Biology: M. jaculator   is recorded as being a parasitoid on three lepidopteran families ( Gelechiidae   , Psychidae   and Tineidae   ) ( Yu et al. 2005). We found 6 specimens within the SMTP. They were caught from July to October in northern Sweden, predominantly in deciduous forests. 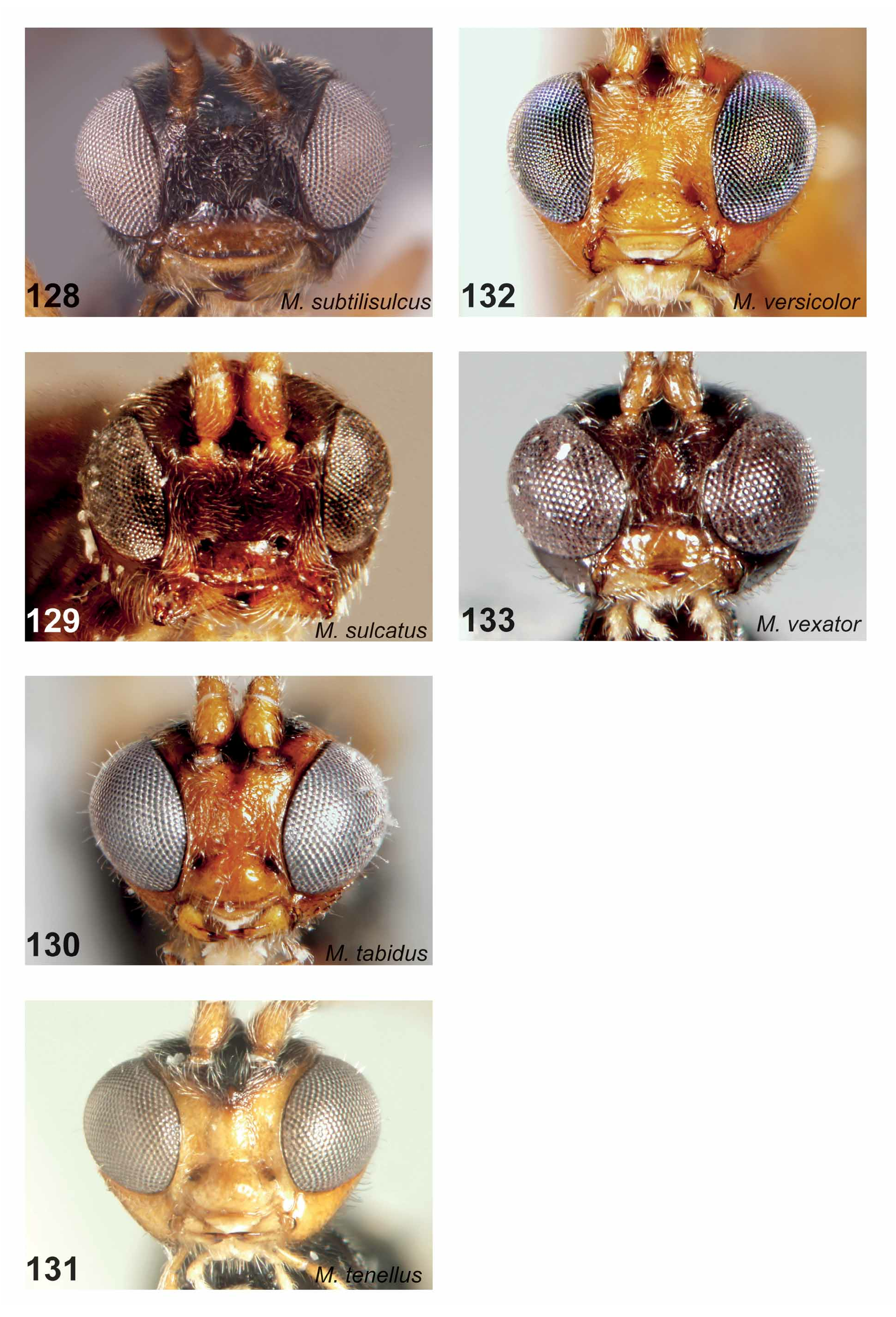 FIGURES 80–133. Anterior view of the head of Meteorus species (except for M. politutele, which is depicted in lateral view).