Diagnosis and comments. T he species is closely allied to D. quercusvirens Ashmead from Florida, being similar in color and a majority of morphological characteristics. The species differ in the length of the notauli, the scutellar foveae, leg coloration and, mainly, in the gall that is induced. Disholcaspis bettyannae has the notauli distinct posteriorly and medially, indistinct anteriorly, smooth, broad and convergent posteriorly, whereas D. quercusvirens has notauli weakly impressed also posteriorly. The new species has scutellar foveae ellipsoidal, shallow but distinct, whereas the scutellar foveae are indistinct in D. quercusvirens . Disholcaspis bettyannae has legs yellowish brown, whereas D. quercusvirens has legs light reddish-brown. The new species induces a small globular gall (6– 11 mm diameter) that does not secrete nectar. Internally, it is of a compact, rather hard, corky texture and contains a free, oval yellowish larval cell ( Fig. 6 View FIGURE 6 C), whereas D. quercusvirens induces similar small, globular galls, internally spongy, which exude a sticky substance that attracts ants. In coloration, Disholcaspis bettyannae also resembles D. unicolor Kinsey from Mexico and D. mamillana Weld from California ( USA) but differs from them mainly in the type of gall that it induces and host plant. The galls of D. unicolor and D. mamillana are large globular bullets (21 mm in diameter) with a nipple at the apex. Additionally, the anteroadmedian signa are not visible in D. unicolor , whereas they are discernible in D. bettyannae . A few more Disholcaspis species described from Mexico by Kinsey (Kinsey 1937) namely, Disholcaspis laetae Kinsey , D. purlans Kinsey , D. purpurea Kinsey and D. regina Kinsey 1937 seems also closely similar to the Panamanian species here described. However the Mexican species differ from them in the general brightly cherry rufous coloration and the smaller size of adults, as well as for the smooth and shining gall surface and the different oak hosts, being associated mainly to dwarf oaks as Q. laeta , Q. reticulata and Q. repanda .

Biology. Only the asexual generation is known, inducing galls on Quercus bumelioides Liebm. (section Quercus ). The galls are found between October and May during the dry season in Panama. The insects studied emerged in December and February. 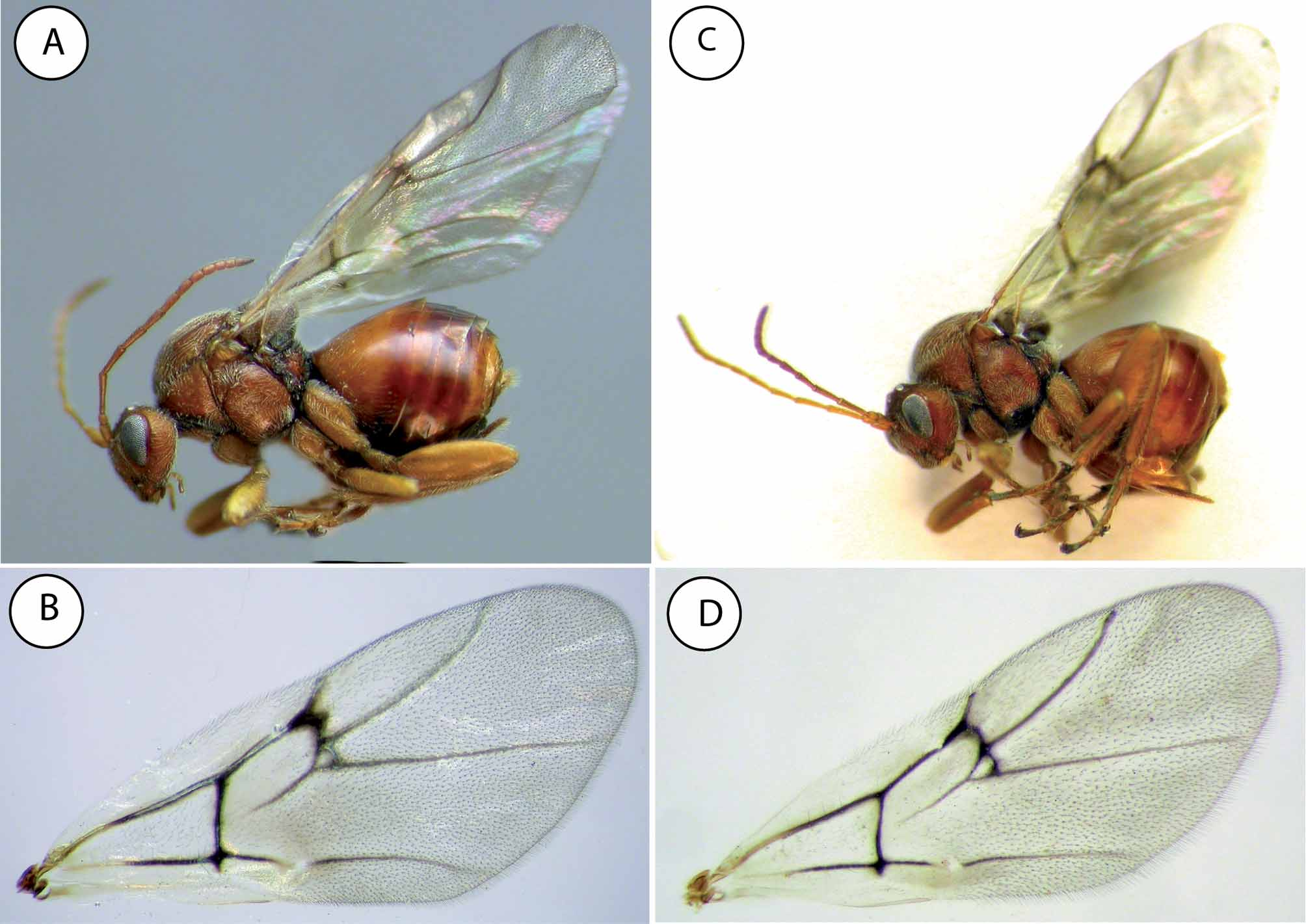