Colour and structural features. Similar to male holotype except for general body colour white to yellowish. Female head shorter than male head in dorsal view; vertex wider than its median length, slightly protruding before eyes; tylus of female specimens brown, with yellow spot on its centre; vertex equal to or longer than its length; ocular commissure about three-fifths to two-thirds as long as vertex; labrum and rostrum brown; males with first and second segments of rostrum brown ventrally and yellow laterally. Posterior margin of fovea over pronotum somewhat stained with brown; longitudinal median stripe of hemelytra hyaline; costal region of hemelytra and part of superior region of stripe stained with brown; greatest pronotum width from 3.1 to 3.6 times its length; median longitudinal stripe of female hemelytra irregular, enlarged near base, becoming narrower at second third of its length; internal margin of embolium with toothed area along posterior half, bearing 45 to 65 teeth; hind femora of male with nine to 12 setae distributed throughout inner margins; hind femora of female with 13 to 15 setae distributed throughout inner margins. Female abdomen with slight constriction in its second half, wherein fits toothed area of hemelytra (similar to Figure 6E View Figures 5–8 ).

Named in honour of Dr Nico Nieser (National Museum of Natural History – “Naturalis”, the Netherlands) for his contributions to the study of Brazilian backswimmer taxonomy and because he is currently one of the greatest researchers of Nepomorpha. 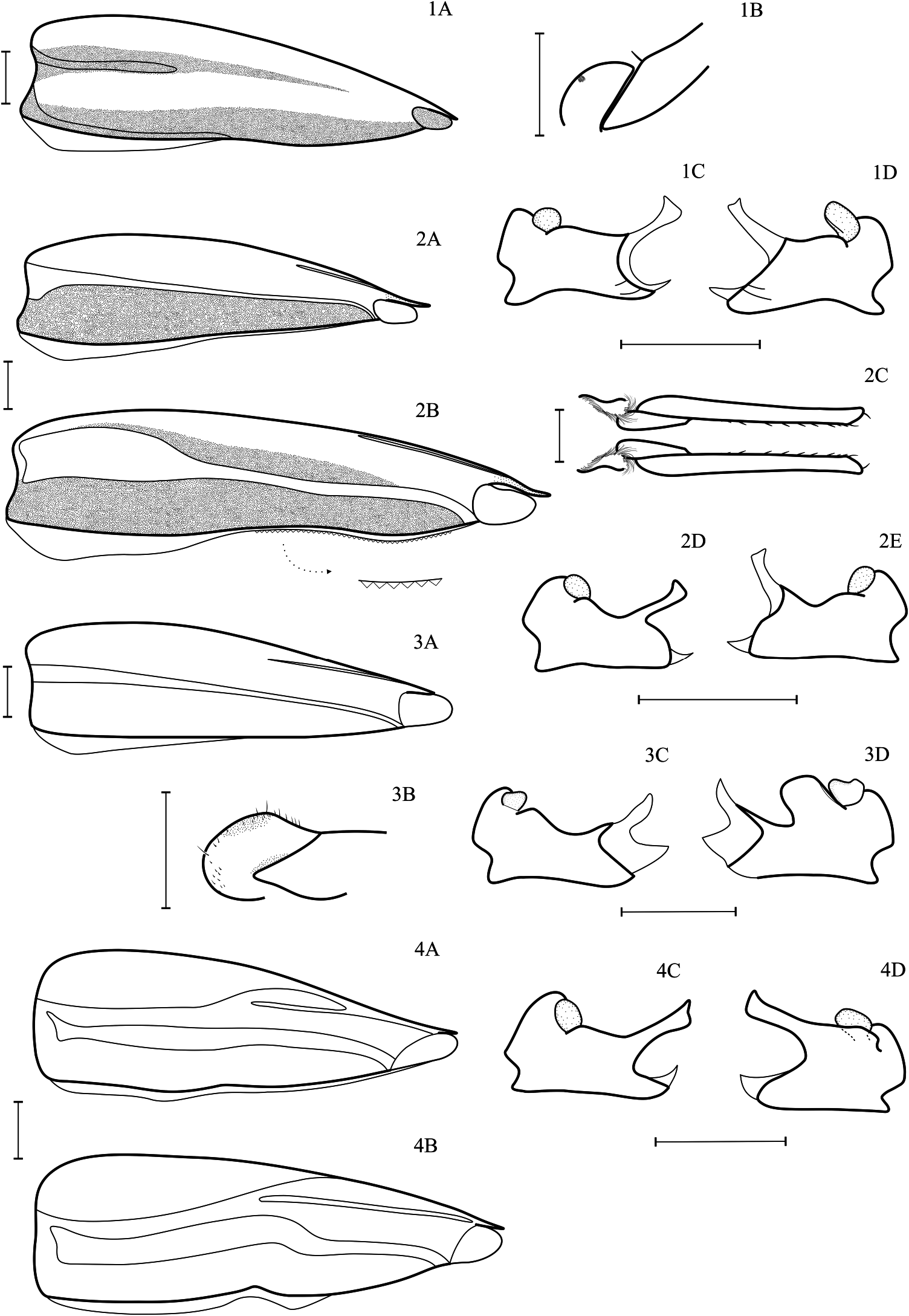 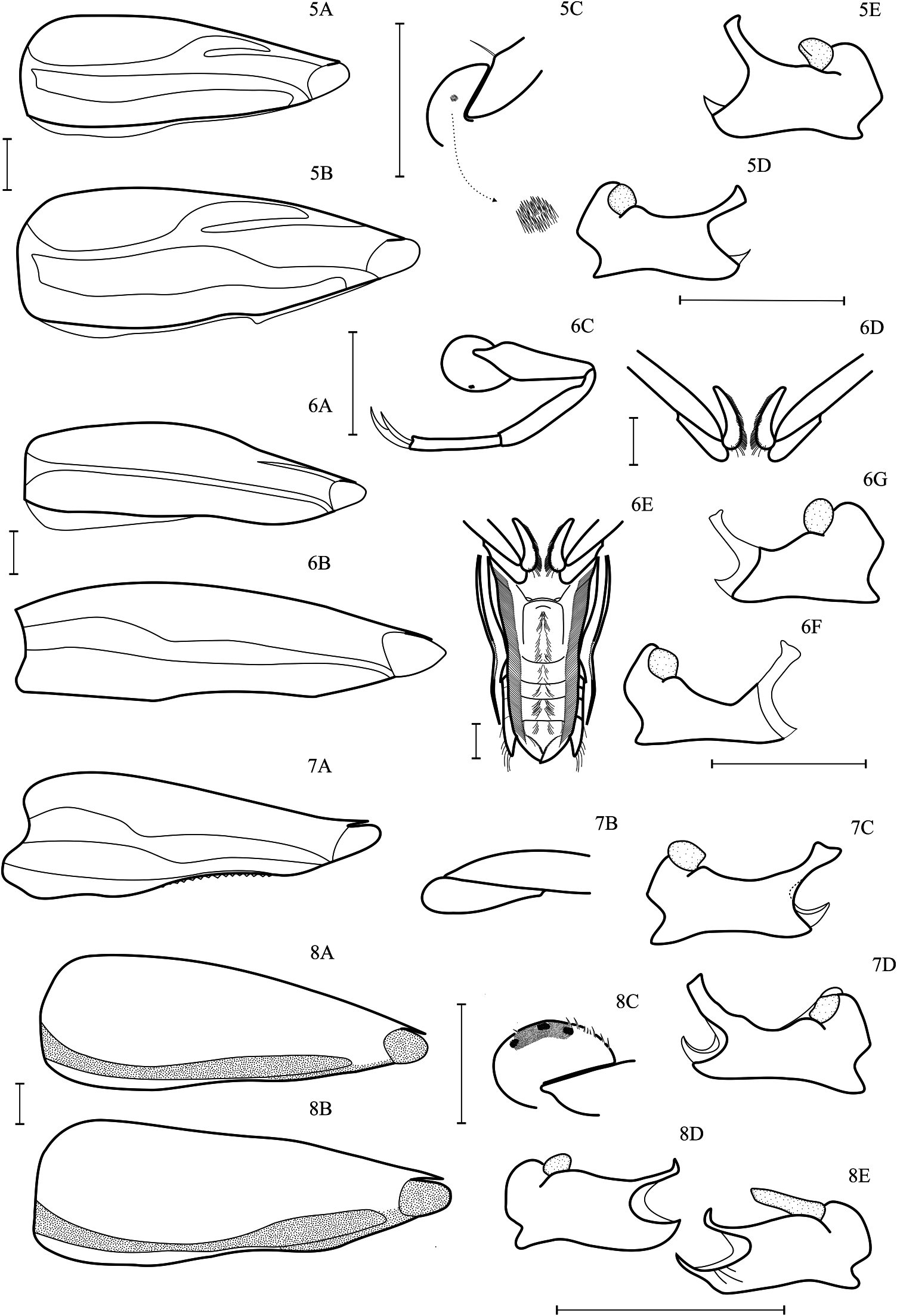