Very similar to the above-described T. nanulus   sp. nov. from the same mountain area, but slightly larger, with eyes smaller, pronotum less transverse, laterobasal area of pronotum more depressed, aedeagal median lobe more elongated. For differentiation from the other rather tiny species of Trechus   from the Bale Mts, see key to species and the diagnosis for the respective species below.

The specific epithet refers to the village Rira, close to the type locality of the new species.

COLOUR AND MICROSCULPTURE. As described in T. nanulus   sp. nov.

HEAD. Eyes small, tempora 1.1 times as long as eyes. Proportions of the first four antennomeres as follows: 1/1/0.9/0.8. In all other characters as described in T. nanulus   sp. nov.

PTEROTHORAX. Elytra convex on disc, in dorsal view moderately short and broad, broadest in midlength or slightly before, with shoulders fully rounded; broadly rounded at apex. Striae impunctate, parascutellar stria absent, striae 1–5 indistinct (stria 1 absent in the paratype specimen), striae 6–7 absent, stria 8 moderately impressed from level of the middle group of the marginal umbilicate pores towards apex. All intervals flat. Recurrent preapical stria deep, curved in front, directed to the fifth stria. Third stria with two setiferous dorsal pores, the anterior one between anterior elytral fifth and quarter, the posterior one in middle, and with preapical seta situated at the apical anastomosis of second and third striae, slightly closer to the elytral apex than to the suture. Number and positions of the setae of the marginal umbilicate series as in Trechus   s. str.

Known only from the southern slope of the Bale Mts, above Rira village, at an altitude of approx. 3200 m. 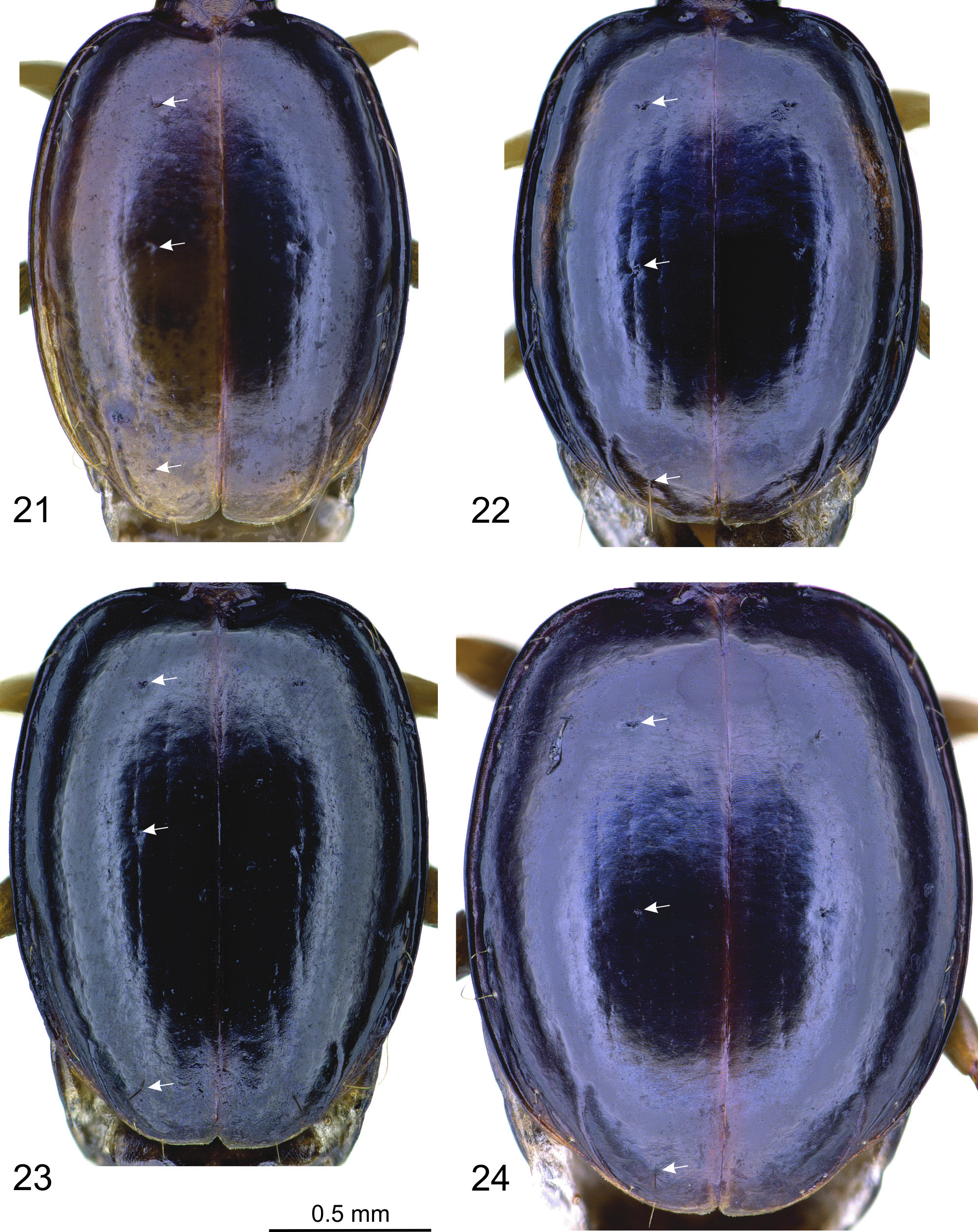