The specific epithet refers to the very small body length of the species and particularly to the fact that it represents the smallest Trechus   species known from Ethiopia.

MICROSCULPTURE. Same in males and females. Head with comparatively large, almost isodiametric meshes on disc and supraorbital area, and smaller meshes on clypeus. Pronotum and elytra with slightly engraved narrow transverse meshes, which are narrower on elytra than on pronotum.

PTEROTHORAX. Elytra convex on disc, in dorsal view markedly short and broad, broadest in mid-length, with shoulders fully rounded; broadly rounded at apex. Striae impunctate, parascutellar stria and first stria absent, latter sometimes finely impressed near apex, striae 2–5 indistinct but present, striae 6–7 usually absent, stria 8 impressed only at levels of the middle and subapical groups of the marginal umbilicate pores. All intervals flat. Recurrent preapical stria deep, curved in front, directed to the fifth stria. Third stria with two setiferous dorsal pores, the anterior one slightly behind the anterior elytral quarter, the posterior one slightly behind middle (except in one specimen without posterior discal seta!), and with preapical seta which is situated at the apical anastomosis of second and third striae slightly closer to the elytral apex than to the suture. Number and positions of the setae of the marginal umbilicate series as in Trechus   s. str. ( Fig. 12 View Figs 9–12 ).

Known only from Harenna Forest on the southern slope of the Bale Mts, below Rira village, at altitudes of 2380–2690 m. 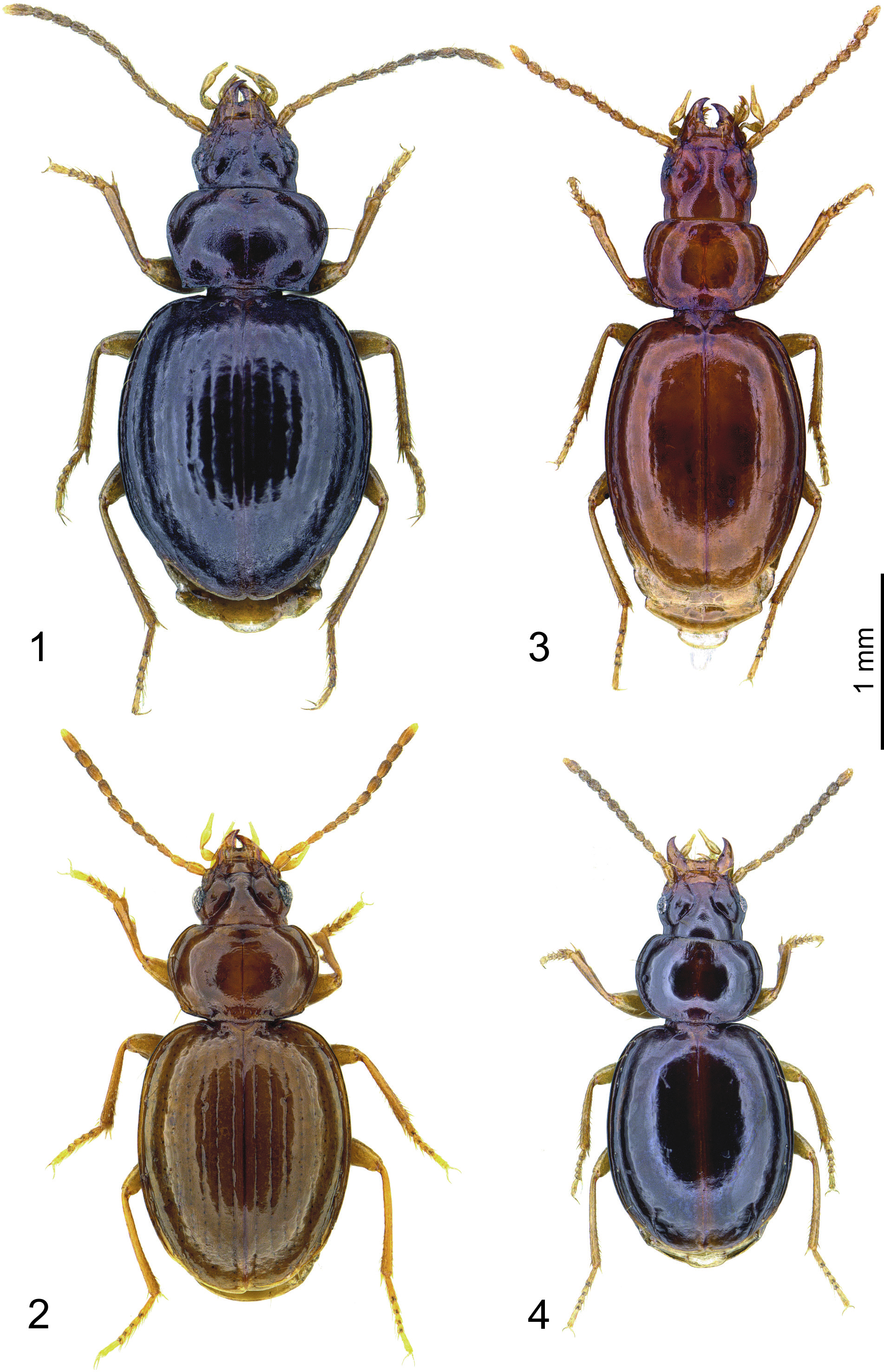 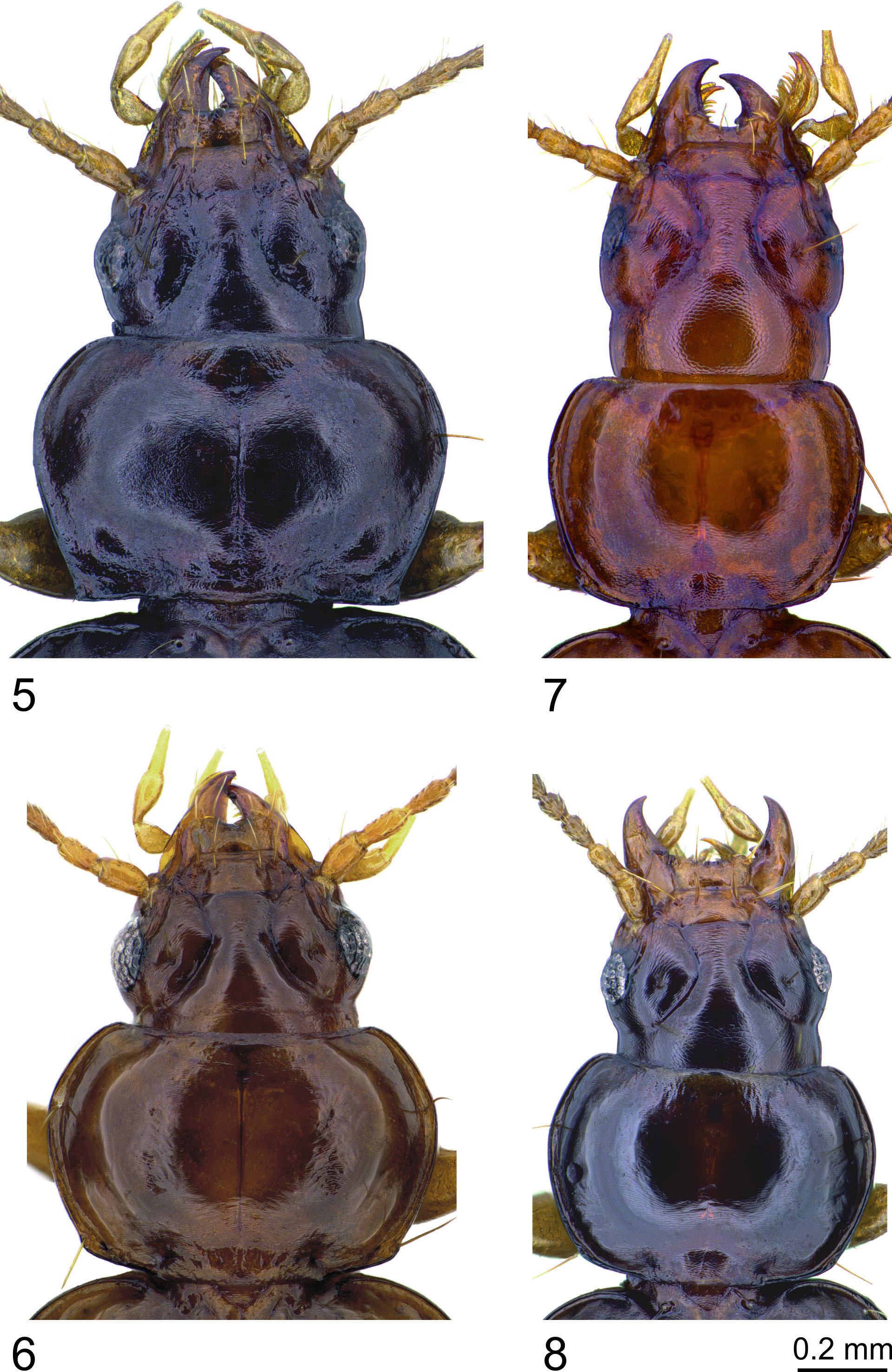