Within the fauna of the study area this species is easy to distinguish from all other Trechus   species by the combination of the following characters: eyes large; pronotal laterobasal angles very large, acute, distinctly protruded lateriad and posteriad; two basal protarsomeres of male dilated. A very marked similarity of the male genital characters of T. mekbibi   sp. nov. is observed with T. hagenia   sp. nov.; for differentiation see Identification chapter of the latter species below.

This very characteristic new species is dedicated to Mr. Mekbib Fekadu, Addis Ababa and Marburg, expert of mountain and plant ecology of Ethiopia, for his long-standing help and support given to the research teams on the Bale Mts biogeography.

PTEROTHORAX. Elytra markedly convex on disc, in dorsal view broad oval, broadest in mid-length, with shoulders markedly broad, shortly rounded towards base; apex suggestively pointed. Striae impunctate or suggestively punctate, parascutellar stria moderately short, deep, striae 1–2 (3) moderately impressed, external striae finer, 6–7 usually absent, 8 deeply impressed from level of the middle group of the marginal umbilicate pores towards apex. Intervals flat or internal 1–3 intervals very slightly convex. Recurrent preapical stria deep, short, slightly curved in front, directed to the seventh stria. Third stria with two setiferous dorsal pores, the anterior one near the end of the anterior elytral quarter, the posterior one in middle, and with preapical seta which is situated at the apical anastomosis of second and third striae almost as close to the elytral apex as to the suture. Number and positions of the setae of the marginal umbilicate series as in Trechus   s. str.

From the Rira Valley, on the southern escarpment of the Bale Mts to the western part of the Bale Mts near the city of Dodola; not on the eastern and northeastern slopes of the massif. The species was found at altitudes of 2700–3400 m. 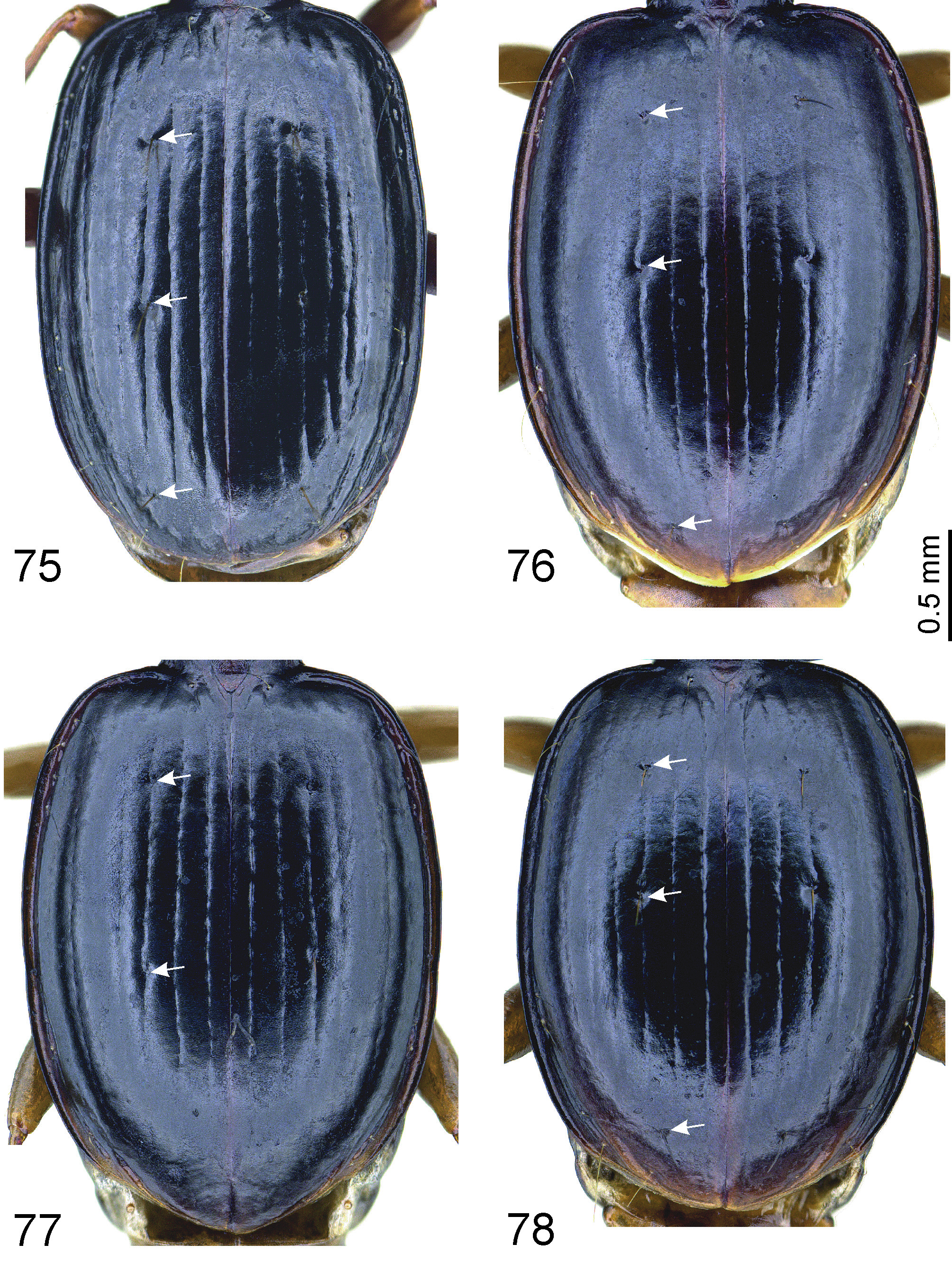