The specific epithet refers to the markedly large and broad elytra.

HEAD. Tempora about half as long as eyes; proportions of the first four antennomeres as follows: 1/0.75/0.9/0.85. In all other characters as described in T. sanettii   sp. nov.

PTEROTHORAX. Elytra markedly convex on disc, slightly flattened if viewed from behind, in dorsal view broad oval, broadest in mid-length, with shoulders broadly rounded; apex suggestively pointed. Striae suggestively punctate, parascutellar stria moderately long and deep, striae 1–3 moderately deeply impressed, 4–6 finer, 7 indistinct, 8 deeply impressed from level of the middle group of the marginal umbilicate pores towards apex. First interval slightly convex, external intervals flat. Recurrent preapical stria deep, moderately short, slightly curved in front, directed to the seventh stria. Third stria with two setiferous dorsal pores, the anterior one near the end of the anterior elytral quarter, the posterior one in middle, and with preapical seta which is situated at the apical anastomosis of second and third striae, as close to the elytral apex as to the suture.

Endemic to the Harenna forest on the southern slope of the Bale Mts; known only from along a single brook valley east of Rira village at an altitude of 2900 m. 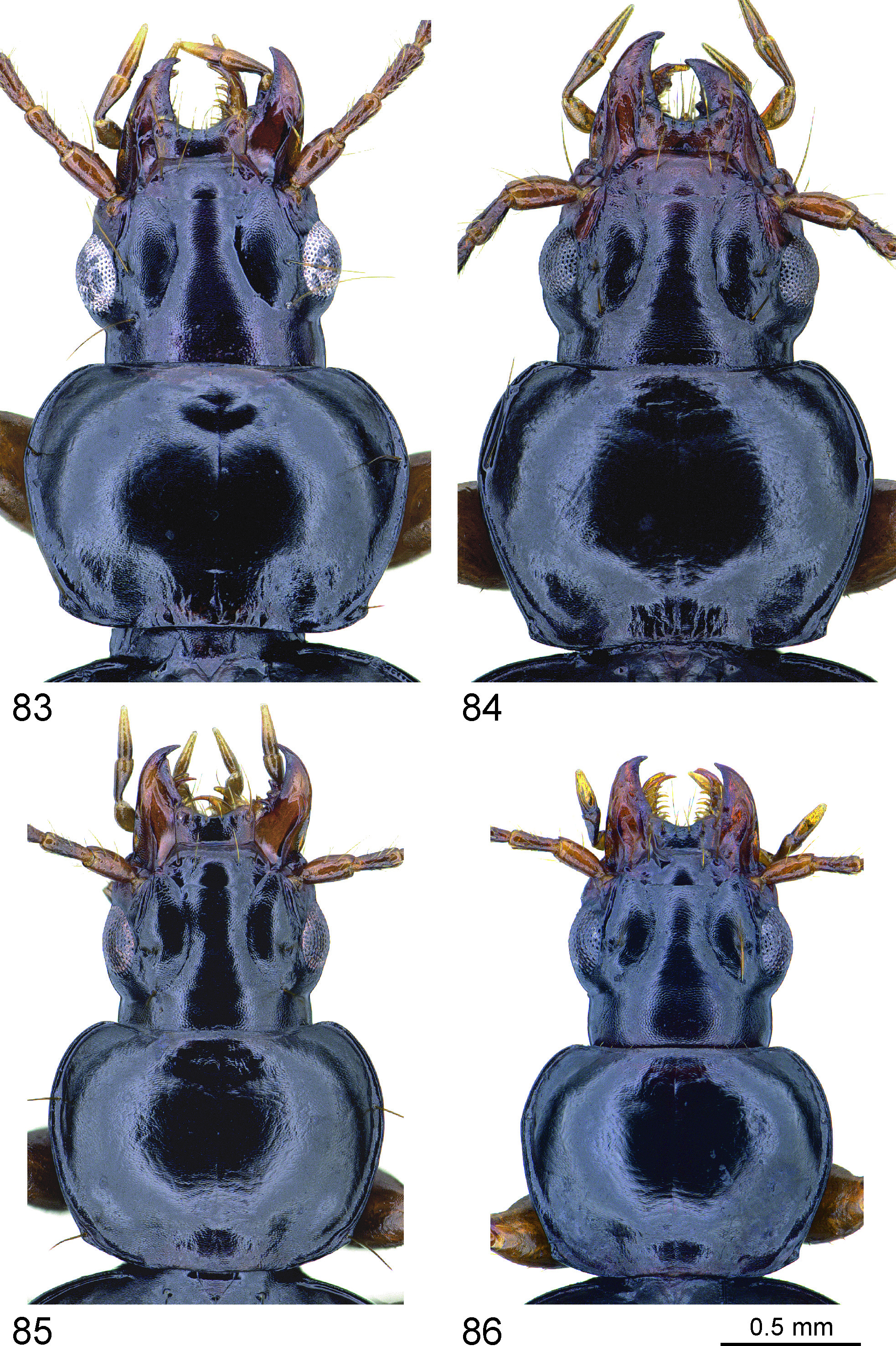