Variation. The paratypes agree very well with the holotype male except in few non-sexual characters. The cervical grooves are proportionately broader and the ambulatory legs relatively longer in larger specimens.

Etymology. The name is derived from the Greek kerinos for “yellowish wax colour”, alluding to the appearance of the species in life. The name is used as a noun in apposition. 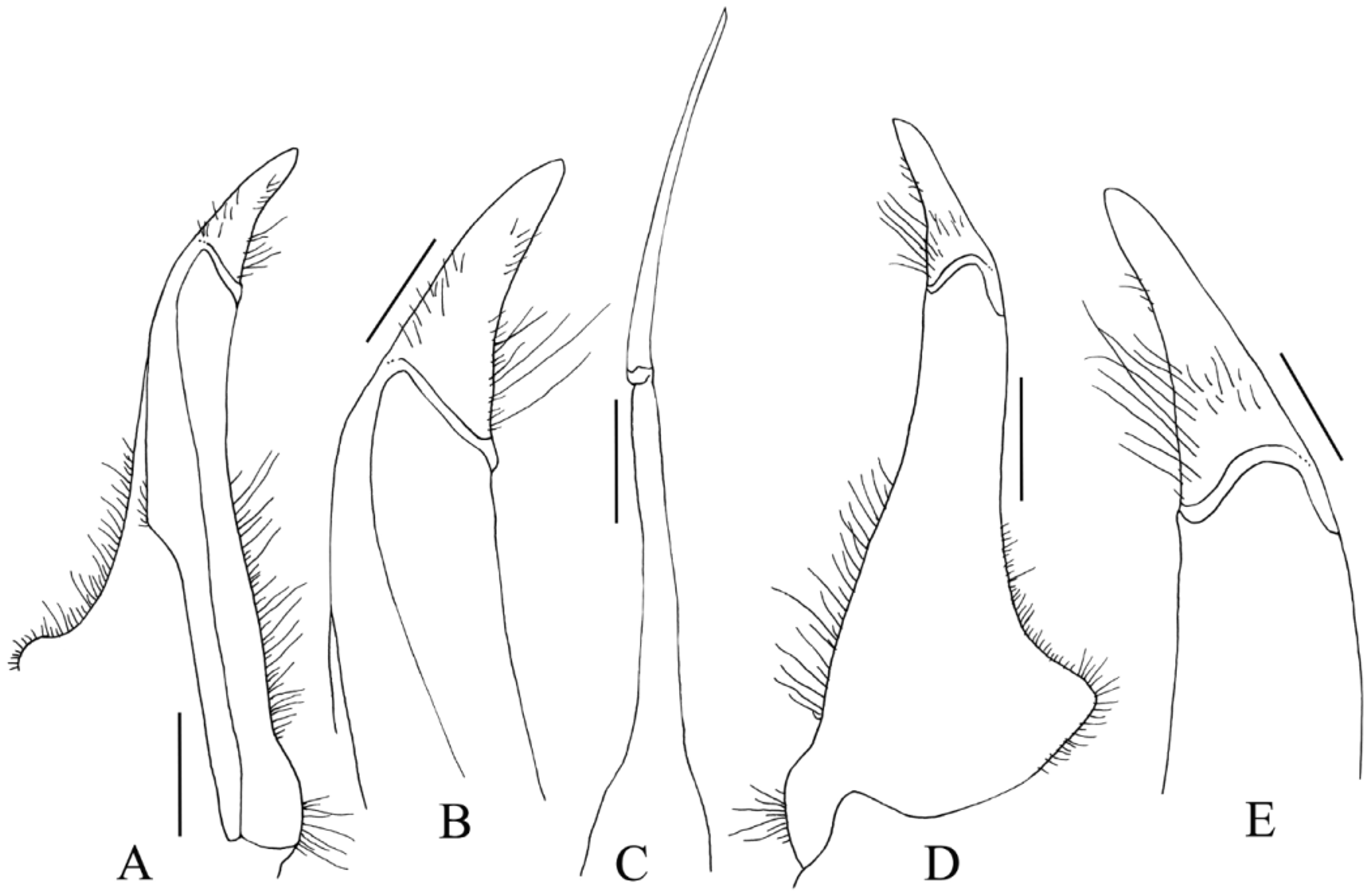