Habitat. Montane woodlands and grasslands throughout the Big Bend area.

Comments. Phanaeus texensis   is not common in the Big Bend, but it is widespread there. It is a burrowing species that searches for food (usually dung) on the surface that, once located, is buried by bits in tunnels underneath or to the side of its find. Often the only sign that it is present is a small mound of soil pushed to the surface during excavation of the tunnel. Because it passes most of its adult life underground, this species is, in spite of its size and conspicuousness, largely unknown to ranchers, hunters and others who frequent pasturelands in the area. While it prefers montane habitats, it can be found in other grassland and scrub habitats as well, but usually above 1380 m. Big Bend specimens of this species are always darkly colored, but scarce individuals can occasionally assume metallic green/coppery coloration in eastern parts of the state. In 1994, I considered P. texensis   (as P. triangularis texensis   ) essentially absent from the Big Bend, an error corrected here. A peripheral record in Pecos Co. about 32 km northwest of Marathon on U.S. Hwy 385 (Brewster Co.), reports P. texensis   from a deer carcass.

While P. texensis   occurs throughout much of the western two-thirds of the state, including the Big Bend, another species occurs at the periphery of the Trans-Pecos and could be regarded as an incipient (or perhaps previous) member of the Big Bend fauna. This second Phanaeus   is P. difformis LeConte   ( Fig. 74–75 View Figures 70–75 ), which is broadly distributed in the south-central United States and has penetrated western areas into the northern limit of the Trans-Pecos via river drainage systems into southeastern New Mexico and eastern Colorado ( Edmonds 1994). A few isolated specimens have been collected in the Hueco Mountains east of El Paso ( Schoenly 1983) as well as in Guadalupe Mountains National Park and near Malaga, New Mexico (personal records). Another common Phanaeus   , P. vindex MacLeay   , occurs widely in the Texas plains, New Mexico and Arizona; I agree with Bill Warner (pers. comm.) that its apparent absence from the Trans-Pecos is surprising. 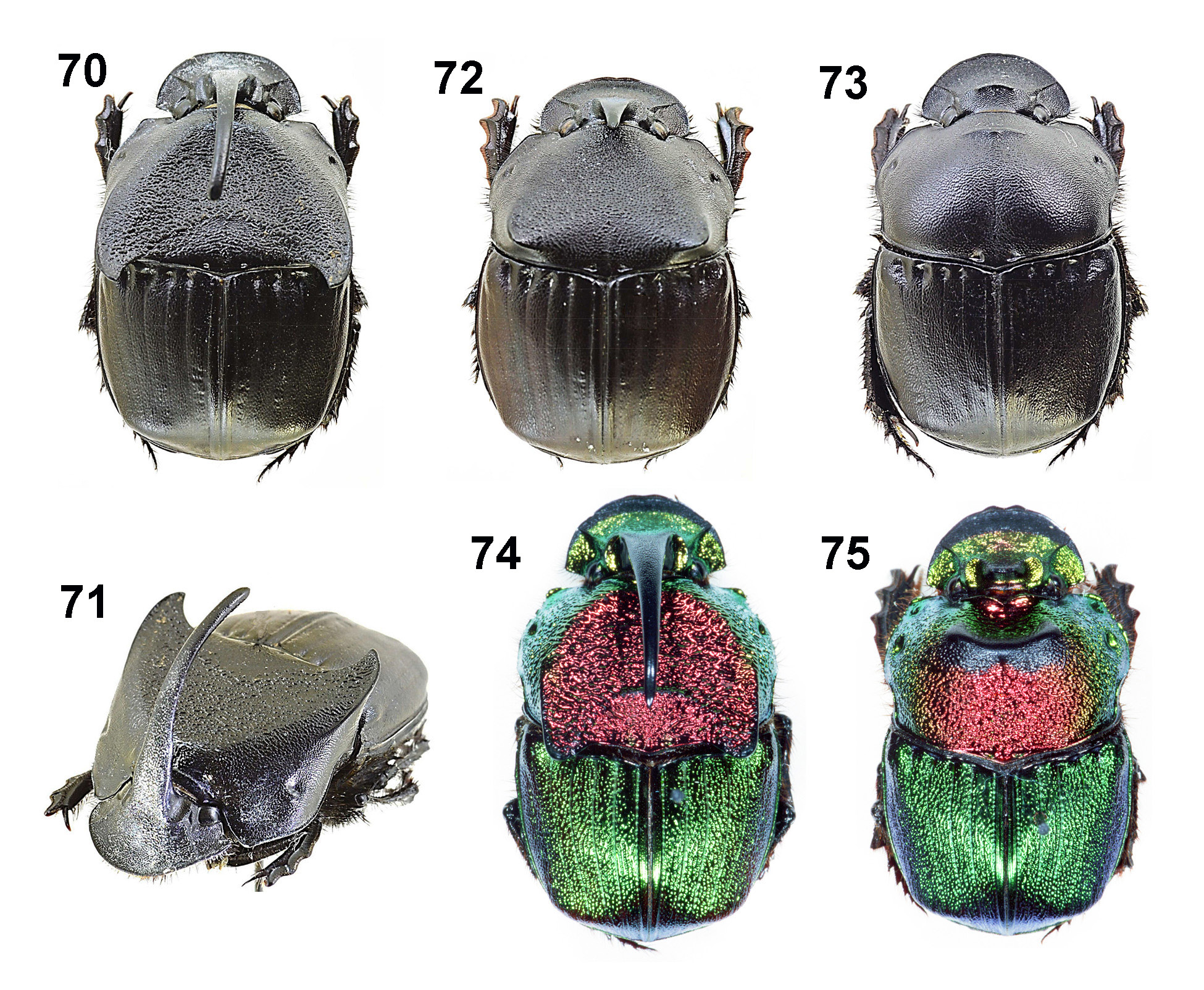