Differential diagnosis. Mecynotarsus speciosus   sp. nov. can be easily distinguished from all species by the setation characters of the body: pronotal disc and elytra densely covered by silvery, bifurcate to frayed setae ( Fig. 184 View Figs 177–185 ), and hirsute, with many erect tactile setae. Additionally, it is conspicuous in having a granulate pronotum, comparatively short antennae (most species with a granulate pronotum have conspicuously long antennae), distinctly lobed lateral margins of the frons, and a rather distinctive form of the parameres.

Etymology. The species name is a Latin adjective, speciosus   , -a, -um (= beautiful, splendid); named in reference to the unique body setation. 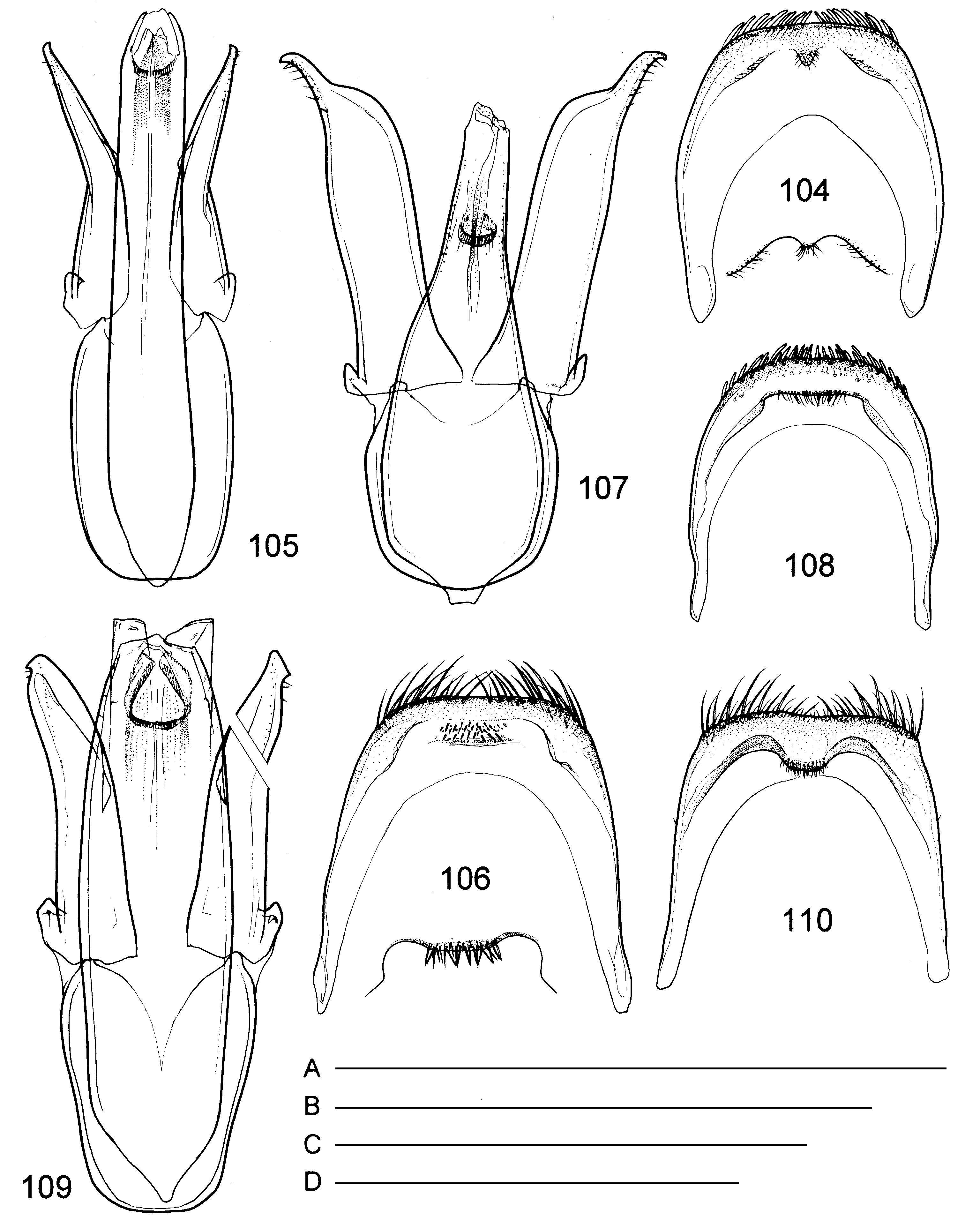 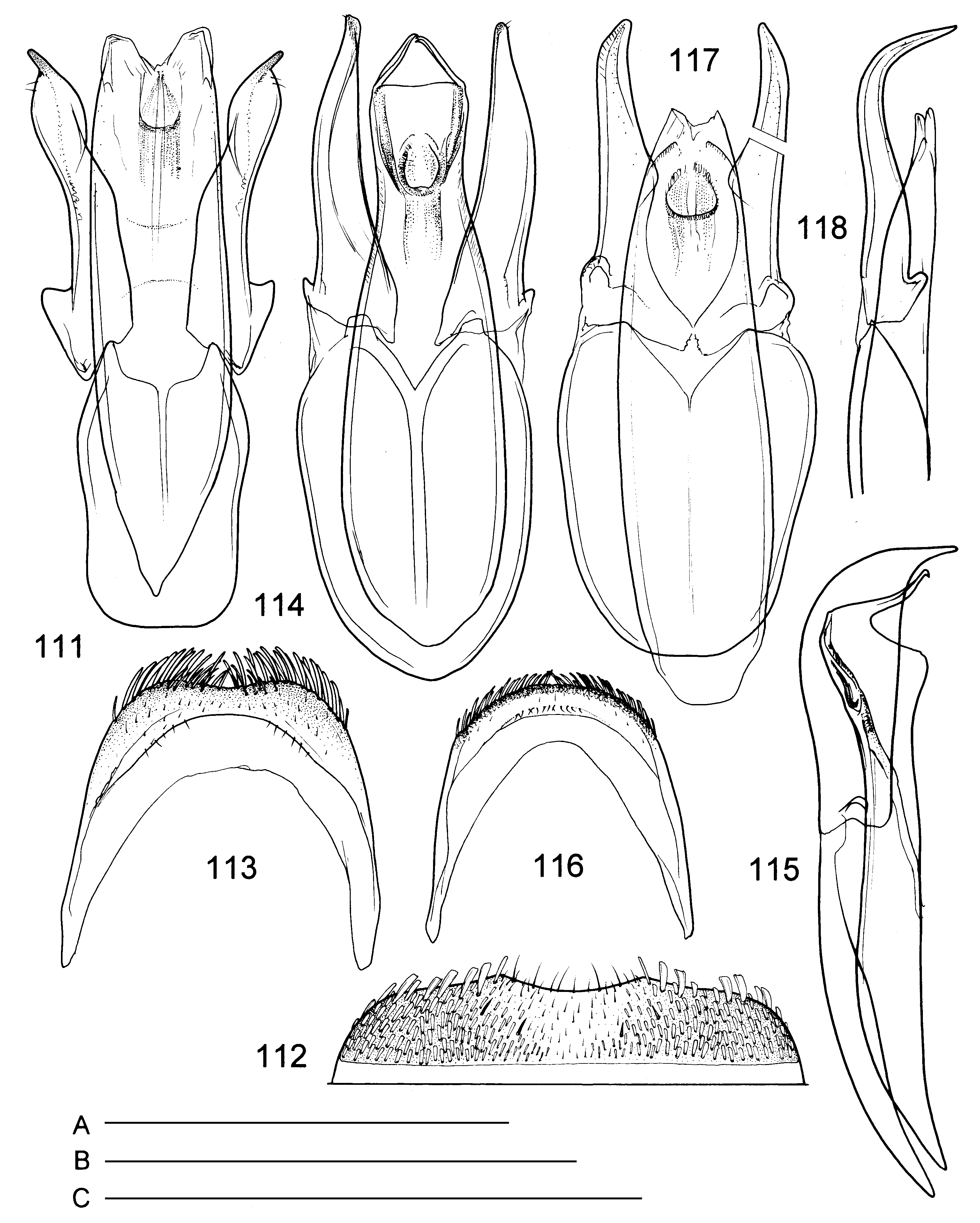 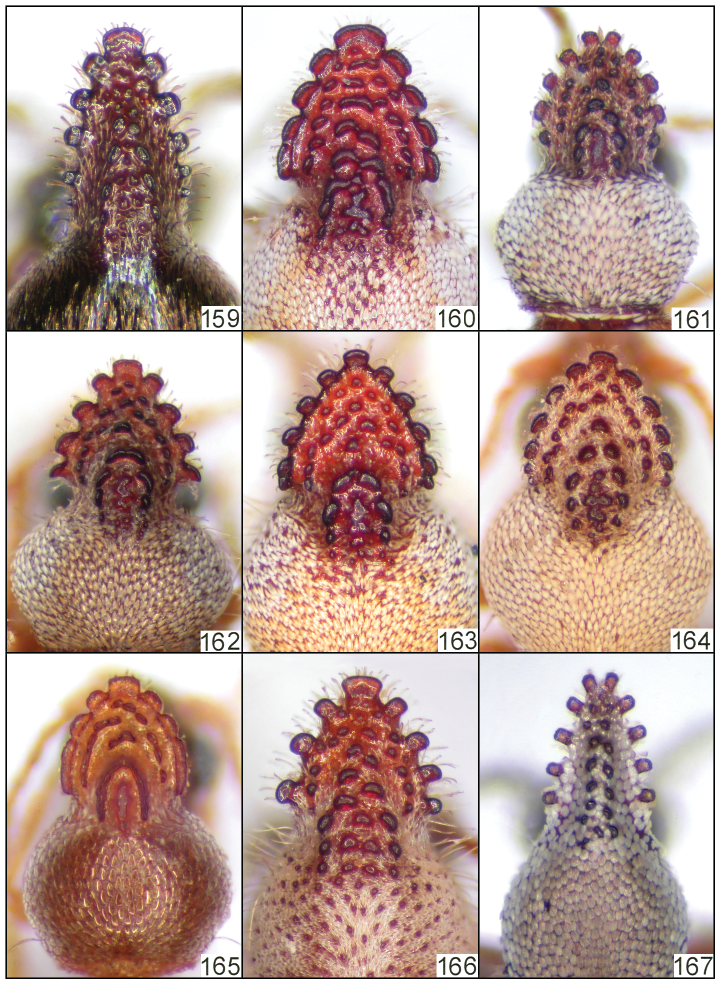 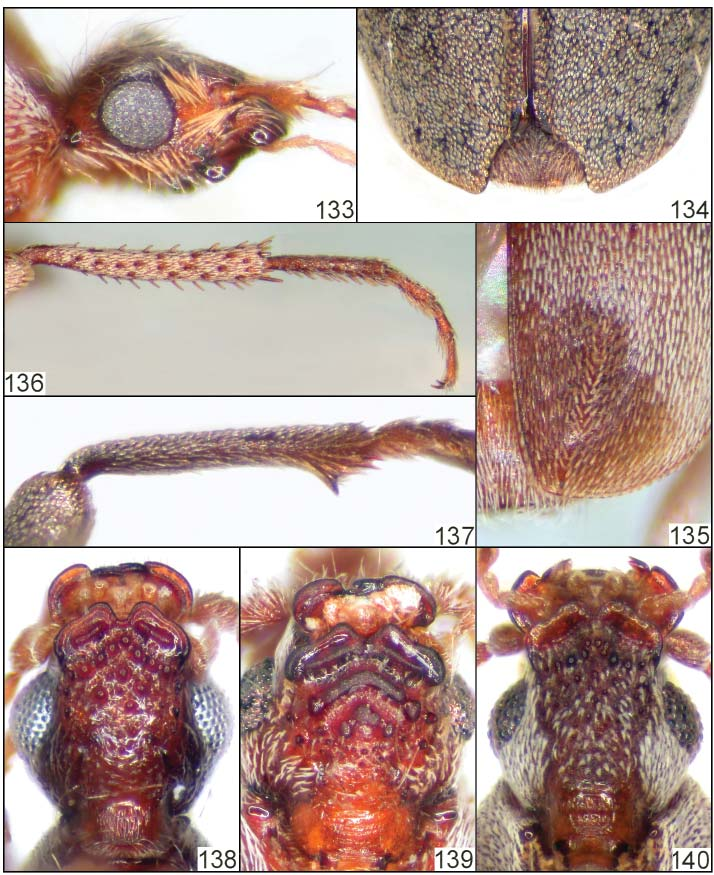