(1928), it was raised to family status by McDonald (1979), who studied the genitalia of both sexes of the Megarididae , Canopidae , and Plataspididae , and concluded that the well-developed scutellum in the three taxa represents only superficial resemblance. The simple nature of several structures of the genitalia, which might well be interpreted as derived loss conditions, caused Rolston and McDonald (1979) to believe that the megaridids probably represent an early offshoot from the pentatomoid line of evolution.

Analytical result: The data adduced in the present study for relationships of Megaris are not as complete as those for Canopus , because we were unable to obtain specimens of Megaris suitable for DNA sequencing. Because the association of Megaris with the Plataspididae in our morphological ( Figs 42–44 View Fig View Fig View Fig ) and some of the total evidence 92-taxon analyses ( Figs 53–54 View Fig View Fig ) is largely based on body form; a sequence data set for this taxon would go some distance toward producing a more credible result regarding its placement within the Pentatomoidea . Certainly in the cases of Canopus and the Plataspididae , the DNA sequence data suggest that body shape alone is misleading with regard to the establishment of phylogenetic affinities. In lieu of the acquisition of additional data, we continue to maintain Megaris at the family level. 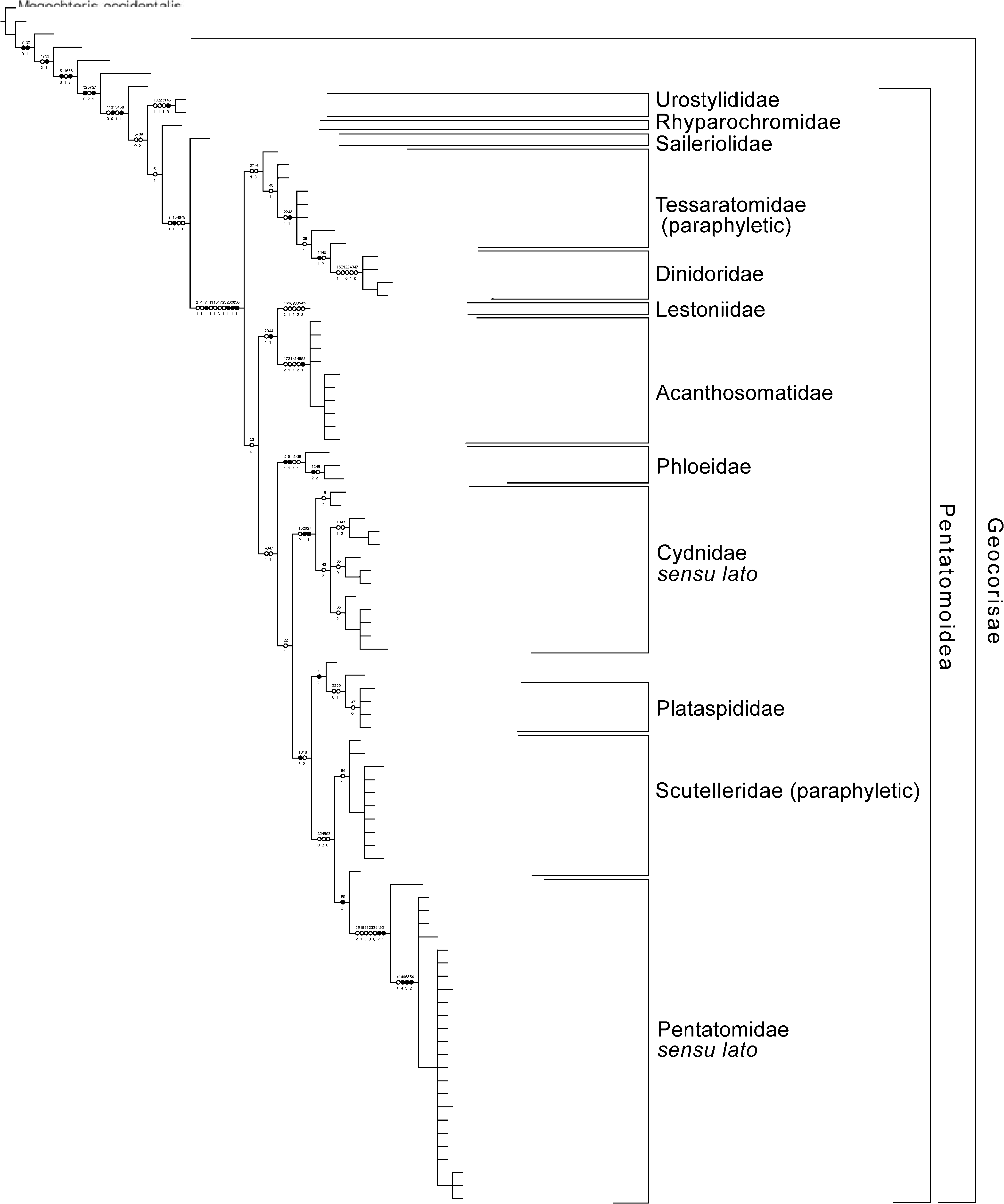 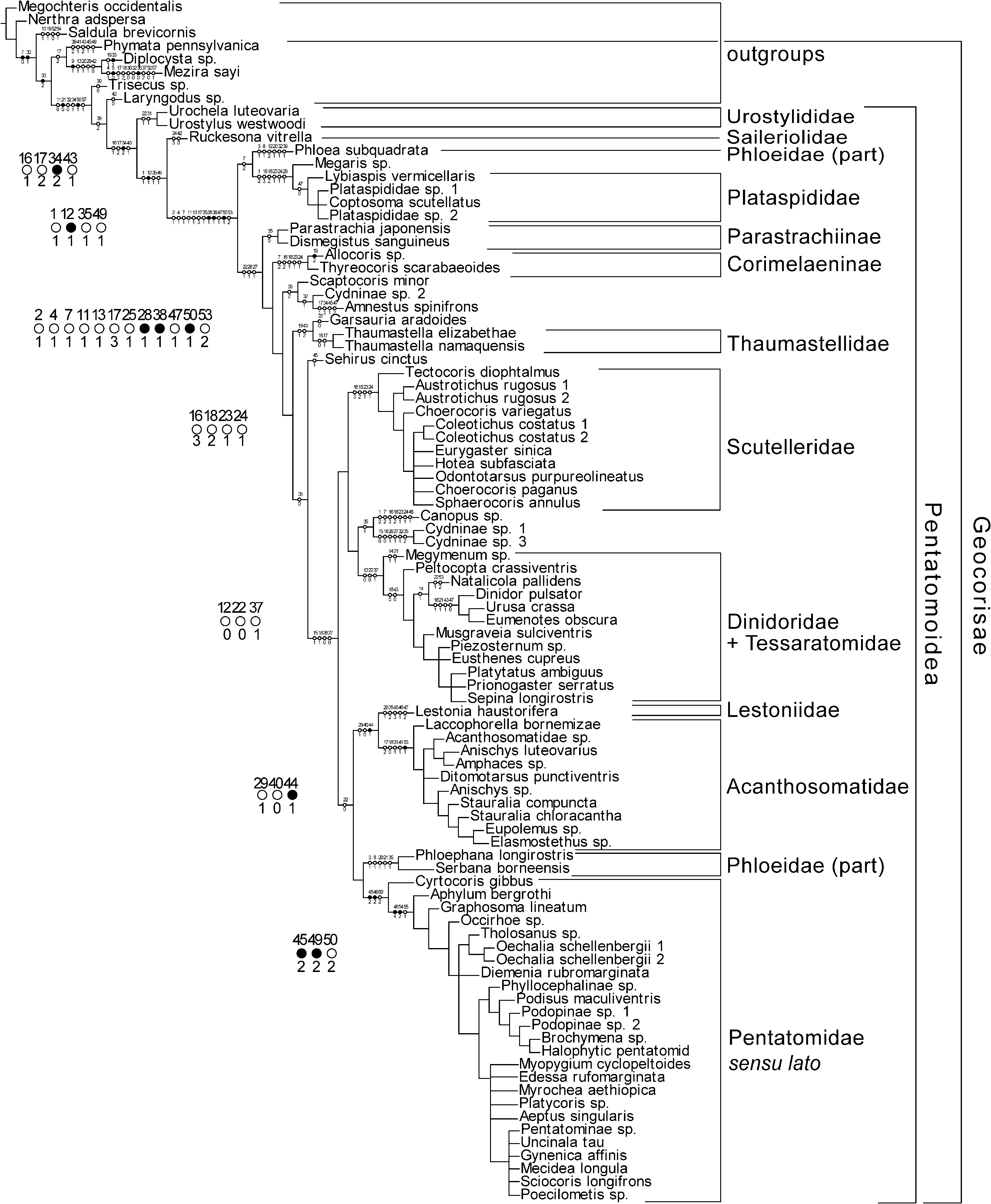