Comparative diagnosis. Males of Pygodiscodon differ from Discodon in the outer claws on the mid- and hind tarsi with a small, fine tooth protruding in an acute angle (in Discodon, the outer claw is apparently split at the apex), and in the last tergite variously shaped, with impressions, constrictions and prominences, and a pair of juxtaposed glandular pores at the apex (in Discodon, the last tergite is usually broad and flat with single posterior glandular pore on either side).

Etymology. No etymology was given in the original description of Pygodiscodon . The name is derived from Discodon Gorham, 1881, established by this author on the notching in the sides of pronotum of males (disco refers to the centre of pronotum and - odon (m.) is the Greek word for tooth). Therefore, the name Pygodiscodon is a masculine ( ICZN 1999, art. 30.1.2), and the mandatory changes in spellings of species names are henceforth made accordingly ( ICZN 1999, art. 34.2).

Key to species of Pygodiscodon Wittmer, 1966

Natural history and distribution of Pygodiscodon

Specimens of Pygodiscodon are rarely collected or recorded in collections and consequently little is known about the natural history of the species. CONSTANTIN (2010b) reported a large series of P. apicicornis collected with light and interception traps during a one-year inventory in French Guiana, showing an occurrence period from the end of June to beginning of March for males, and from July to November for females. However, specimens collected in Guyana and Suriname increase the period of occurrence of the species within the whole year for males and from May to December for females.

Also, for P. touroulti , the available records show even occurrences of males and females in the interception flight traps during the whole year, with a peak of emergence in January and February. Both P. apicicornis and P. touroulti appear equally widely distributed over French Guiana and are often collected together in the same traps. At Mont Itoupé, they were observed mostly at 600 m altitude, while P. monoceros is established closer to the top, at altitude of 800 m.

Pygodiscodon gurupi sp. nov. was collected with light traps in a patch of Amazonian forest in the transition between the Amazon and Cerrado biomes in the Maranhão State, northeastern Brazil. The majority of specimens of P. monoceros sp. nov. was attracted by an automatic trap combining a Polytrap cross-glass interception device with a white-pink LED light, but two specimens were attracted by a conventional UV light trap. Specimens of P. similis sp. nov. were collected with Malaise traps at Reserva Ducke, a small forest reserve in the vicinity of Manaus, in central Amazon, and by beating vegetation along the edge of a forest clearing at the Iwokrama Research station, Guyana. Pygodiscodon obscurus is still known only from its type locality and its surroundings.

The genus was previously recorded only from French Guiana and Brazil (Pará: Belém). The new records for the six species extend the distribution of Pygodiscodon to Guyana, Suriname and the Brazilian states of Amapá, Amazonas and Maranhão, from the centre to the northern and eastern reaches of the Amazonian forest ( Figs 59–60 View Figs 59–60 ). 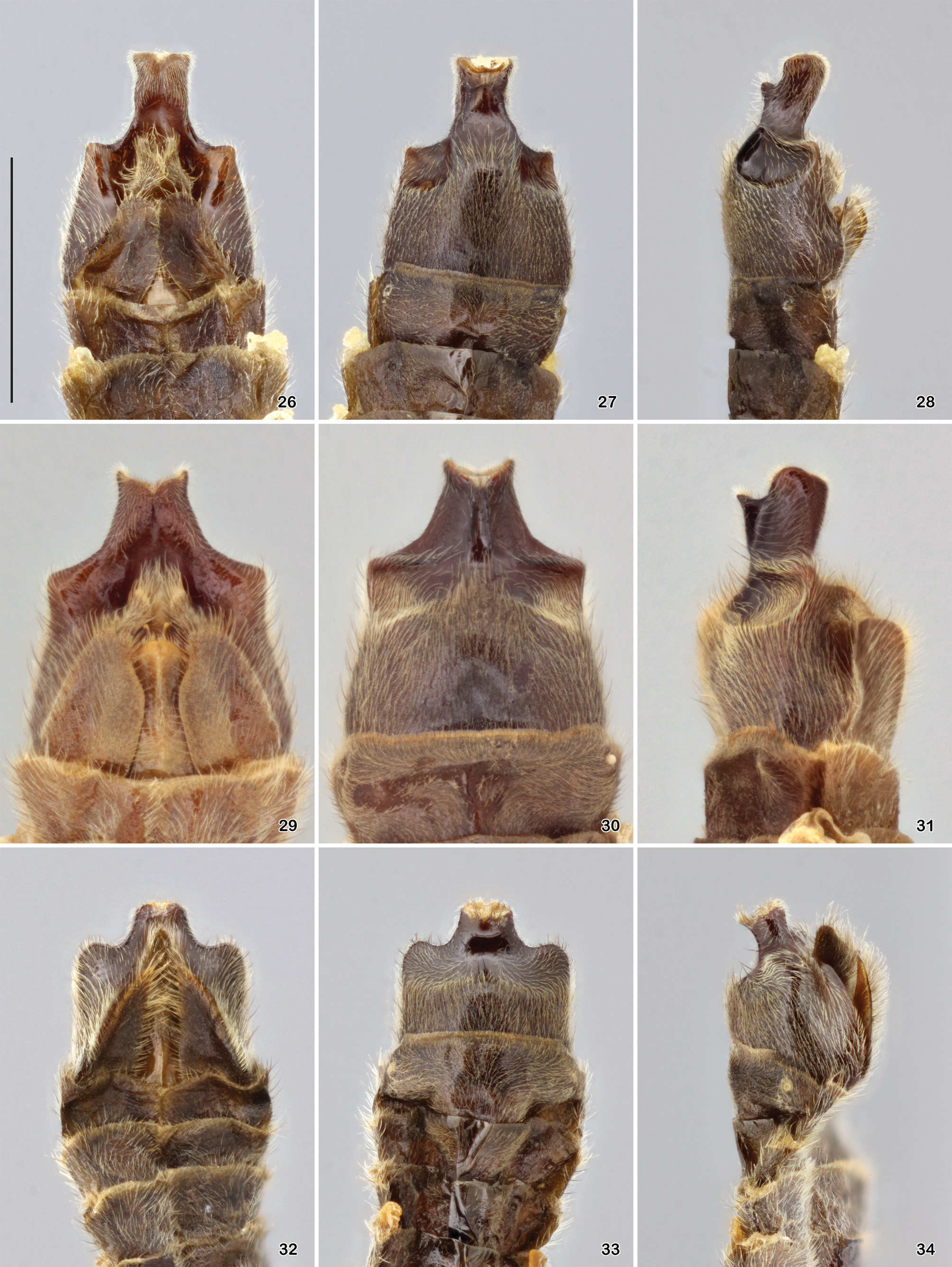 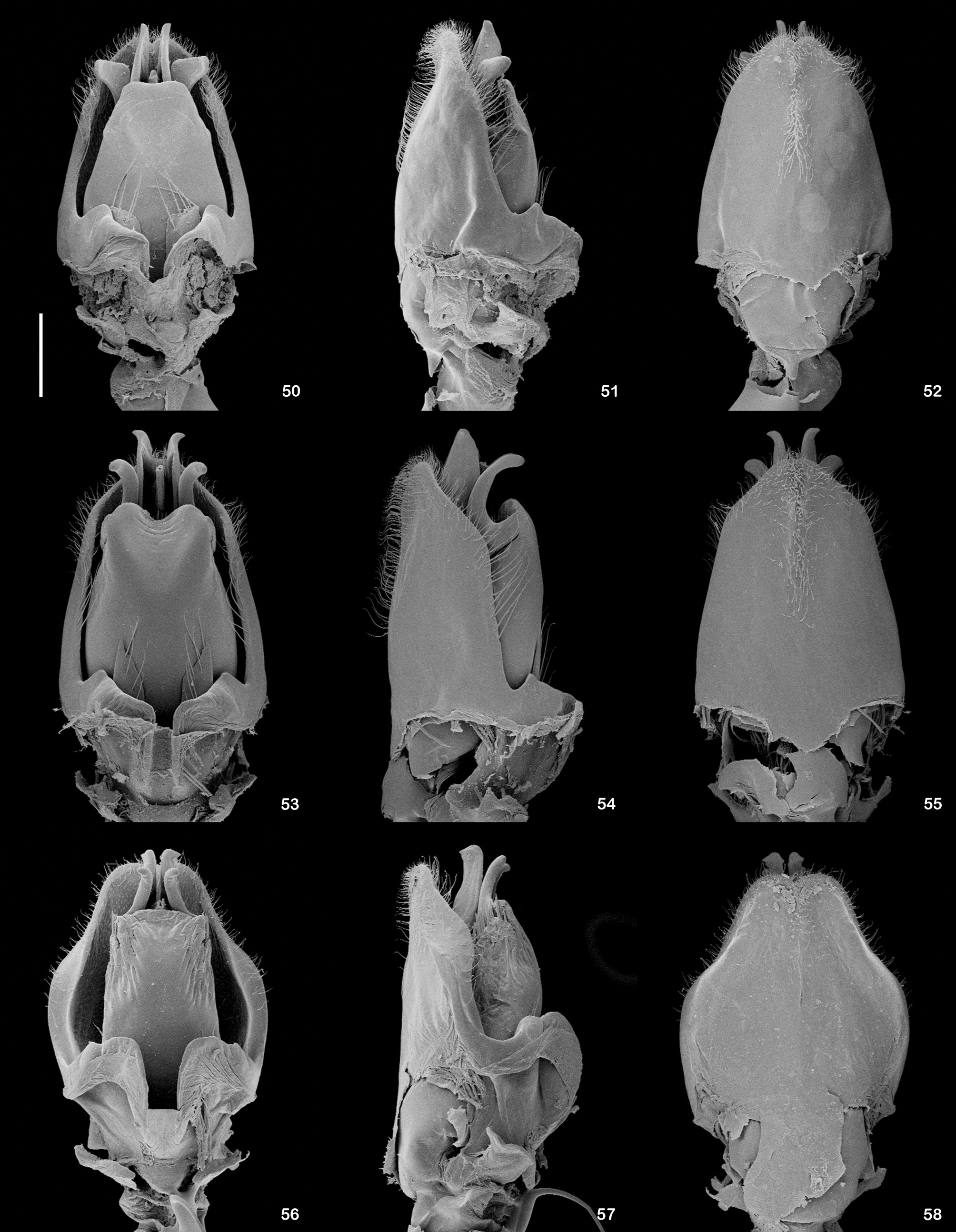