Head. In anterior ( Fig. 4b View FIGURE 4 ) view subtriangular-shaped, about 1.2 times as wide as high, genae not expanded behind compound eyes. Face faintly pubescent, lower face with long striae radiating from sides of clypeus, reaching the base of compound eyes and almost the toruli; medially without striae; vertical carinae weak and incomplete, short, running just a little from inner ventral margin of the toruli and delimiting a small depressed area. Clypeus distinct, ventral margin not projected over mandibles. Malar space short, about 0.3 times as long as height of compound eye. Anterior tentorial pits visible; pleurostomal sulcus absent, epistomal sulcus slightly impressed. Transfacial line about 0.8 times as long as height of compound eye. Toruli situated mid-height of compound eyes; distance between torulus and compound eye about as long as diameter of the toruli; distance between the toruli shorter than diameter of the toruli. Front alutaceous, with neither punctures nor frontal carinae. Head in dorsal view ( Fig. 7b View FIGURE 7 ) is about 2.0 times as wide as long (43/22). Vertex alutaceous, with some scarce small piliferous punctures. POL:OOL:LOL = 12:5:5 and diameter of lateral ocelli, 3.5. Occiput alutaceous, with some scarce small piliferous punctures.

Remarks. Ceroptres lanigerae   was originally described from an unstated number of specimens ( Ashmead 1885: 301). We located and examined 1♀ deposited in USNM. Based on Ashmead’s description, there could be more specimens belonging to the type series, including males (even though Ashmead does not mention anything about males of this species in the original description). 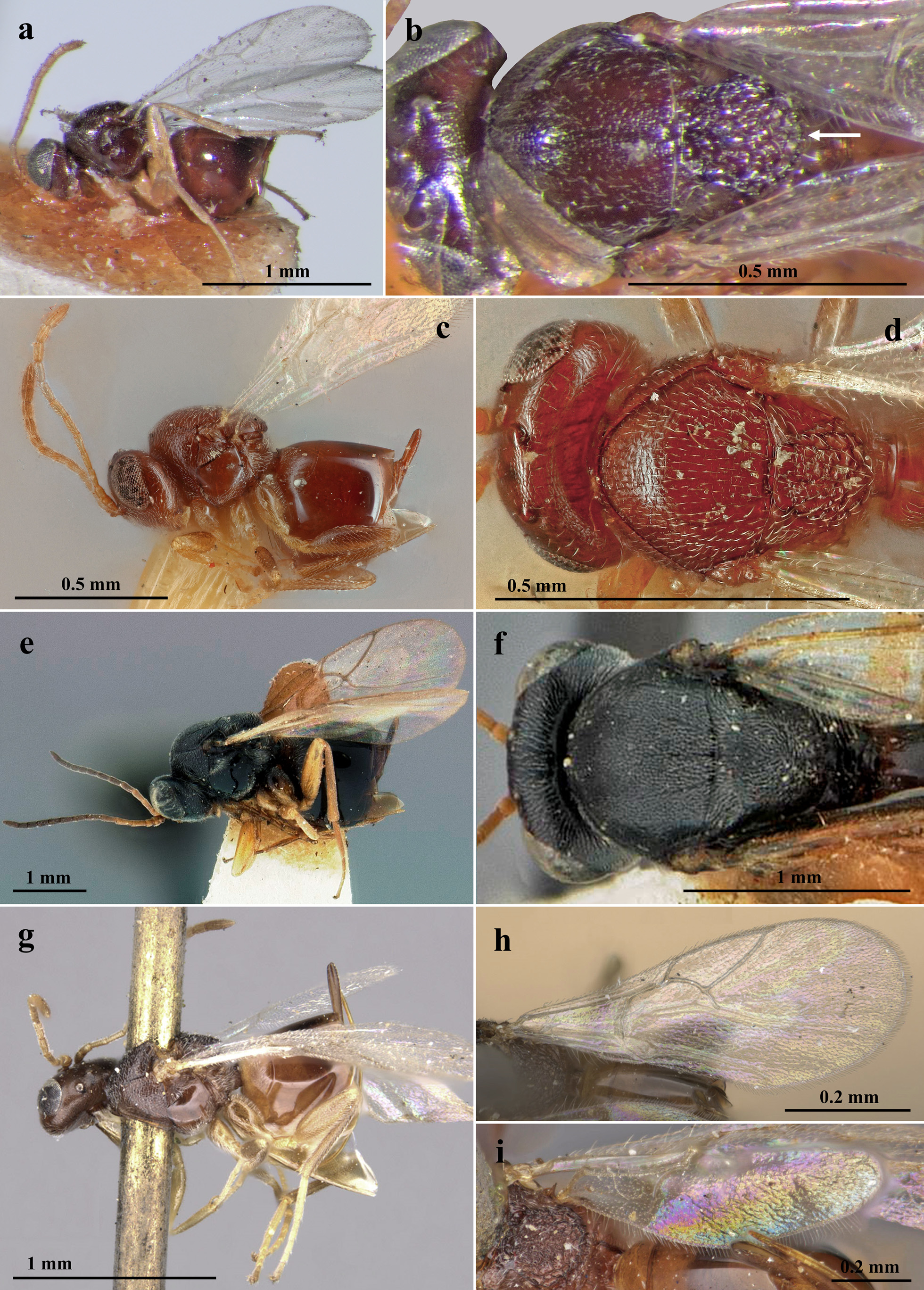