Remarks. According to the original description ( Belizin 1973: 37), C. kovalevi   has no vertical carinae on the lower face and presents a weakly rough mesopleuron (‘shagreen skin-like’), which can be interpreted as a coriaceous-like sculpture. These traits, and especially the mesopleural sculpture (always partially or completely smooth in the rest of species), are unusual within Ceroptres   . Furthermore, Belizin does not specify if this species has the second and third metasomal terga fused or separated, which are always separated in Ceroptres   . So, we could assume that C. kovalevi   is not actually a Ceroptres   . However, after studying pictures of the type material of C. kovalevi   sent by Sergey Belokobylskij (ZIN) and thanks to the notes on the species he provided us, we conclude it belongs to Ceroptres   , since it presents separated second and third metasomal terga ( Fig. 6i View FIGURE 6 ); also, because it has two conspicuous and complete vertical carinae on the lower face ( Fig. 4a View FIGURE 4 ), and the mesopleuron completely smooth, in contrast with the original description ( Fig. 6h View FIGURE 6 ). Abe (1997) separates C. masudai   from C. kovalevi   by the presence of vertical carinae on the lower face; however, both species have conspicuous and complete vertical carinae. The rest of morphological traits are identical between these two species and they have overlapping distribution areas; hence, we propose C. masudai Abe, 1997   as syn. nov. of C. kovalevi Belizin, 1973   .

The description of C. masudai   provided by Abe (1997) is complete enough to characterize and differentiate the species from the rest of Ceroptres   ; however, after studying some additional material of C. masudai   from China and the pictures of the type material of C. kovalevi   , we add here some morphological traits that were not commented on by its descriptor (see the above brief redescription of C. kovalevi   ). 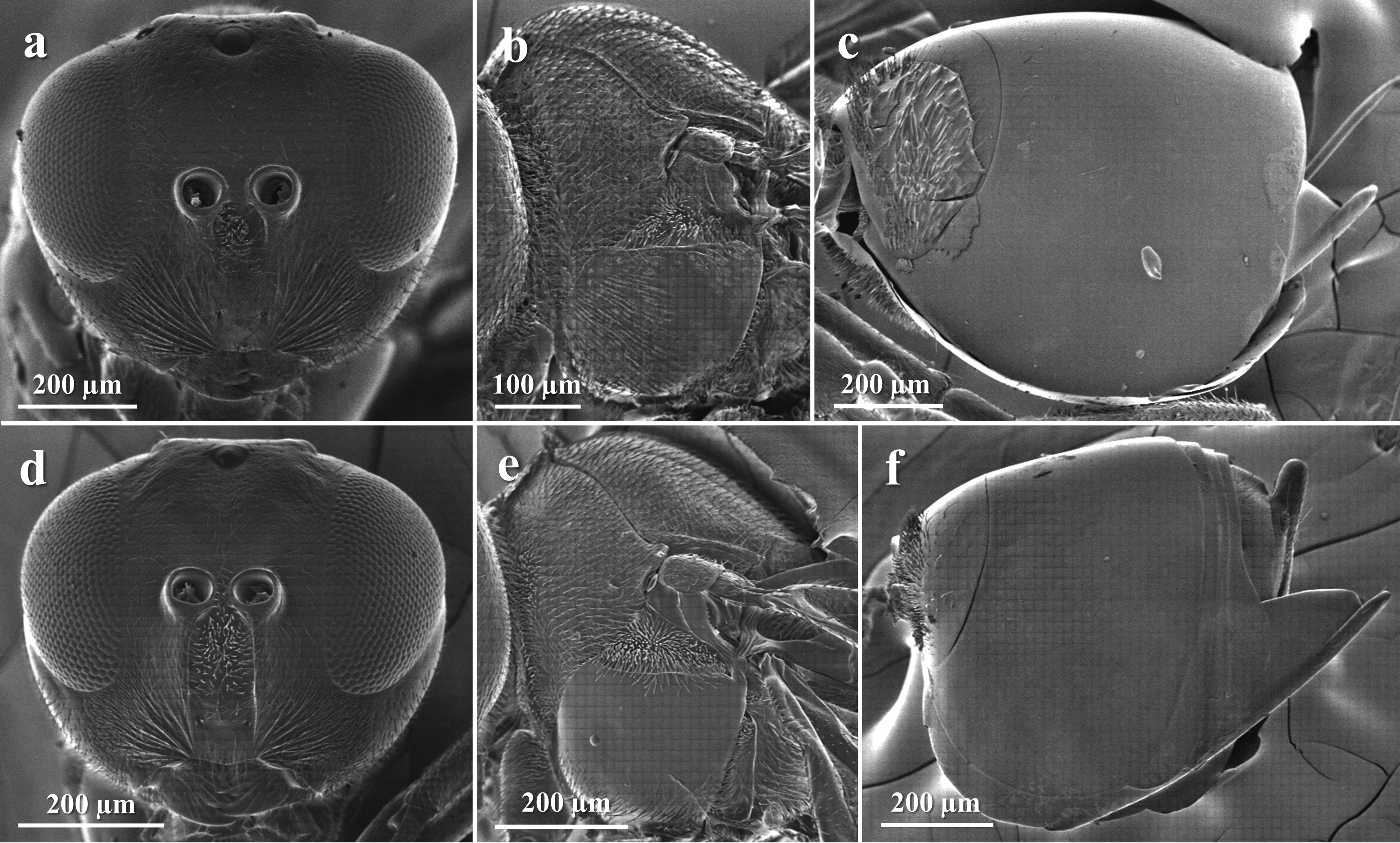