Diagnosis. The morphological traits that diagnose B. politus   are the same as those outlined in the diagnosis section of Buffingtonella   .

Biology. This species was obtained from unknown galls ( Ashmead 1896: 187). According to Ashmead’s description, this species was described from specimens found ovipositing in the midrib of leaves of Quercus rubra   L. (Lobatae section) ( Fig. 2n View FIGURE 2 ). The specimen label on one of the types states: ‘from rib-gall on leaf of Q. rubra   ’.

Remarks. Ceroptres politus   was originally described from 1♂ and 7♀ ( Ashmead 1896: 187). We located and examined 1♂ and 3♀ deposited in USNM. According to Ashmead’s description, C. politus   is mainly polished black, with the middle and posterior coxae, and all femorae, dusky or black; however, all the specimens studied have a brownish body (probably due to the passing of time as has been observed in other old specimens).

According to Ashmead (1896), Buffingtonella politus   comb. nov. was found ovipositing in the midrib of leaves of Q. rubra   , although a label of one specimen from the type series deposited in the entomological collections of USNM adds ‘from a rib-gall’ to the description of its biology. We found a pinned leaf fragment with some nerve swellings that was present together with the types and with the same numerical code as them ( Fig. 2m View FIGURE 2 ), which we suppose are the galls on which Ashmead says B. politus   was ovipositing. Based on these data, we are of the opinion that B. politus   is an inquiline despite some of its morphological traits, which suggest that it could be a Cynipini   (see above). Currently, only two tribes include inquilines of oak galls ( Ronquist et al. 2015): Ceroptresini   and Synergini   . 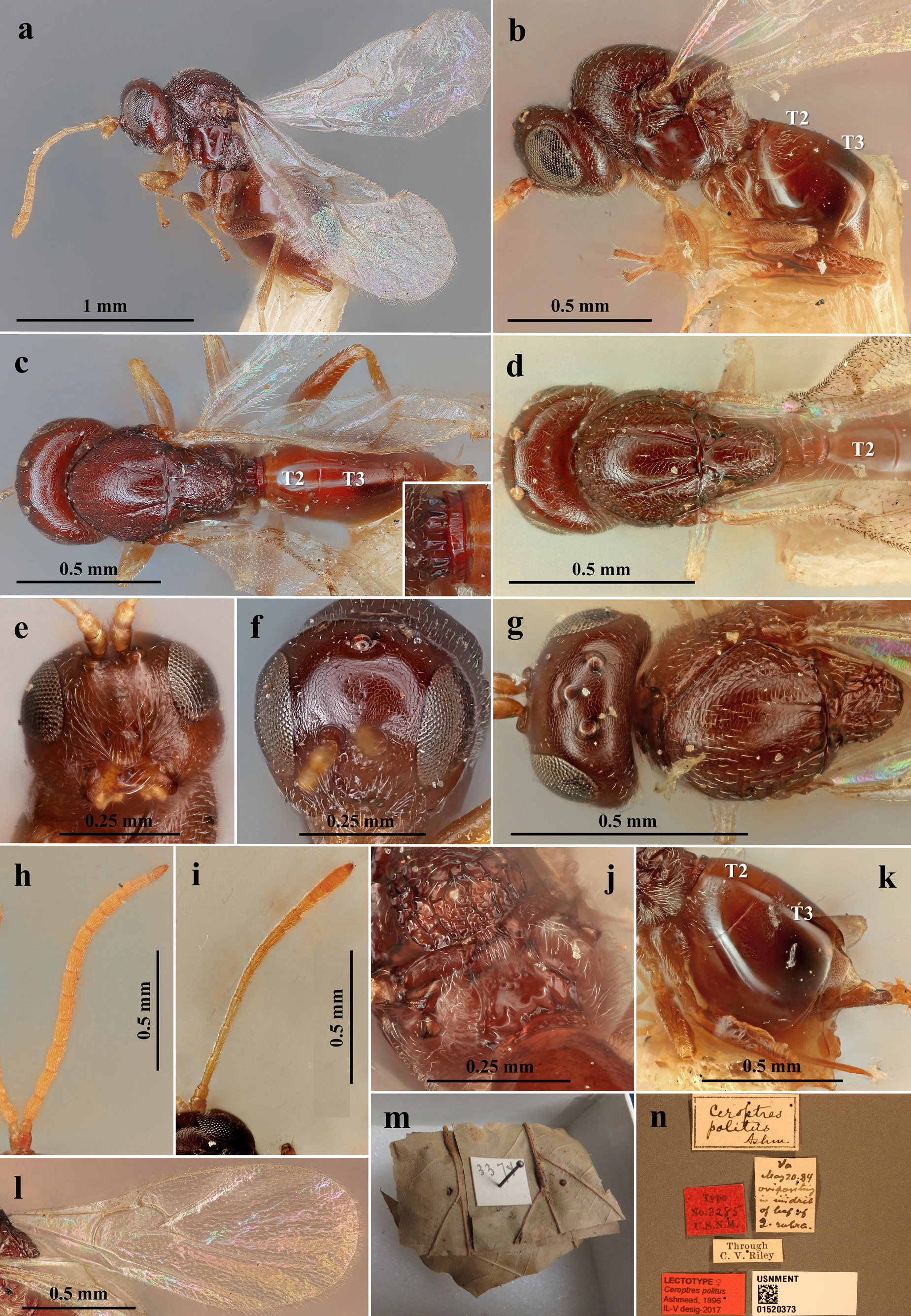