Morphometric values are summarised in Table 1.

Habitat and distribution. Known from the holotype and two paratypes collected at 86–89 m off Ball’s Pyramid, south-east of Lord Howe Island, and from a paratype collected by P.R. Pedley at Lord Howe Island in 1913. Possibly occurs off southeast Queensland, Australia (see Remarks).

Comparisons. Plectranthias cruentus  closely resembles P. pelicieri Randall & Shimizu (1994)  in live coloration, and most meristic and morphometric details. The latter species was initially described from Mauritius but was subsequently reported from southern Japan by Senou & Yunokawa (1995), from South Africa by Heemstra & Randall (2009), and from New Caledonia by Fricke et al. (2015). The two species are unique among Plectranthias  species in having the predorsal scales extend anteriorly only to the supratemporal canal, at a vertical above the preopercle (versus to a vertical through the posterior edge of the orbit or further forward in congeners). Plectranthias cruentus  is readily distinguished from P. pelicieri  in having: some middle pectoral-fin rays branched (versus all unbranched in P. pelicieri  ), the fifth or sixth dorsal-fin spine longest (versus third longest), and interopercle with 1–3 small, inconspicuous serrations (versus “distinctly serrate anteriorly” according to Heemstra & Randall, 2009). Plectranthias cruentus  also differs from P. pelicieri  in the following live coloration details (cf. Figures 1View FIGURE 1 and 3View FIGURE 3): caudal fin yellow (versus clear with yellow or orange spots); operculum with two red-edged yellow pupil-sized spots (versus with a single eye-sized red and yellow ocellus); and posterior part of caudal peduncle with broad orange-red bar (versus pink with orange-red spots or rectangular markings dorsally and ventrally).

Etymology. The specific epithet is from the Latin, meaning stained or spotted with blood, and alludes to the bright red markings in life.

Remarks. A 37.4 mm SL specimen collected at 77 m off Moreton Bay in 1969 by W.F. Ponder (AMS I.35797- 007) is possibly referable to this species. The specimen agrees in all salient features with the type specimens (including characters listed in the diagnosis), but we treat the identification and distribution record of this specimen as tentative, pending the discovery of additional specimens. We therefore excluded the specimen from the type series. 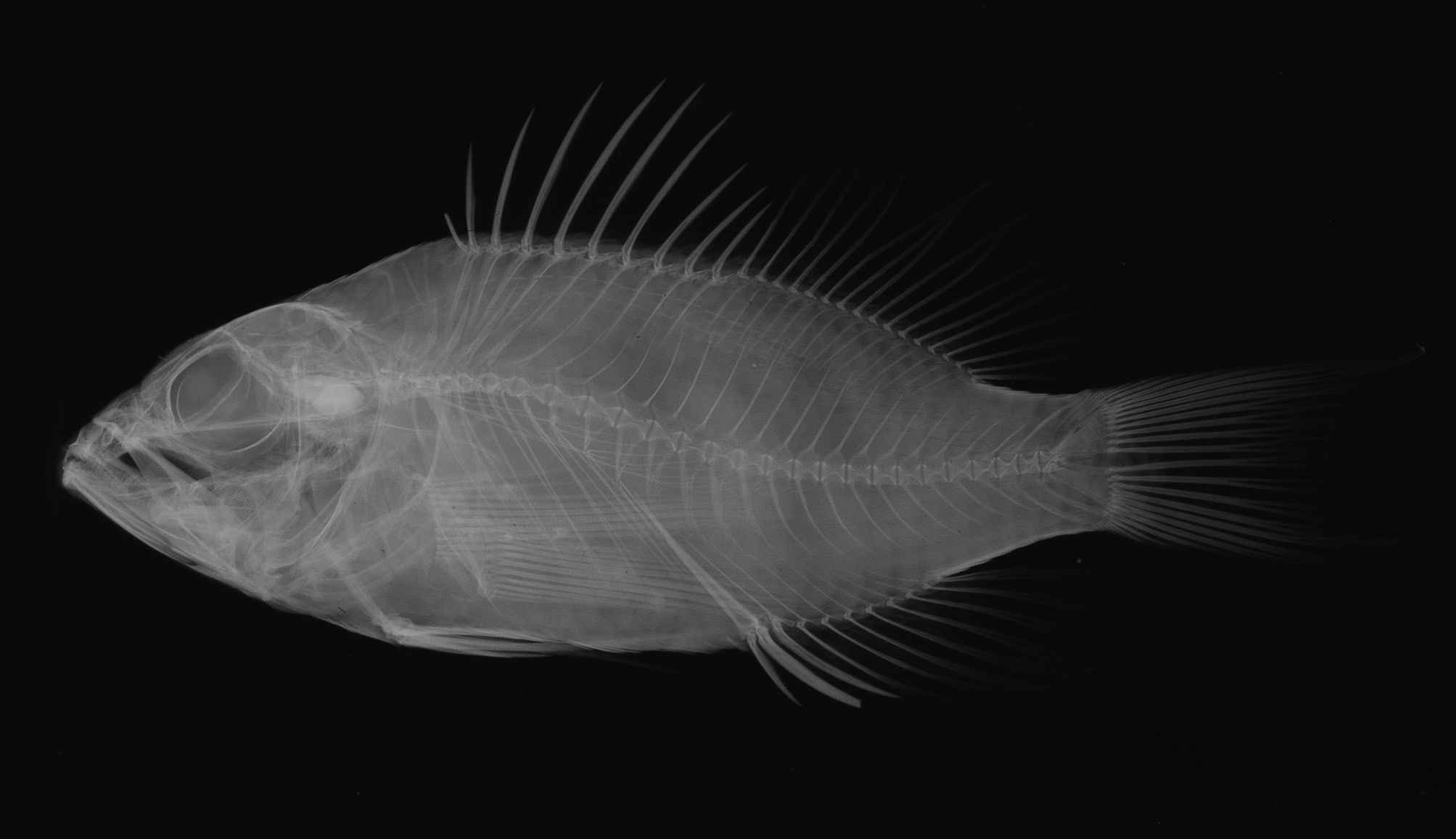