Rather small species from Madagascar, mostly yellowish to testaceous-orange with basal tergites blackened and whitish head, though dorsally and often medially darkened. Differentiated from most other Afrotropical species by the absence of the femoral tooth in females, the whitish face, the mostly yellowish-orange metasoma and the moderately long ovipositor. It is hence morphologically related to P. vahaza , which has a narrower clypeus, a more slender mesosoma and a rather flat scutellum, and to P. ranomafana , which is darker with a significantly longer ovipositor.

The large series of specimens available in the MNHN collection shows considerable variation with respect to the original description of P. caris . The propodeum carination is highly variable, the area basalis being petiolate to truncate, and the area superomedia greatly varies in elongation. Colour also varies from lighter specimens with reduced brownish markings to darker ones with larger black spots on face, vertex, mesoscutum and propodeum. We furthermore observed two male groups with differently sized ocelli. Such variability is, however, not correlated with any other morphological or geographical difference. These specimens might represent a species complex whose study needs more comprehensive molecular and morphometric investigations. 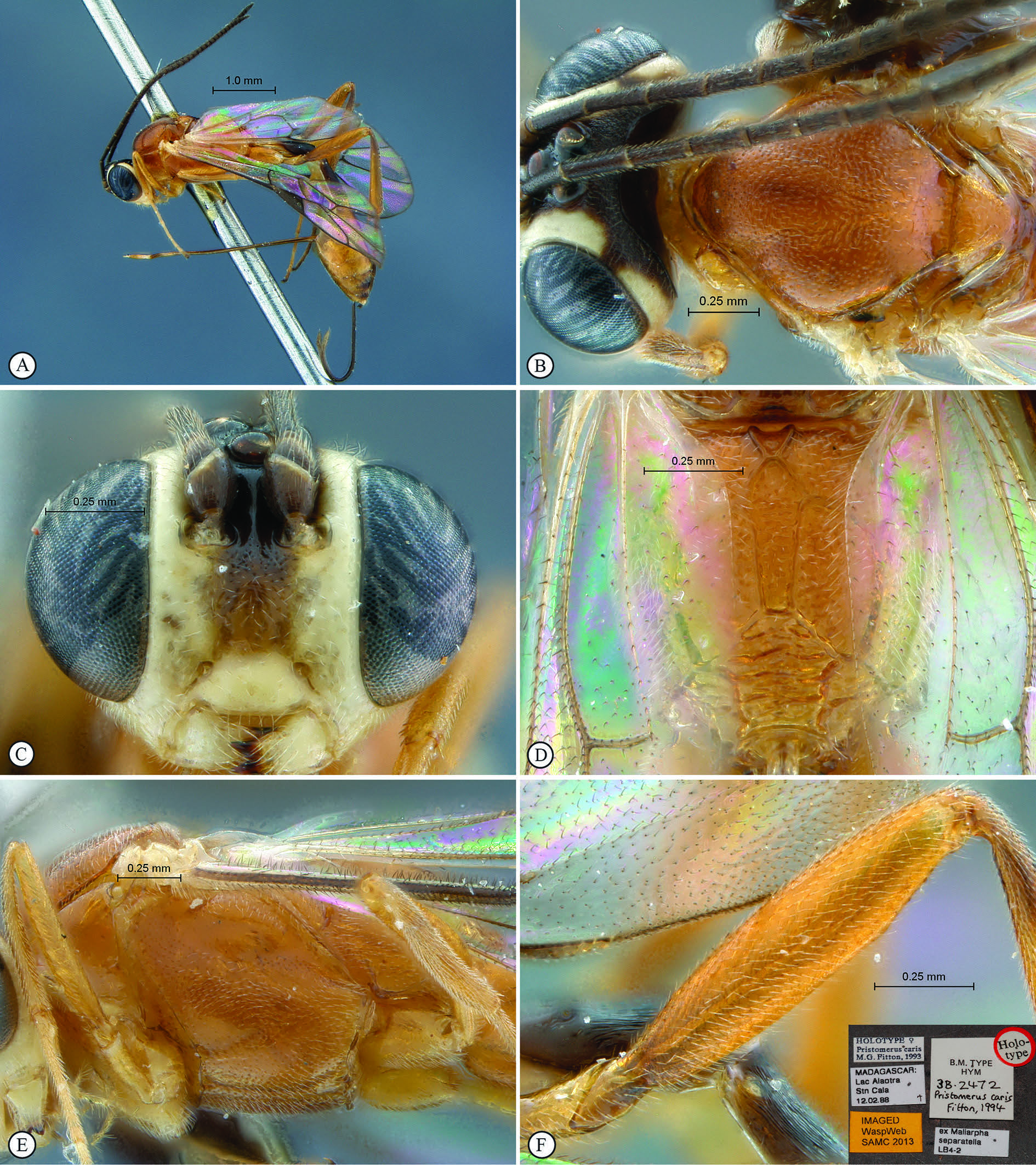