Small and entirely yellow to yellowish orange species; differentiated from most other Afrotropical species by the absence of the femoral tooth in females, the short malar line, the strongly transverse clypeus and the rather long ovipositor. It is closely related to P. moramora and P. venda sp. nov., from which it may be differentiated by the colour and antennal length characters given in the key (see comments below). It is also structurally very similar to P. sara sp. nov.; however, this species exhibits white-marked femora and tibiae, a colour pattern that appears to have ecological relevance (see general discussion).

The three species P. kelikely , P. moramora and P. venda can only be keyed by rather weak though constant differentiating features. Pristomerus moramora is mostly separated from the other two by the extensive dark colouration of the mesosoma and metasoma. Furthermore, the males of P. kelikely and P. moramora have ocelli that are not enlarged, which is very unusual in Pristomerus and separate both from P. venda . However, several specimens in the SAMC and MNHN collections could not unambiguously be assigned to one of these three species: this species-complex needs further examination before being fully resolved. 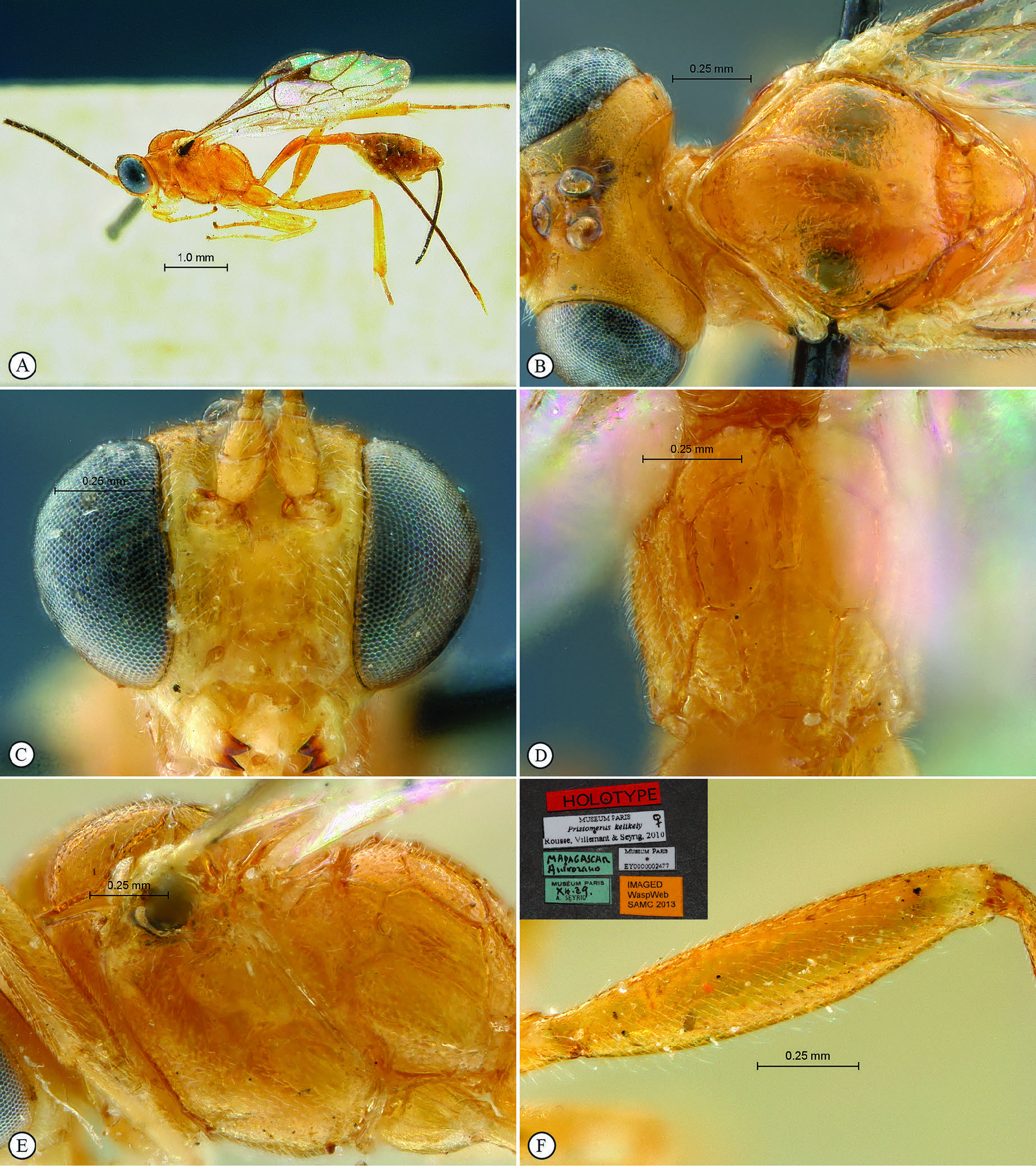