A cuticular bar is present near the internal claws on the first three pairs of legs. Two exuviae with three and four smooth eggs were found.

The paratypes are similar to the holotype. In Table I the dimensions of some structures of the smallest and of the largest measured specimens are indicated.

Diphascon nelsonae   sp. n. differs from D. nobilei   in the following features: entire placoid row, and particularly the second and third macroplacoid, longer both with respect to the body length and to the buccal tube length ( Table I), claws more slender with longer secondary branches, claw basal spines less evident (absent in the internal claws of the first three pairs of legs).

The new species differs from D. serratum   in having the support of the stylet inserted on the buccal tube in a more cephalic position ( Table I), claws longer ( Table I) and more slender with longer secondary branches, anterior and posterior claws of the hind legs are more different in shape and size from one another ( Table I; Figures 2 View Figure 2 , 3 View Figure 3 ). 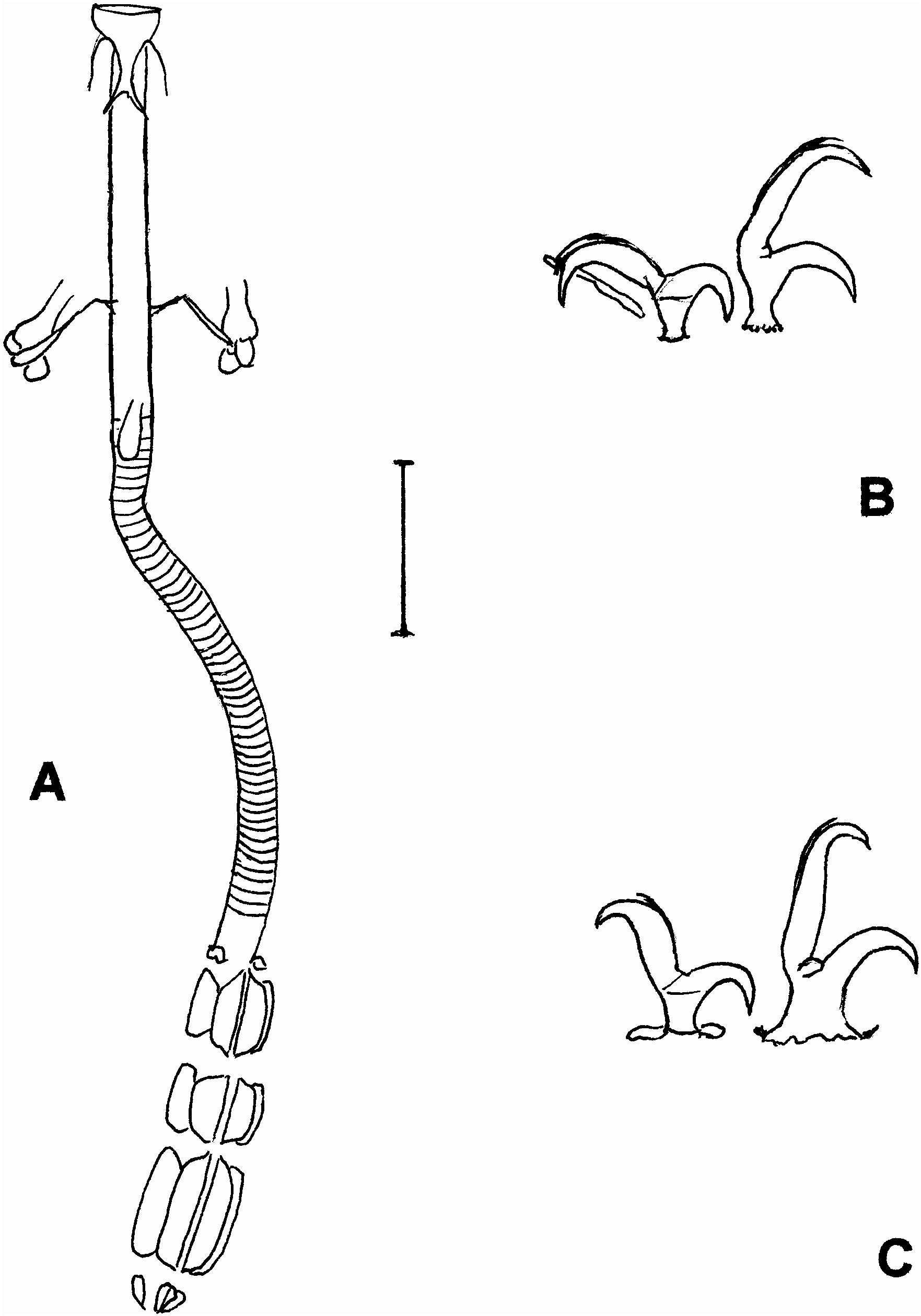