First antennae ( Fig. 14 View FIGURE 14 B) about 1.75 × length of peduncle of second antennae, with 8 lobes, each with numerous short sensory setae.

Carapace ( Fig. 14 View FIGURE 14 A) elongated oval, highest at 40% of its length, pellucid, with many growth lines. Adductor muscle scar at about 45° to carapace long axis, only visible when animal removed from carapace.

Thoracopods. Eighteen pairs of thoracopods. Claspers ( Fig. 14 View FIGURE 14 D) with palm trapezoidal with triangular projection distomedially, projection about 0.2 of distal palm width. Apical club spherical with many stout spines pointing medially.Small palp with many short, thin spines apically on gripping area. Finger arcuate with blunt apex bearing many rounded pits ventrally. Both long palps of clasper inserted on apical edge of palm, both with 3 palpomeres and many thin, limp setae on flattened palaform apical area. Only longer palp with 3 spines at the basal junction of palpomeres. Long palp of 1st clasper about 1.5× length of palm and 2.25× length in 2nd clasper.

Telson ( Fig. 14 View FIGURE 14 C) with about 17 pairs of posterior row spines, anteriormost spine little larger than next few; penultimate spines little longer than most spines. Spines with spinulae. Telsonic filaments originating from mound little higher than floor of telson positioned near fourth spine. Floor of telson posterior to mound sloping with marked declivity followed by slightly convex surface to base of cercopod. Cercopods subequal in length to telson, basal 60% hardly narrowing and bearing about 24 long setae of variable length (2.5–3.5 × diameter of basal cercopod) and distal 40% narrowing to acute apex and with many tiny denticles dorsolaterally. No spine demarcating the two areas. Ventroposterior corner of telson rounded and hardly protruding.

First antennae ( Fig. 14 View FIGURE 14 F) little shorter than peduncle of second antennae, with 4 lobes each with many short sensory setae. Second antennae as in male.

Telson as in male, though with 20 pairs of posterior row spines of various sizes. Cercopod similar but with about 30 setae and spine at demarcation between basal and distal sections.

Variability. With only four specimens available from the type locality, little variation was noted, but there are considerable differences between the three known sites in its distribution. The Larrimah collection has only a few females, but the Kununurra one has many individuals of both sexes ( Fig. 15 View FIGURE 15 ). Its males have a triangular rostrum with its apex somewhat rounded and with a 9 or 10 lobed first antennae (cf 8 in Radom sample) and the second antenna with 12 or 13 antennomeres on each flagellum. The claspers are different too, with a less developed projection at the mediodistal corner of the hand and the longer palp has just two palpomeres instead of three. There are 16 telsonic spines but only about 16 cercopod setae (cf 17 and 24 in the Radom sample), but there is a midlength spine and the setae are long (2.5× cercopod diameter). The female also has fewer cercopod setae (ca. 15) that are long and a mid-length spine is present. However, there are 8 first antennal lobes (4 in other populations) and the female rostral bulge is less than in the Radom material and is symmetrical. The Larrimah females have an asymmetrical rostrum like that in the Radom sample and numerous (ca. 26) long cercopod setae as in the Radom sample.

Given the above variability between these three collections, it is possible three species rather than one, are represented. The indecision is aided by variation in egg morphology ( Figs. 11 View FIGURE 11 D–F), though in these cases there is variation within each population and indeed eggs from each individual, so that many of the variations noted can occur in the one individual’s eggs. For simplicity and expediency the view is taken that there is one variable species, perhaps influenced by poor gene flow between these isolated populations (320 km Radom-Larrimah, 560 km Radom-Kununurra; 490 km Larrimah-Kununurra). Given cercopod characters are generally the more reliable than other body features and egg morphology is more valuable taxonomically than all body features (see Discussion), it is proposed that the numerous long cercopod setae, and the double bands of parallel groove-ridge systems in line of the eggs unite these populations into one entity.

Distribution. Paralimnadia flavia   n. sp. is sparsely distributed across the ‘Top End’ (i.e., northern quarter) of the Northern Territory and adjacent eastern Kimberleys in Western Australia ( Fig. 4 View FIGURE 4 ). If these remote areas and environs were collected more intensely, P. f l a v i a may well prove to have a wider distribution and be considered more common. 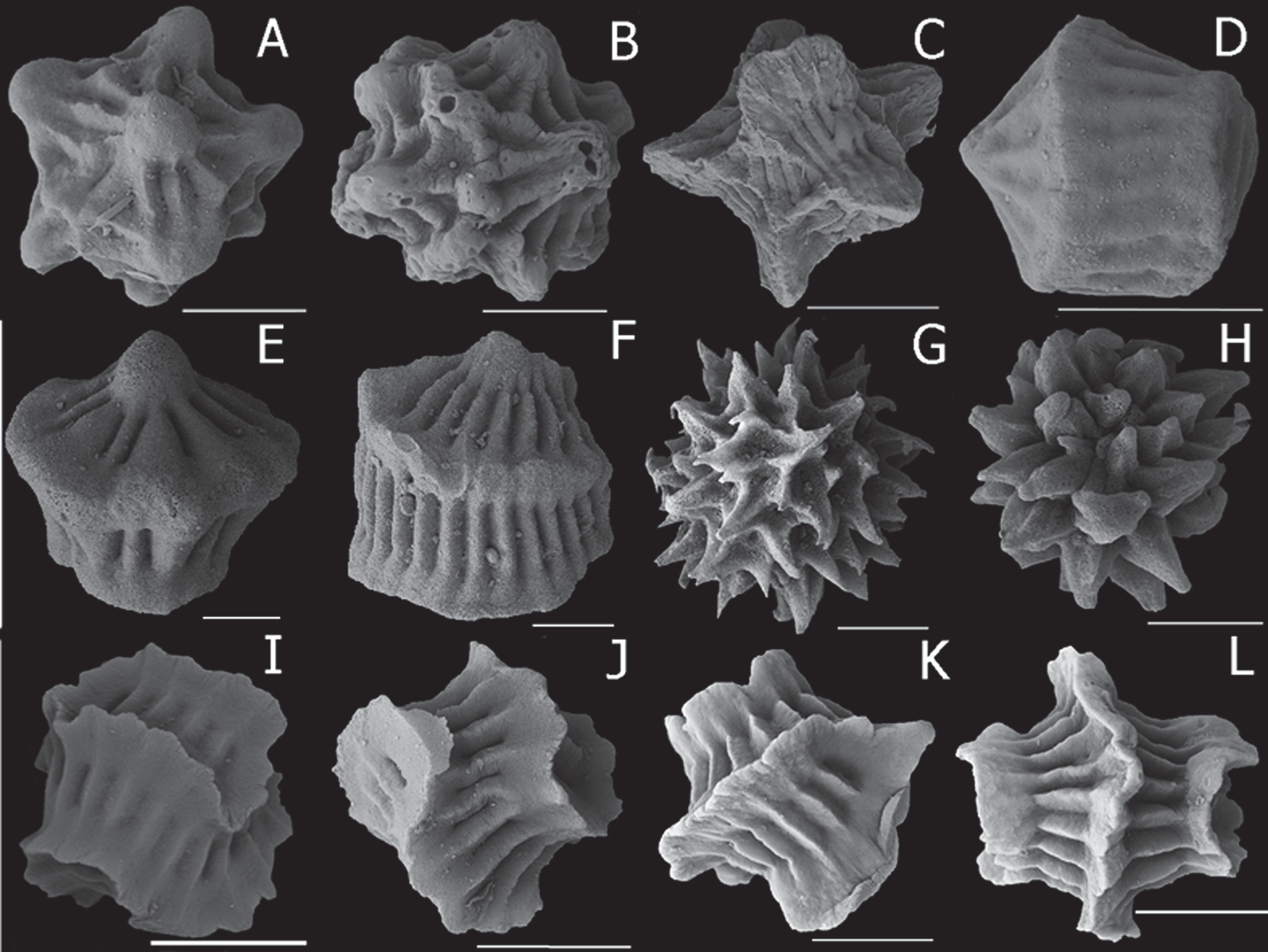 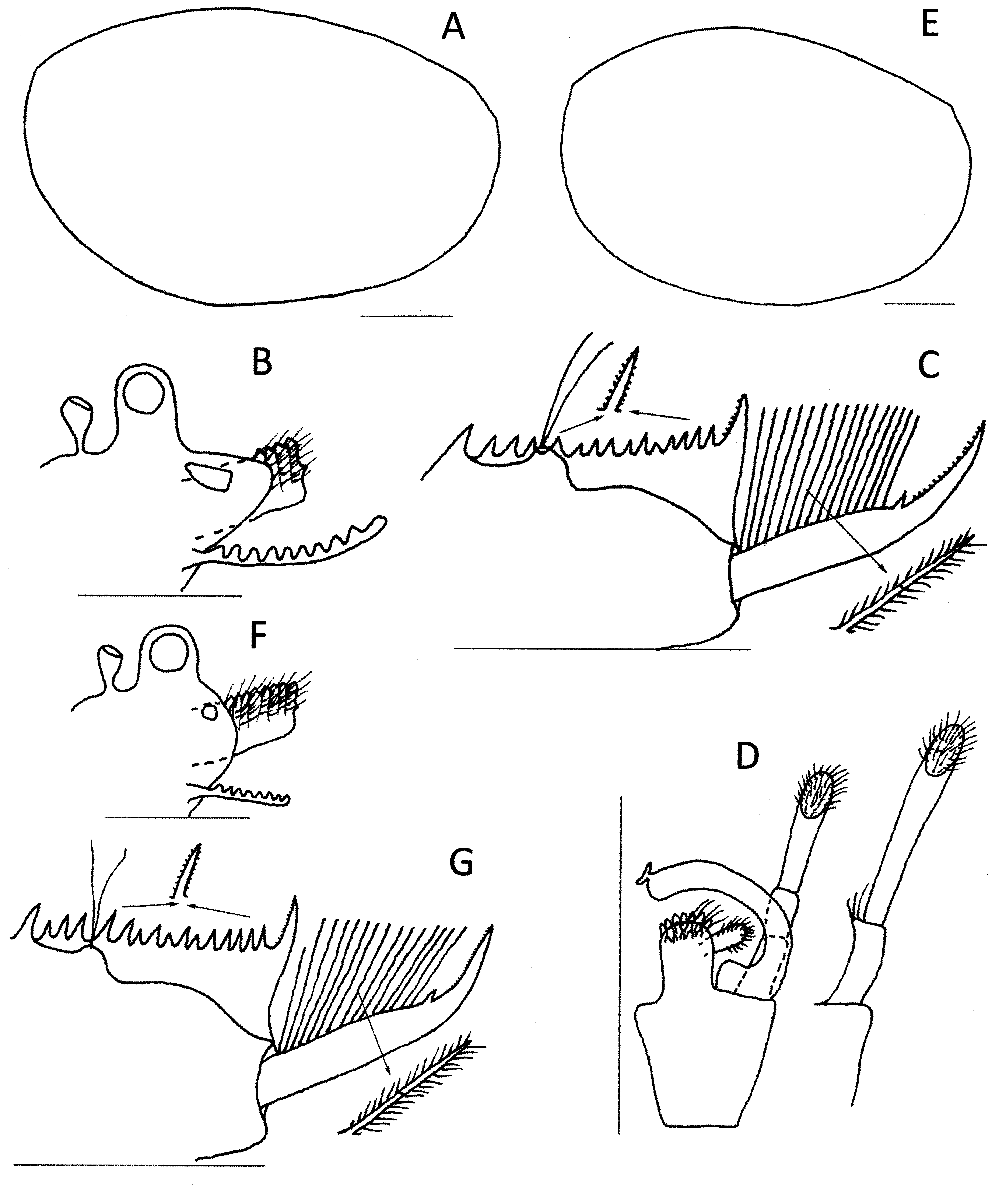