ECOLOGY AND DISTRIBUTION. — Acryptolaria conferta  is with certainty known from off Cojima, Cuba, where it was found at a depth of 810 m (Allman 1877). Our material was collected at depths from 700 to 860 m at the Loyalty Islands and in New Caledonian waters.

Peña Cantero et al. (2007) provide a redescription and extensive discussion of the species. Our material strongly resembles Allman’s species in the general appearance of the colony, the strong zigzag structure of the branches and the shape of the hydrothecae. Notwithstanding these similarities, it differs from the type material in having slightly smaller hydrothecae (cf. Peña Cantero et al. 2007: table IV) and slightly larger nematocysts (20.3 × 8.2 µm in the holotype). These differences, together with the absence of coppinia in our material and the large geographical distance from the type locality (northwestern Atlantic), prevent us from definitely assigning our material to Allman’s species, waiting for further confirmation of its presence in the New Caledonian area.

Although Acryptolaria conferta  is the most frequently recorded species of the genus, it has no clear distinguishing features, consequently records without information about the cnidome must be considered doubtful (cf. Peña Cantero et al. 2007). 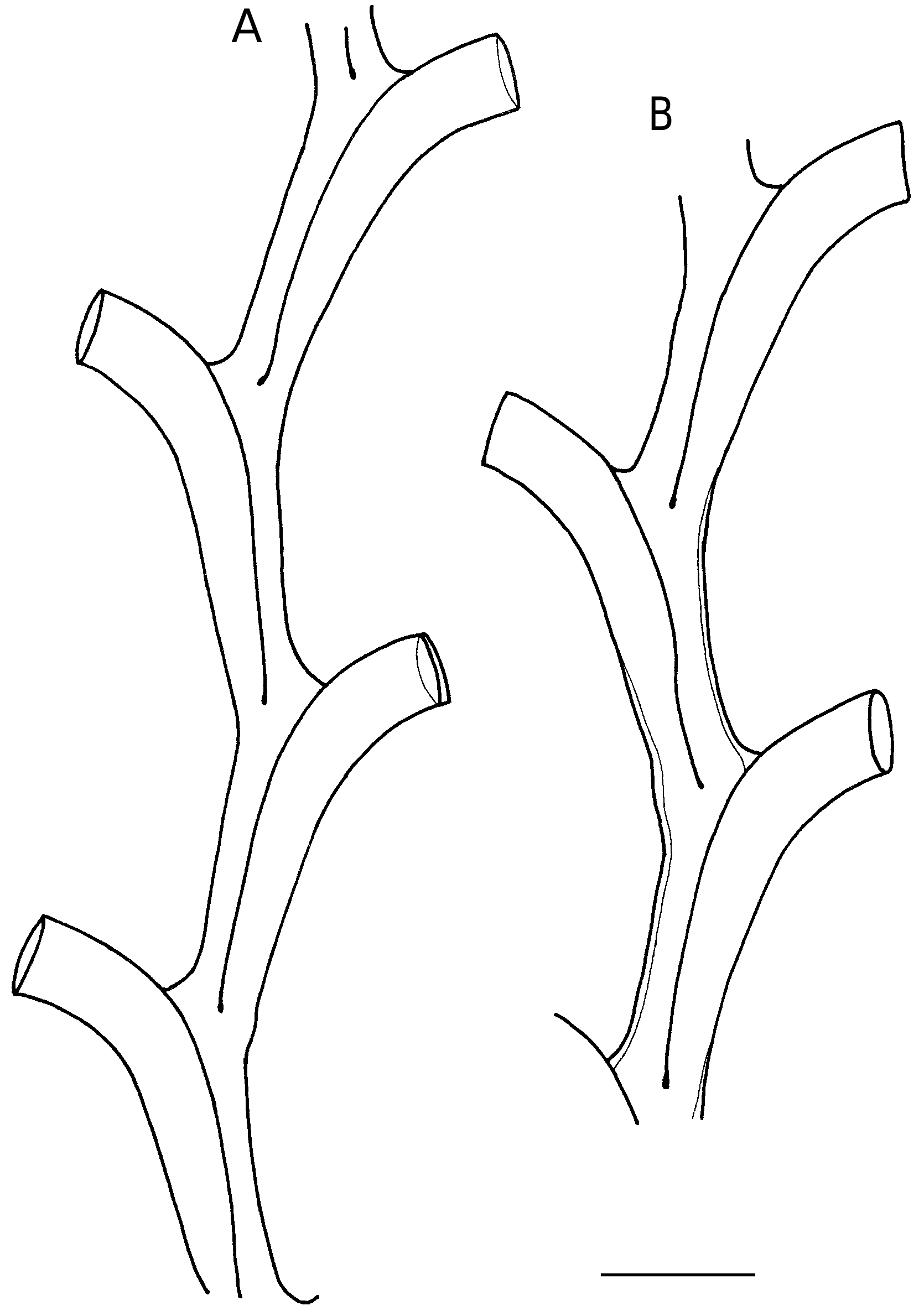