Remarks.—The largest of the Madagascar species in the genus with a body length of about 34–37 mm and a wingspan of about 100–104 mm ( Distant 1905b; specimen from Marshall et al. 2018b). It can be distinguished rapidly as it is the only known species with a wingspan greater than 100 mm. The infuscations on the radial and radiomedial crossveins are not connected through the apical cell veins in this species. 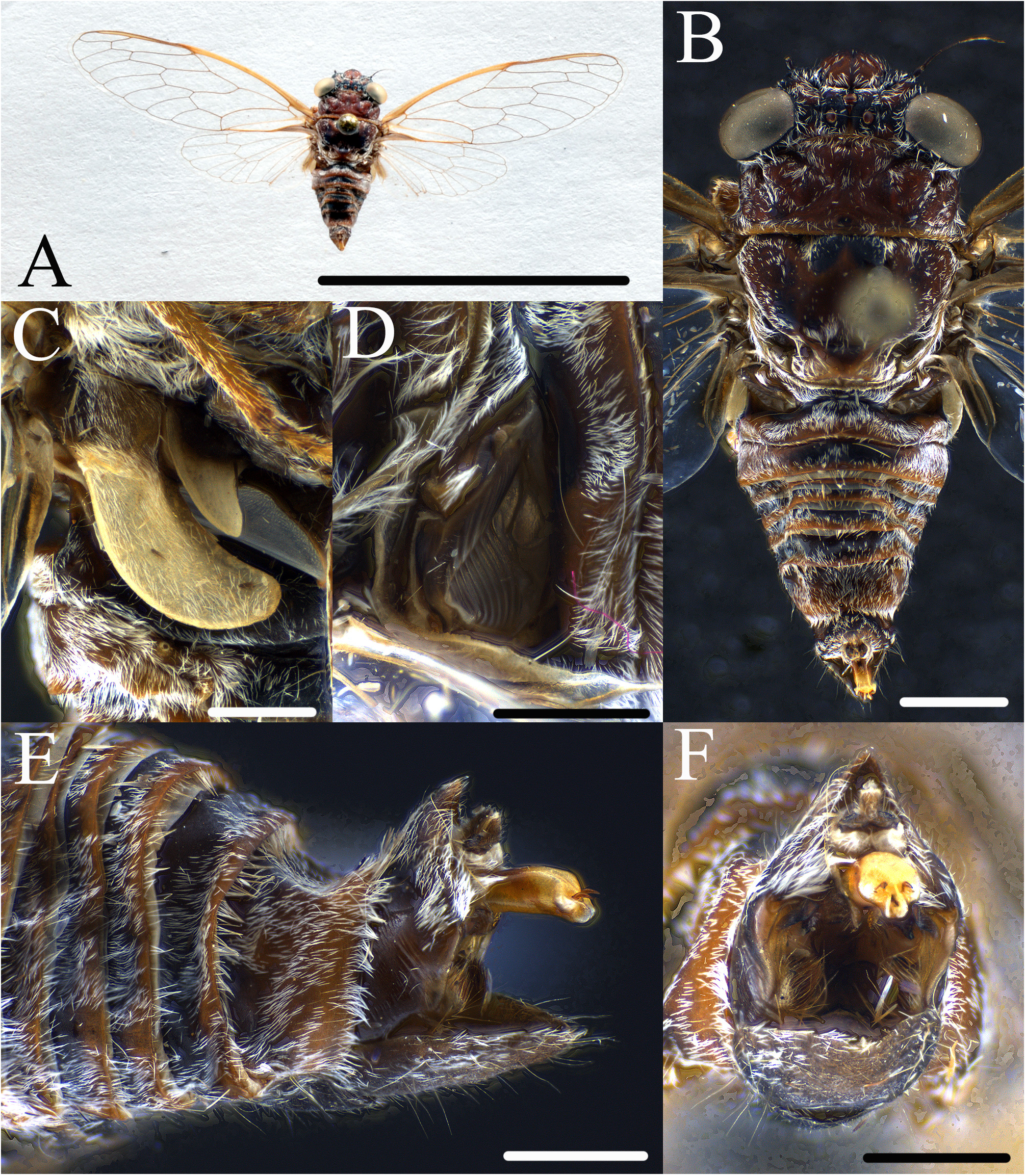