Etymology. From Latin adjective incomptus   , ‘unadorned’, referring to its rather non-descript morphology.

Distribution and ecology. This appears to be a shelf and upper-bathyal species, known from only seven records, extending from the Norfolk Ridge to the Reserve Bank sector of the Chatham Rise, with a single record from off the west coast of South Island, at depths 128– 437m. As for P. hamulus   , it has been recorded with bryozoans.

Remarks. Of the previously described NZ Paratanais species   ( P. tara   and P. paraoa   ) Paratanais incomptus   sp. nov. is closer to P. paraoa   , but has a non-inflated antennal article-2 with a simple inferior seta at mid-length, a 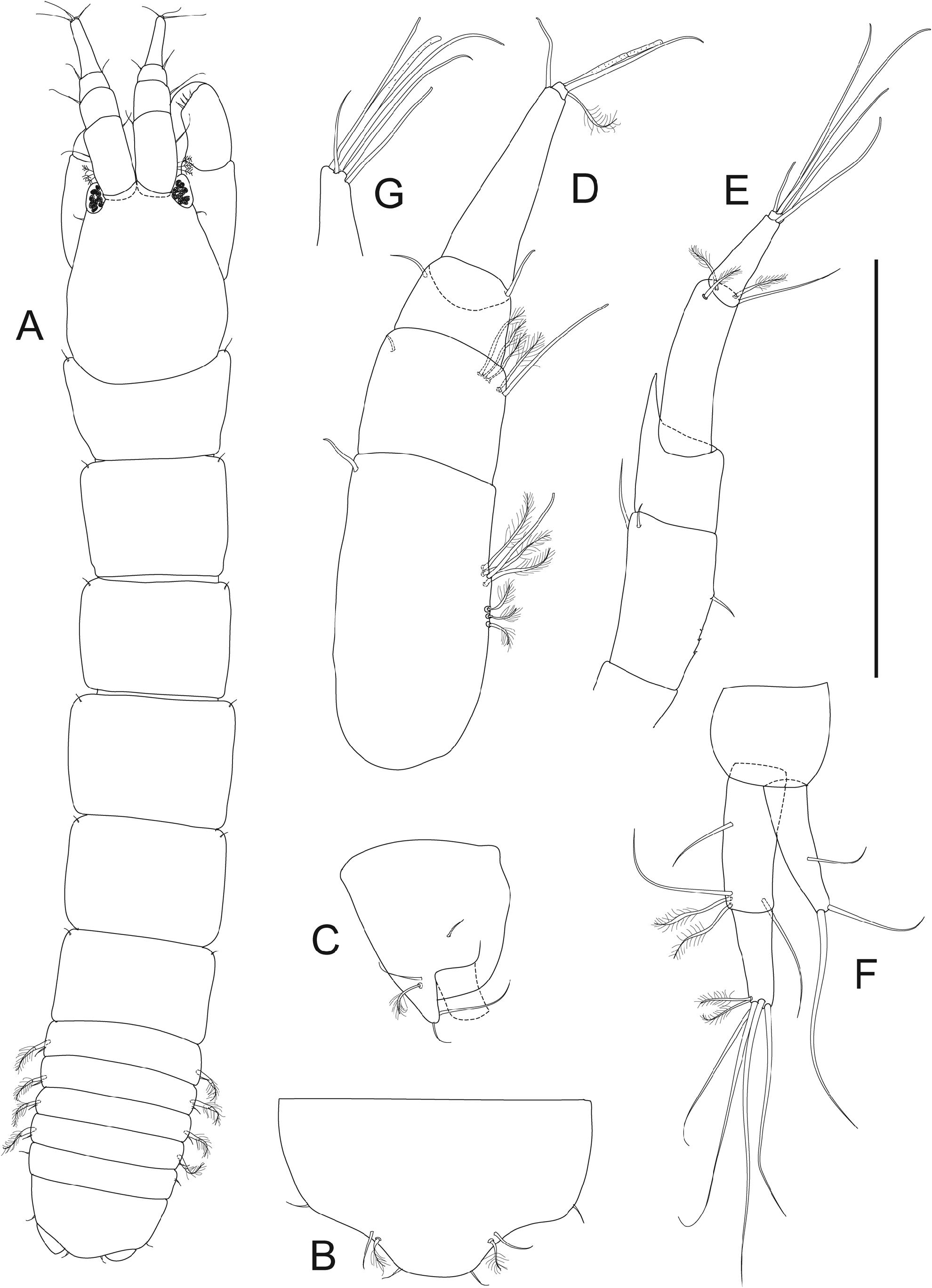 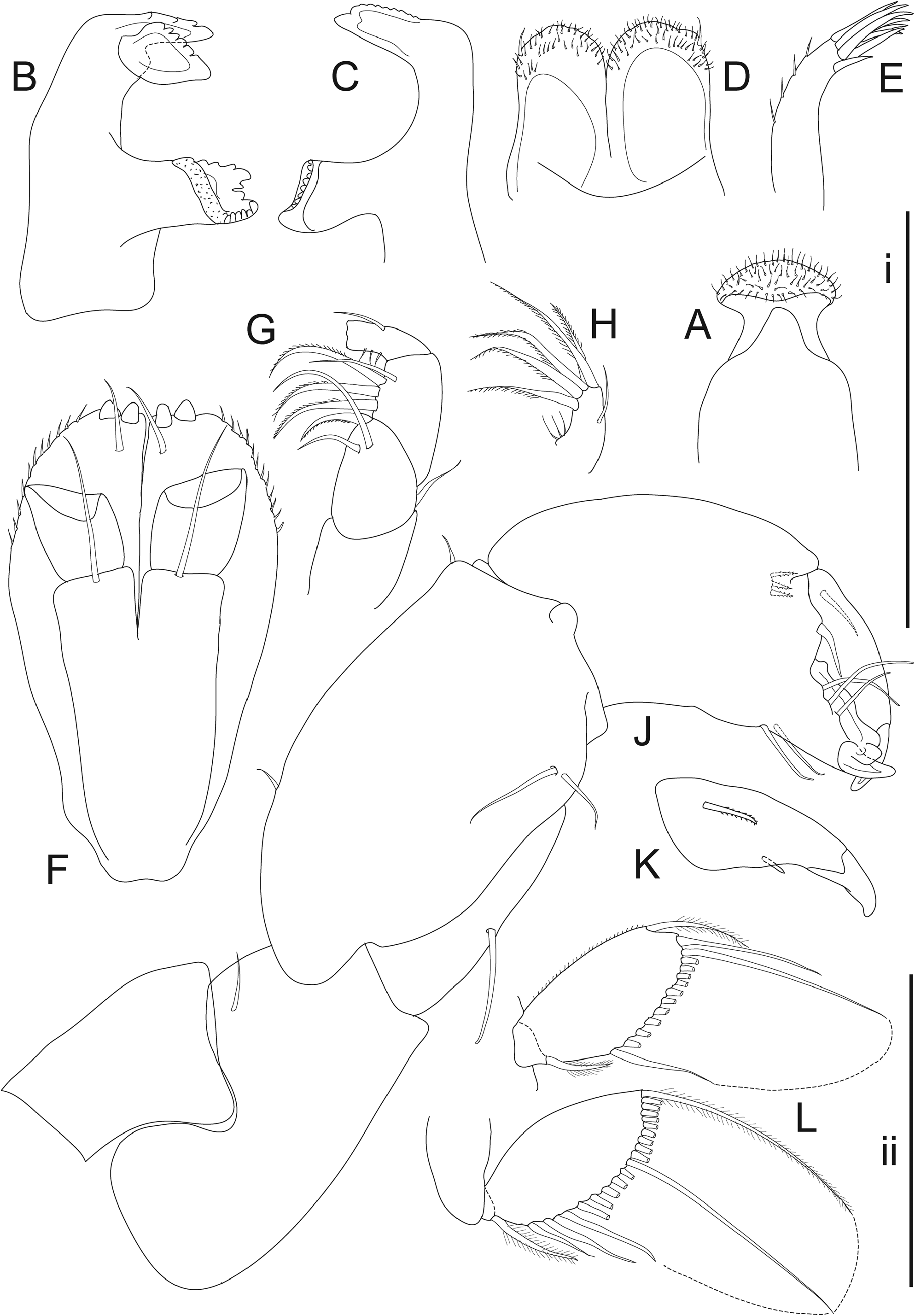 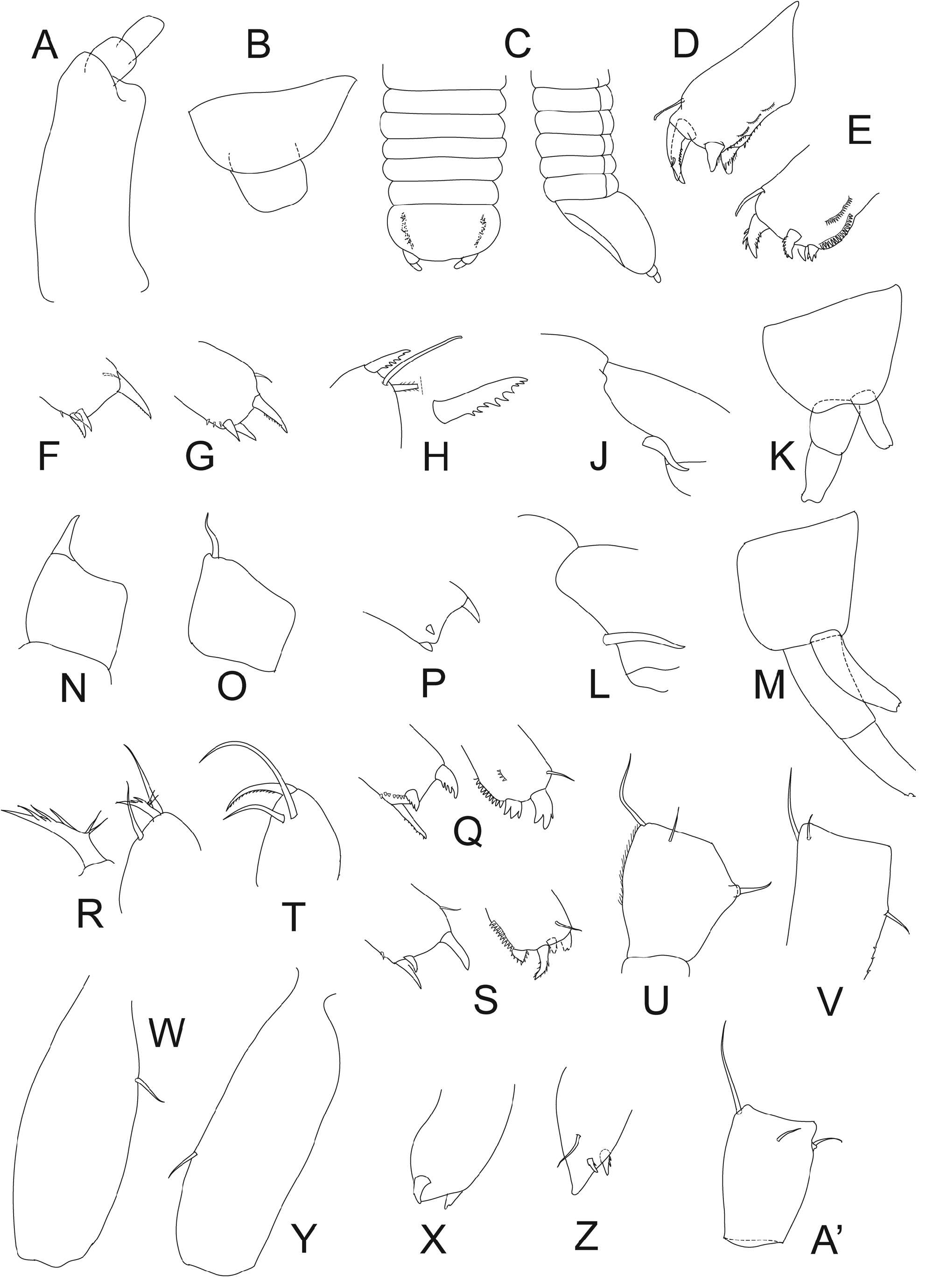