This is a very distinctive species of Chimarrhodella  , unlikely to be confused with any other described species. The color, golden­yellow overall with wing margins and apices fuscous, is particularly distinctive. The color pattern shares a general similarity to that of some lycid beetles and it is conceivable that it could be aposematic. The male genitalia are also unusual in several respects: the preanal appendages are short and knoblike, as in many Chimarra  , rather than elongate as in other Chimarrhodella  ; the posterolateral projections of segment IX are very elongate and apically acute; the inferior appendage is also very elongate (longer than any described species of Chimarrhodella  ) and possesses a unique rounded apicomesal projection; and the phallic apparatus lacks the hoodlike apicodorsal projection found in other Chimarrhodella  species and also lacks endothecal spines. Other species lacking endothecal spines include C. nigra  , C. tobagoensis  , and C. paria  n. sp., but these species are quite different in other respects.

Etymology. This species is named ornata  for its colorful yellow and fuscous wings. 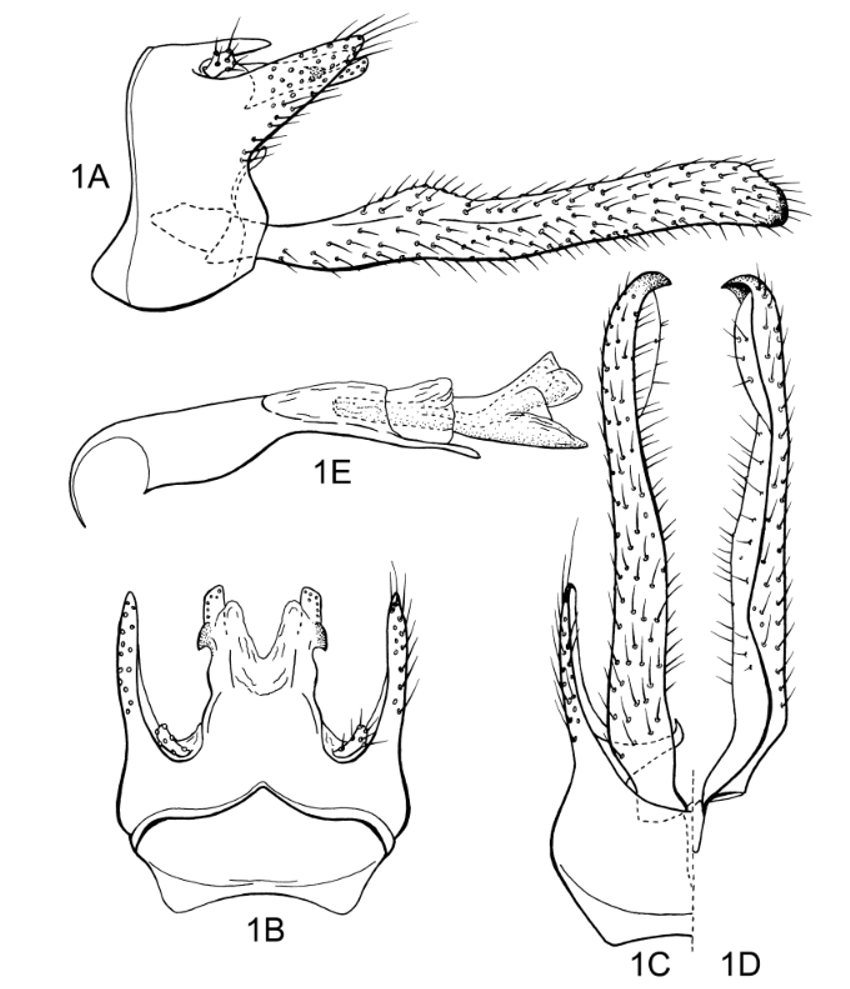