Variation. Coloration of the pronotal disc is one of the most variable features in this species, where it can be whitish or greenish with some dark spots concentrated in the dorsal midline ( Fig. 14View FIGURE 14). The pronotal disc is brown, surrounded by a couple of whitish lines joining beyond the distal half ( Fig. 13View FIGURE 13, 33View FIGURE 33). This color pattern is more common in females from the Pacific coast of Colombia and Ecuador ( Fig. 33View FIGURE 33). On occasion, a very diffuse spot on the base of the tegmina of some specimens can occur. The fastigio-facial angle varies from approximately rectangular to obtuse-angulate. Mid femora with an internal, dorso-apical spine which varies from a blunt to a moderately well-developed spine. Sometimes the margin of the subgenital plate has a small prolongation on either side of the emargination, but this is usually lacking.

Distribution. This species has Ecuador (Cachabi) as type locality; it is widely distributed through the Tumbes- Chocó-Magdalena region of Colombia ( Hebard, 1923), Panama to Nicaragua ( Hebard, 1924), being the only species of this South American genus found to occur in Mesoamerica.

Comments. In the original description, it is mentioned that the type specimens (a male and a female) were deposited in Oxford (UMO), bit it would seem as the ANSP type designation was arbitrary by Hebard (1923) and a holotype and a allotype should not have been designated, but lectotype and paralectotypes, as the original descrip- tion was performed with syntypes. In any case, the designation of lectotype for the female by Hebard is hereby considered as valid, as those were specimens mentioned in the original description, deposited in the private collection of Joseph Lane Hancock, which became part of the collection of the Hebard collection, after Hancock passed away in 1922 ( Hebard, 1922). 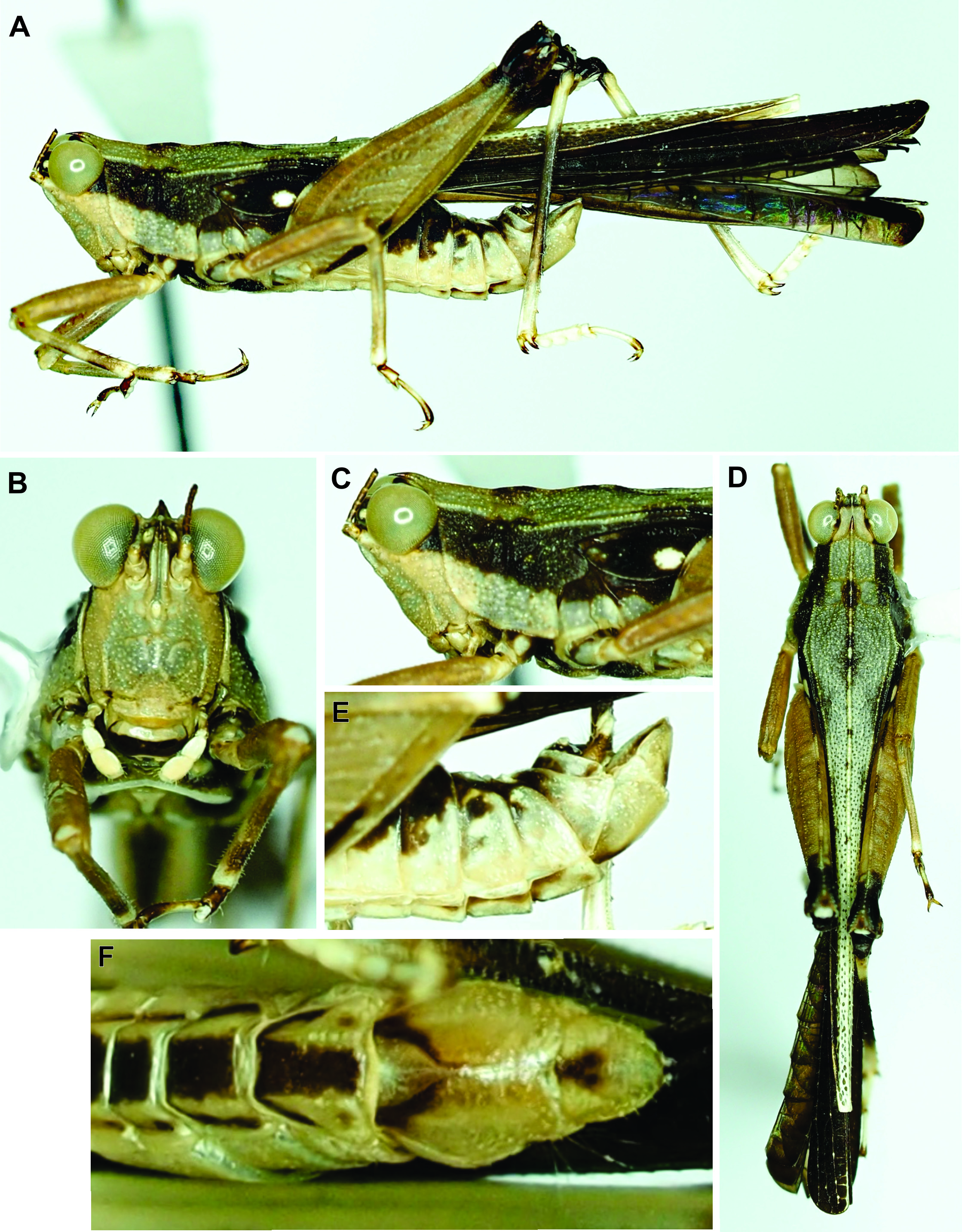