Redescription. Male. Abdomen and legs reddish brown, head and pronotum brown-blackish, mesozona of pronotal disc with a reddish-brown spot; tegmina, wings and hind tibia black ( Figs. 10A, BView FIGURE 10). Head. Moderately elongated, with globose eyes which expand sideways noticeably (but not as much as in S. producta  ) ( Fig. 10CView FIGURE 10), fastigium of vertex rounded and not prolongated to the mid upper part of the eyes ( Fig. 10DView FIGURE 10); frontal costa midsized compared to other species of the genus; narrow scutellum, moderately prolonged in side view in the region of the lateral carina; dorsal carina moderately pronounced in the middle of the eyes, frontal carina a bit divergent ( Fig. 10CView FIGURE 10). Pronotum flat, extending a little beyond the abdomen tip and overcoming a little the tip of hind femora; anterior spine developed and covering a considerable part of the vertex; median carinae continuous ( Fig. 10AView FIGURE 10), a little elevated in the anterior margin of the pronotum to the mesozona; lateral lobes of pronotum as high as wide, lateral shoulder carina rounded and moderately protruding, posterior margin of the lateral lobe sub-pointed. Tegmina without spots. Legs slender, compressed, fore femora indistinctly sulcate above for dorsal edge, without dorso-apical spine; mid femora with a well-developed carinae, and with an internal, dorso-apical spine; hind femora with pre-genicular spine little developed. Abdomen cylindrical, with no sternal or tergal modification whatsoever. Subgenital plate moderately flattened sideways and curving 90° upwards, epiproct ovoid, longer than wide, cerci wide in the base and thinning abruptly in the first basal portion and keeping that shape to the tip ( Fig. 10EView FIGURE 10).

Comments. Grant (1962), designates this species as a synonym of S. hamata  , but when compared with the photographs of the male syntype (here designated as the species lectotype), it is concluded that they are separate species as indicated in the key above. Grant compares the type specimens of S. maculata  and S. hamata  to propose the synonymy of the two species, but deplorably, we were unable to locate the type specimen of S. hamata  to confirm that nomenclatural act for what we consider and propose for S. hamata  . Lectotype and paralectotype are hereby proposed according to the outlines in Article 74 (ICZN: International Code of Zoological Nomenclature). 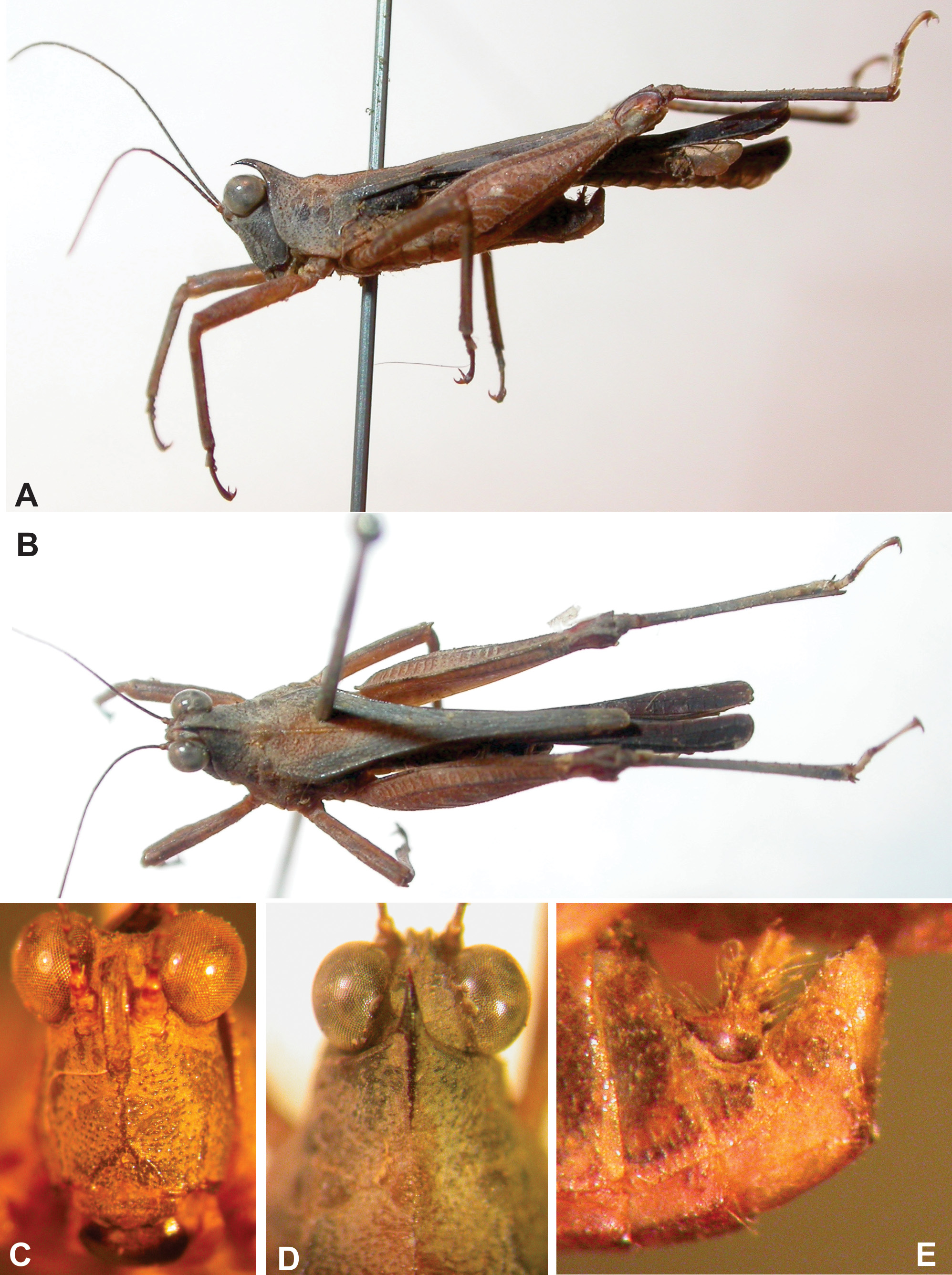