Diagnosis. Probolodus sazimai differs from its two congeners, P. heterostomus e P. oyakawai (new species) by the following characteristics: six transverse series of scales from insertion of pelvic fin to lateral line (vs. seven/eight); 12 scales along middorsal line between posterior termination of base of dorsal fin and adipose fin (vs. 14-17 and 13-16, respectively); presence of two pairs of uroneurals (vs. absent or just one pair) ( Fig. 8a View Fig ); anterior margin of the hypurals 2 and 3 in contact, not fused (vs. hypurals 2 and 3 distinctly separate) ( Fig. 8a View Fig ); end piece or stay of the dorsal fin leaning against or fused in the last pterygiophore (vs. somewhat removed of the last pterygiophore) ( Fig. 8b View Fig ); fourth basibranchial completely cartilaginous (vs. ossified) ( Fig. 9a View Fig ); dorsal margin of the opercle more elevated than the hyomandibular (vs. opercle and hyomandibular practically aligned) ( Fig. 9b View Fig ); anteromedially projection of the mesethmoid wide, separating completely the premaxillary (vs. short projection, not separating completely the premaxillary). It may be further separated from P. heterostomus by presence of 36-43 perforated scales on the lateral line (vs. 45-56 perforated scales).

Teeth on premaxillary, maxillary, and dentary in one row. Premaxilla with three (9) or four (2) teeth [three] somewhat directed outward; each tooth with three points in angles of a nearly isosceles triangle; middle point, which is also the anterior one, much larger. Maxilla with three to six (commonly four) teeth [four] with two cusps of similar size, first two or three directed outward. Dentary, mostly, with six large teeth, first three directed outward, fourth, fifth, sometimes the sixty tricuspidate, and one or more smaller ones following it, directed upward; larger teeth of the lower jaw heavy, conical, with a minute cusp on each side; in overall, dentary has five to six (commonly five) tricuspidate teeth [five].

Color in alcohol. Overall ground color of body in specimens fixed in formalin yellowish brown. Guanine remaining on lateral and ventral portions of head and on ventral and, to a variable degree, lateral surfaces of body. Snout and dorsal portion of head relatively dark. Middorsal and immediately adjoining portions of body relatively dark. Distinct, wedge-shaped, ventrally-attenuated humeral blotch with irregular margins extending from approximately five scales dorsal of lateral line to about two scales ventral of lateral line. Pigmentation of humeral blotch typically most intense in region dorsal of lateral line, with pigmentation of remaining ventral portion of blotch variably lighter, but still quite obvious. Dark midlateral pigmentation more conspicuous on portion of body beginning at vertical through anterior portion of dorsal fin, with stripe widening posteriorly on caudal peduncle into distinct, horizontally-elongate, ovoid blotch. Pigmentation of blotch more intense than that of remainder of stripe. Chromatophores of dorsal portion are concentrated at the base and middle region of the scales, its margins being free of chromatophores. Region below the lateral line decreases the concentration of chromatophores, and, between the anal fin and caudal peduncle, sparse chromatophores are present in greater proportion.

Ecological notes. Ctenoid and cycloid fish scales were observed in the stomach contents and between gill rakers of one specimen ( MCP 13813 View Materials , 1, 43.5 mm SL). No other items could be identified, possibly due to their advanced state of decomposition. Leaf fragments, insects and scales were observed in the oral cavity of three specimens preserved in alcohol (LBP 3433, 1, 45.1 mm SL; MCP 13813 View Materials , 2, 36.8-54.4 mmSL).

Etymology. The species name, sazimai , is in honor of Ivan Sazima from Museu de Zoologia of UNICAMP (ZUEC-PIS), in appreciation of his contributions to our knowledge of the Neotropical lepidophagous caraciforms.

Notes on phylogenetics relationships and biogeography of Probolodus

The genera of Neotropical characiforms Bryconexodon , Catoprion , Exodon , Roeboexodon , Roeboides , and Serrabrycon also exhibit specialized dentitions favoring the lepidophagous habit, such as pointed by Sazima (1977), Sazima & Uieda (1980), Sazima & Machado (1982) and Sazima (1983). However, specialized teeth directed out of the mouth is a diagnostic characteristic which allows easy recognition of lepidophagous taxa, although, the shape, number and the differential arrangement these conical and mammiliform, or cuspidate teeth on premaxillary, maxillary and dentary in these species are fundamental for understanding of evolution this character in independent lineages of Neotropical lepidophagous characiforms, as demonstrated by some authors (e.g., Roberts, 1970; Géry, 1980; Sazima, 1983; Vari, 1986; Lucena, 1998; Mirande, 2010; Mattox & Toledo-Piza, 2012). Thus, the specialized dentition of Probolodus , as well as the predatory behavior of plucking and eating scales could have evolved independently in Bryconexodon , Exodon , and Roeboexodon . Among the shared characteristics that support evolutionary relationships among these three taxa, we highlight some related to the structure and arrangement of teeth, mainly: the teeth of these characids are stout with hypertrophied bases, conical, and especially in the dentary, the larger teeth have compressed and cuspidate crowns, being unicupidate or bicuspidate and directed upwards; larger cuspidate teeth arranged with conical smaller teeth, and are recurved posteriorly relative to the body; in the premaxillary there is a outward mammiliform tooth developed and directed forward.

The species of the genus Probolodus are distributed throughout the coastals drainages of eastern Brazil (from Espírito Santo to São Paulo states) which according to Ribeiro (2006) corresponds to an area of great biogeographical significance due to high degree of endemism in its fish fauna ( Fig. 2 View Fig ). Meanwhile, the eastern coastal systems have already been considered as areas of endemism by various authors (e.g., Eigenmann, 1909; Géry, 1969; Vari, 1988; Weitzman et al., 1988; Menezes, 1996) and recognition of these areas in the coastal drainages of South and Southeast of Brazil is similar or quite congruent with the distribution of the genus Deuterodon by Lucena & Lucena (1992; 2002) and Pereira (2010), Mimagoniates by Menezes & Weitzman (1990), Spintherobolus by Weitzman & Malabarba (1999), Hemipsilichthys by Pereira & Reis (2002), Hollandichthys by Bertaco (2003), Phalloptychus by Lucinda (2005), Phalloceros by Lucinda (2008).

However, the coastal streams have been historically connected with the adjacent upland crystalline shield. Thus, geological events were responsible to the capture of adjacent upland high areas, and consequently the capture of upland streams, such as the formation of the upper rio Paraíba do Sul by capturing streams of the rio Tietê (cf., Ab’Saber, 1957; Menezes, 1972; Weitzman et al., 1988; Langeani, 1989; Bizerril, 1994; M. Malabarba, 1998; Weitzman & Malabarba, 1999; Bizerril & Lima, 2000; Oliveira & Britski, 2000; Quevedo & Reis, 2002; Oyakawa et al., 2005; Ribeiro et al., 2006; Lucinda, 2008). Therefore, possible effects of tectonics, changing the topography of the terrain and, thus, influencing the capture of coastal streams, especially in the southeastern (Ab’Saber, 2003; Cobbold et al., 2001; Ribeiro, 2006) and fluctuations in sea level in the Pleistocene, allowing the union of several rivers and coastal streams, favoring the isolation of populations and speciation events ( Weitzman et al., 1988; Weitzman & Malabarba, 1999; Ribeiro, 2006), are, probably, related to the divergence of the species of Probolodus . 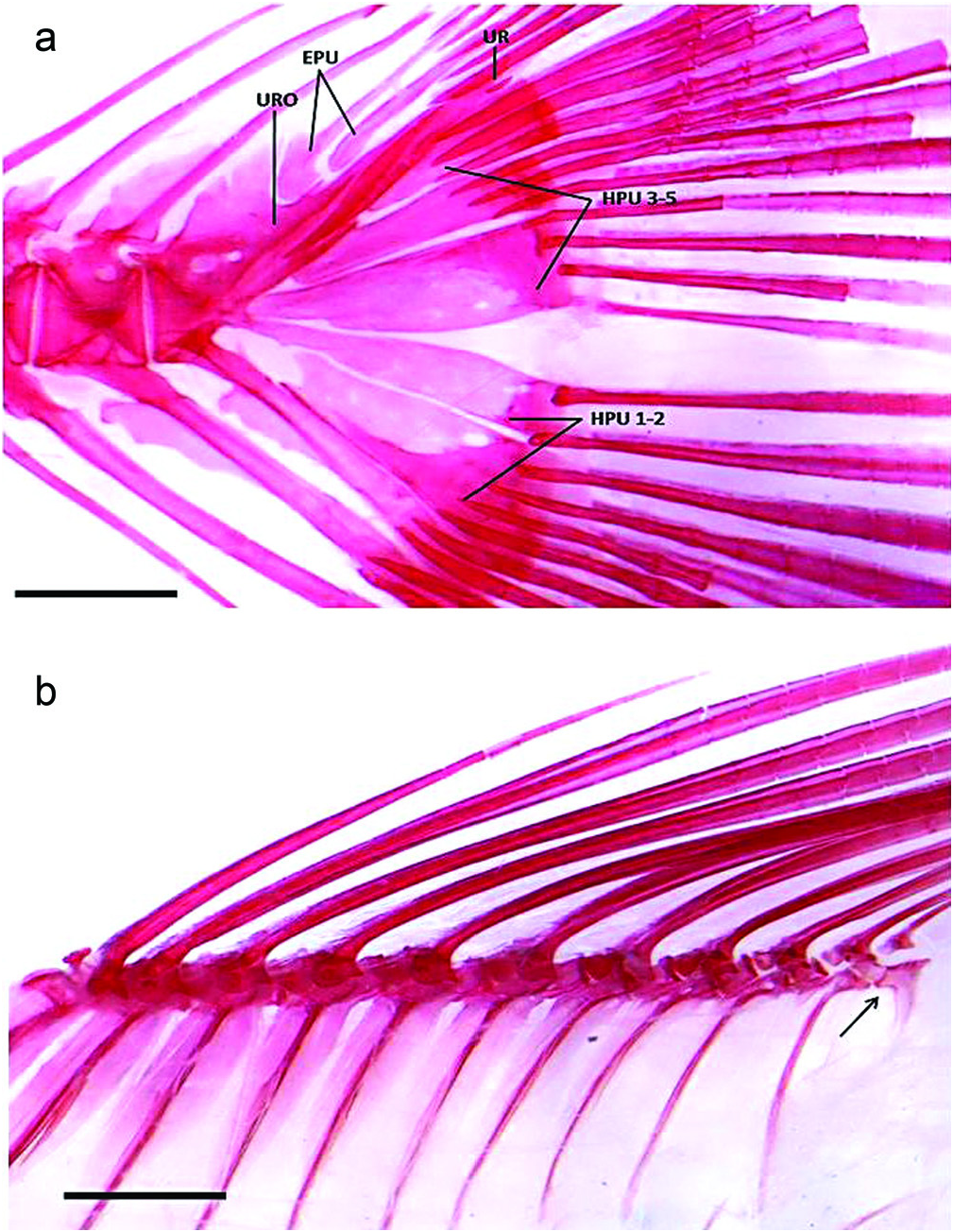 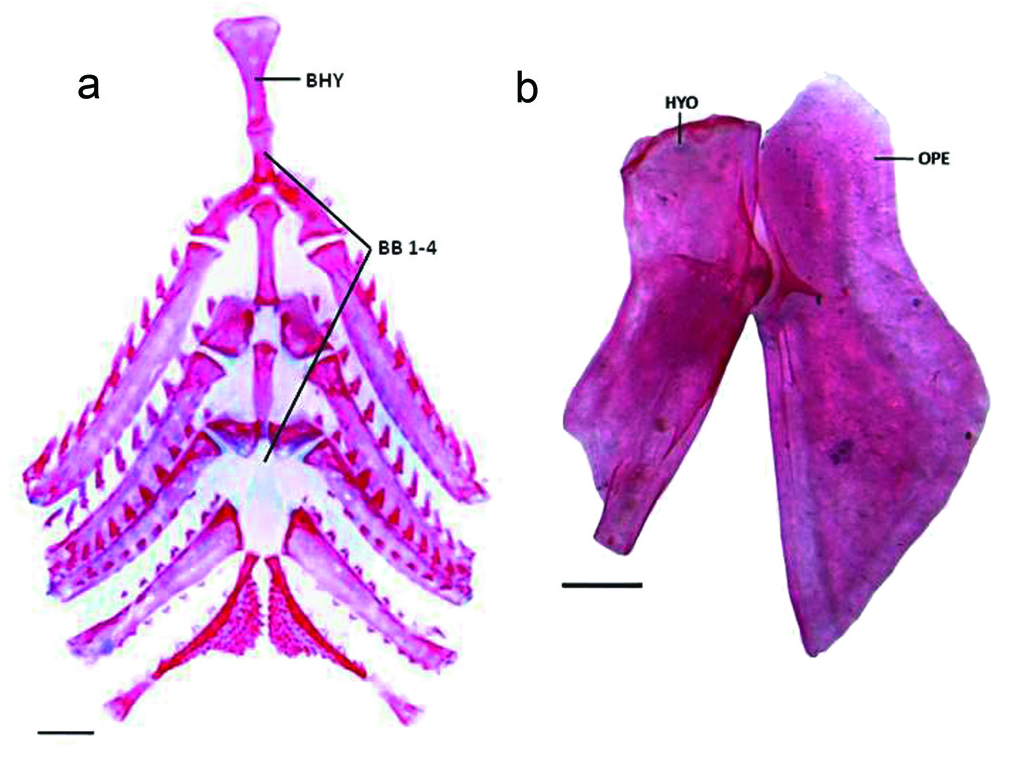 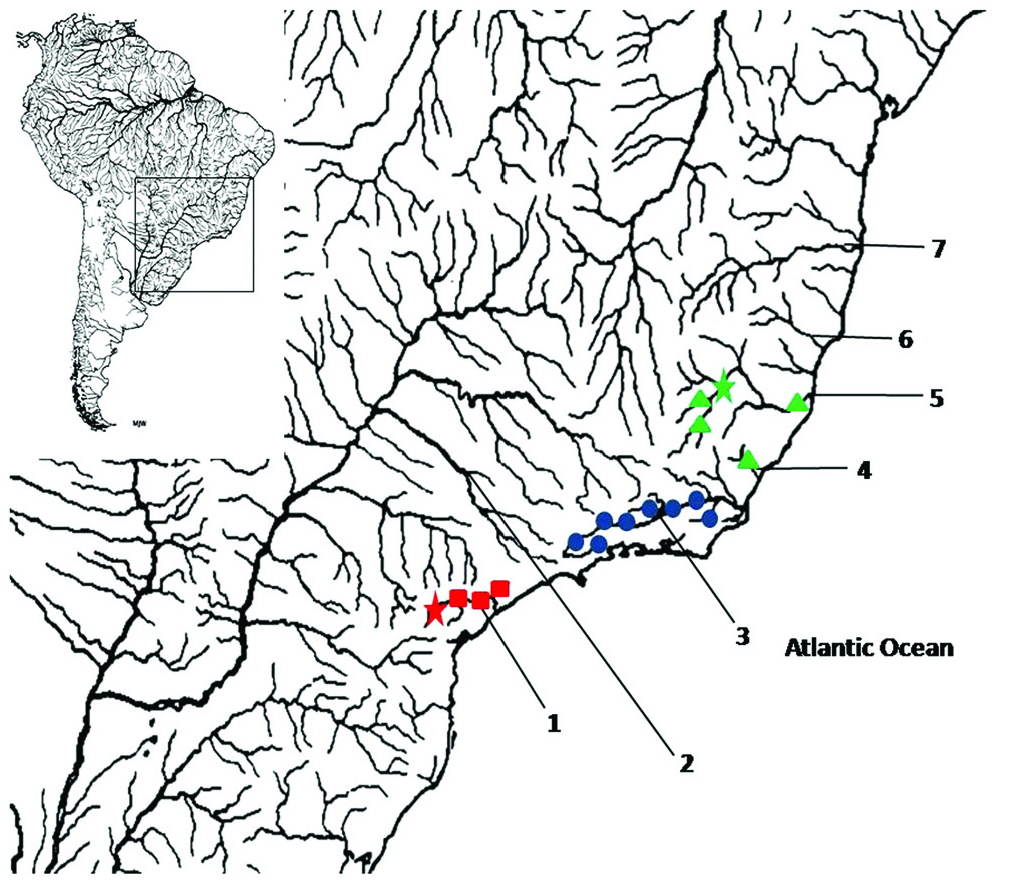 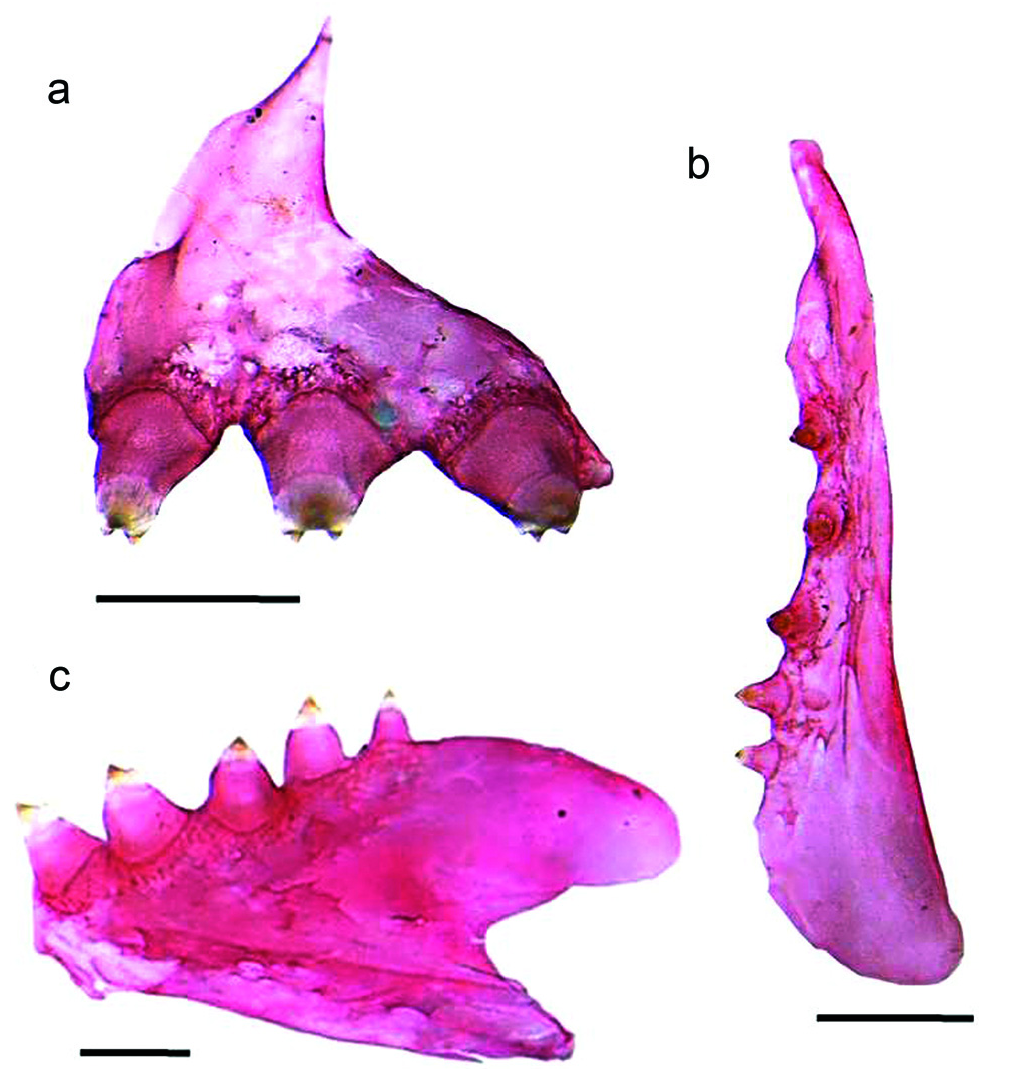