Comments. Until very recently, the single known specimen of this species was one of the two syntypes of T. laevis Champion. This   species is very similar to T. cozari   from the Lacandon forest of Chiapas, México, and its status as distinct species was confirmed only with discovery of a male. Despite a visit to the Cerro Zunil area in 1993, and intense sampling efforts at apparently suitable elevations, no specimens were collected; however, samples taken in 2008 from near San Marcos at 1600m produced three specimens of what appear to be this same species. The two females are structurally similar to the Cerro Zunil specimen, and until males from Cerro Zunil (or nearby) are found, these specimens are considered conspecific. It is possible, as with the other syntype of T. laevis   , that the geographic information on the label of the Cerro Zunil specimen is inaccurate (see comments under T. laevis   ).

Chorological relationships. Not known to be sympatric with any other species of Theognete   . 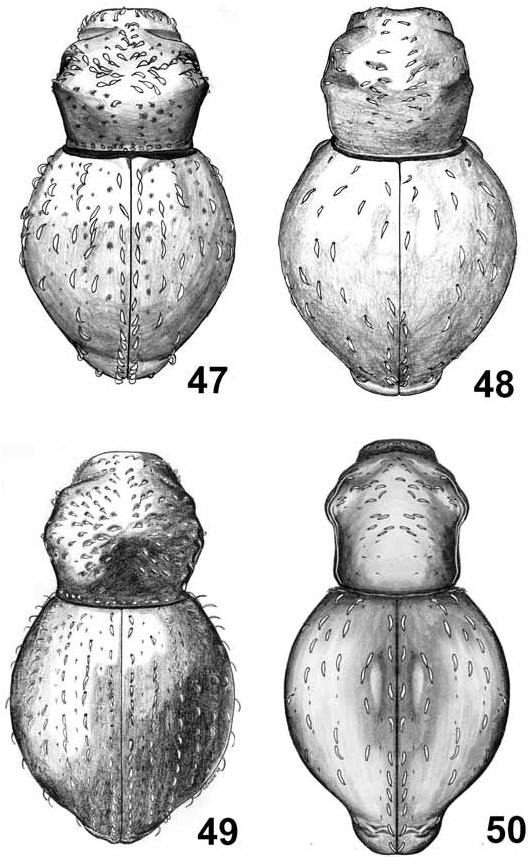 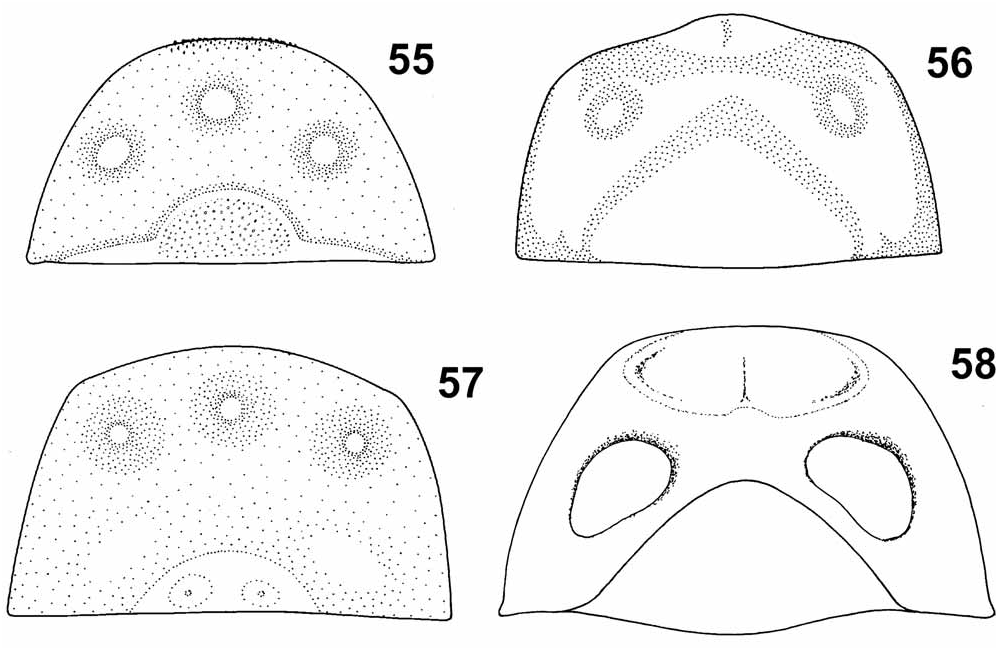