Diagnosis. Anastrepha amaryllis differs from other species of Anastrepha except A. furcata , A. fuscata and A. robusta in having the aculeus strongly dorsally curved. We have not examined this species, but it appears to differ from the latter three species in having longer terminalia (oviscape 3.43 mm long, 0.71 times mesonotum length vs. no more than 3.0 mm long, 0.65 times mesonotum length in the other species). It also has a longer aculeus tip (0.47 mm, vs. less than 0.40 mm in the other three species). In wing pattern it more resembles A. robusta , with less extensive dark brown areas than in the other two species.

Distribution. Anastrepha amaryllis is known only from Ecuador.

Biology. The host plants and other aspects of the biology of this species other than date of capture of adults are unknown.

Comments. The description and measurements for this species, which we have not seen, are mostly taken from the original description and figures of Tigrero (1998) and additional measurements kindly provided by Ing. Tigrero. The measurments of the terminalia are those he provided in the description; the length/width ratio of the aculeus tip in Tigrero's fig. 82 is less than that based on the measurements. 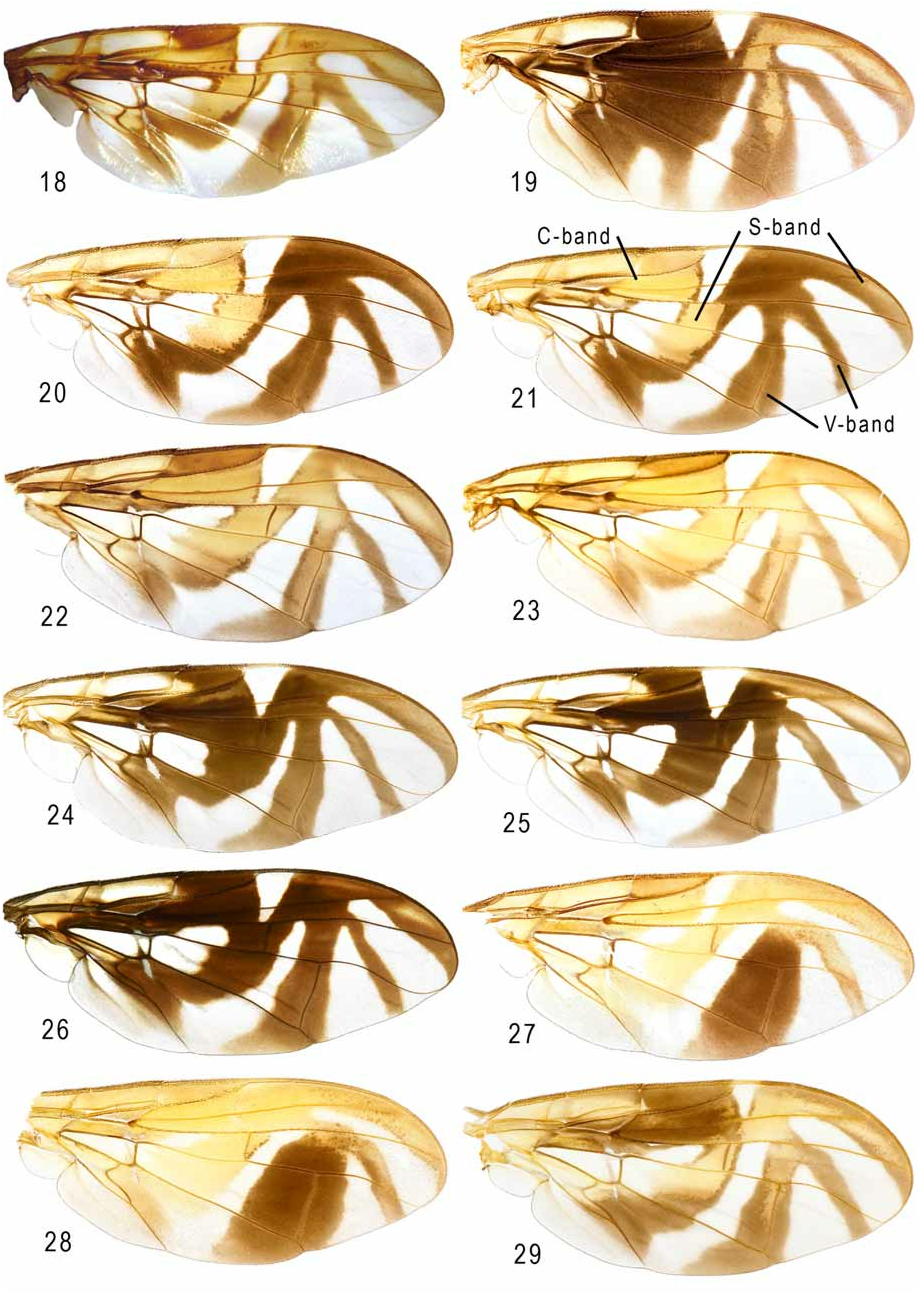 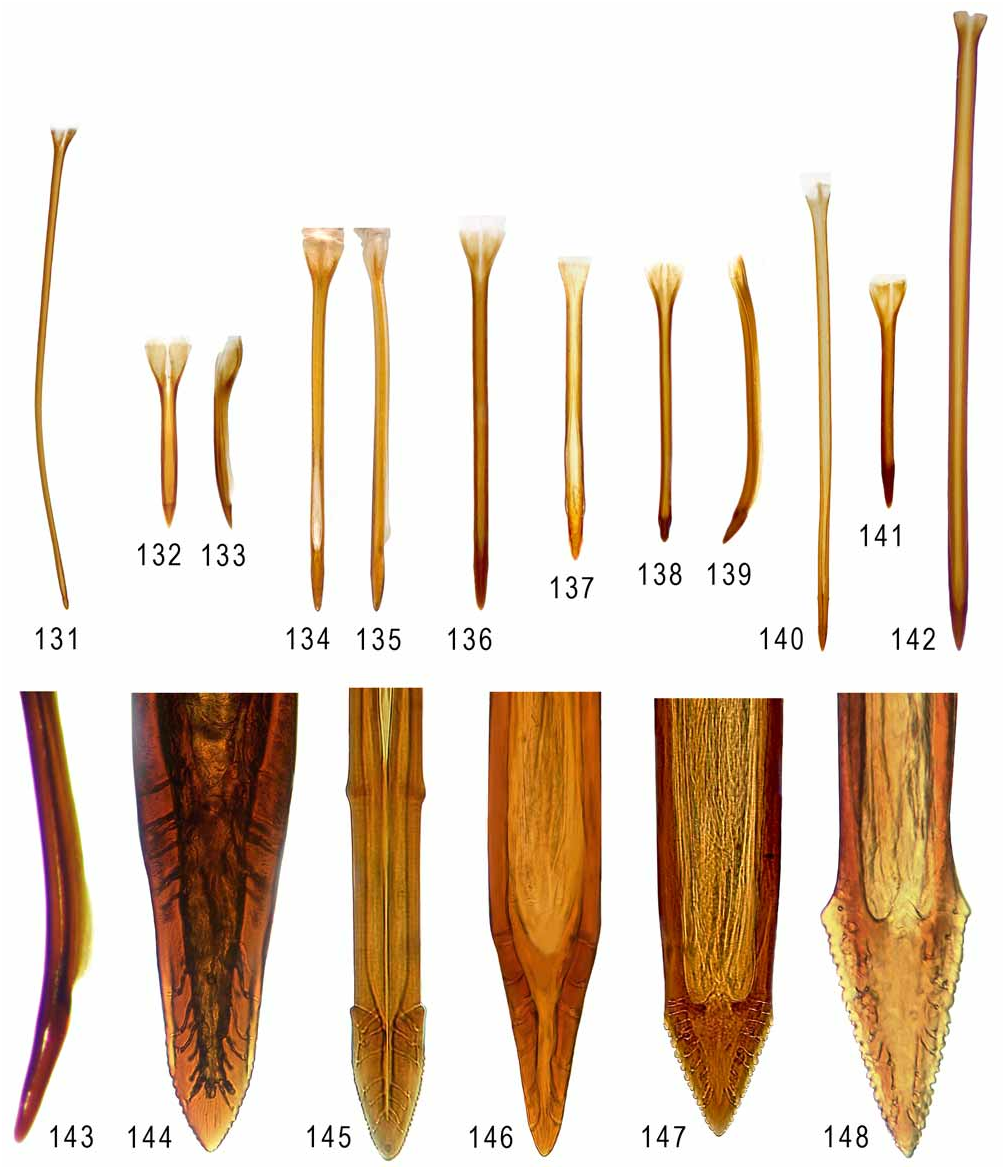 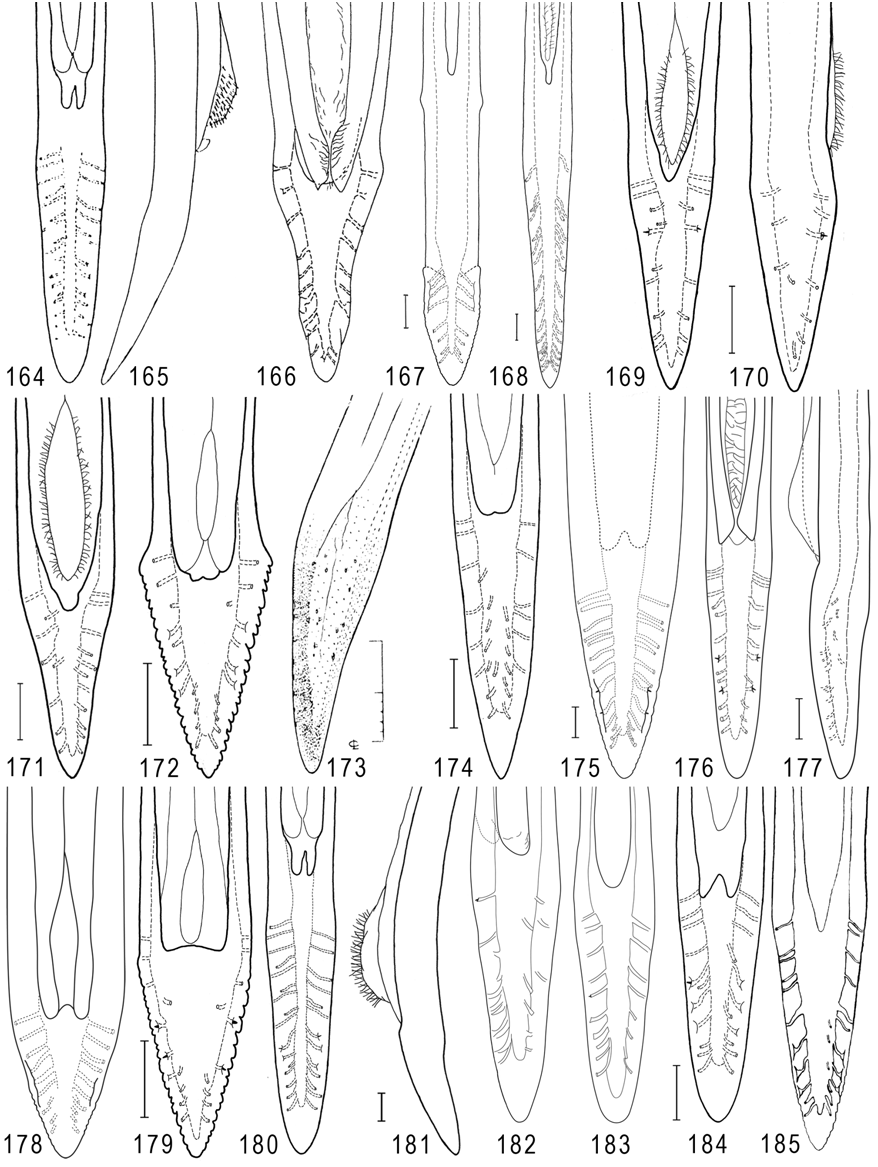