Diagnosis. Anastrepha fuscata differs from other species of Anastrepha except A. amaryllis , A. furcata , and A. robusta in having the aculeus strongly dorsally curved. It differs from the latter two species in having a longer aculeus tip (0.38 mm long vs. 0.21–0.28 in the other 2 species). It further differs from A. robusta in having the wing pattern more extensively brown and the margins of the aculeus tip convex. The subscutellum has a dark brown lateral mark, which is lacking in A. robusta and variable in A. furcata (present to varying extent in Panamanian specimens). We have not examined A. amaryllis , but it appears to differ in having a more extensively orange wing pattern and longer terminalia (oviscape 3.43 mm long, aculeus 2.59 mm long vs. 2.3 mm and 2.1 in A. fuscata ).

Distribution. Anastrepha fuscata is known only from Peru (Huánuco).

Biology. The host plants and other aspects of the biology of this species other than date of capture of adults are unknown.

Etymology. The name of this species is an adjective meaning dark, in reference to its dark wing pattern. 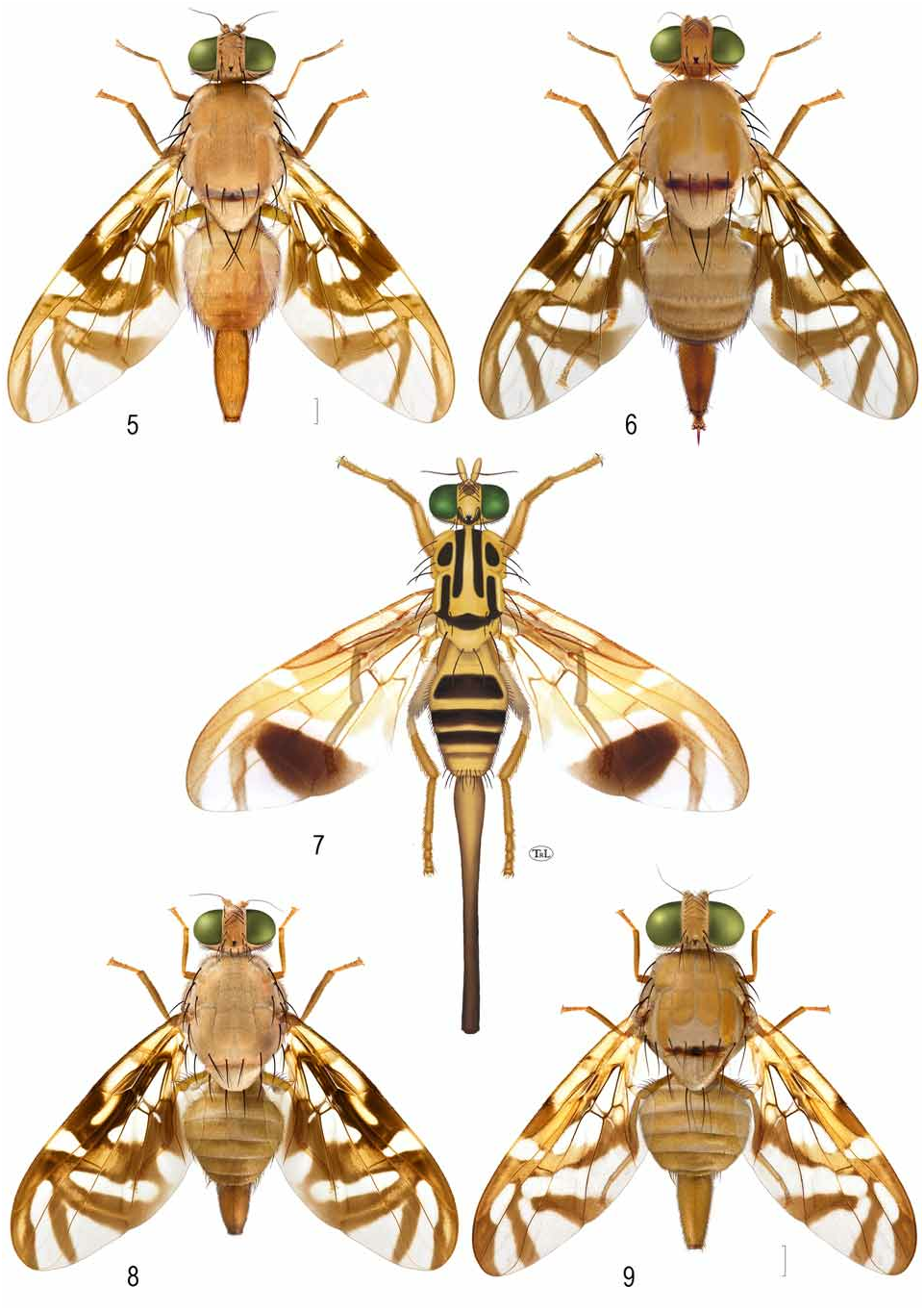 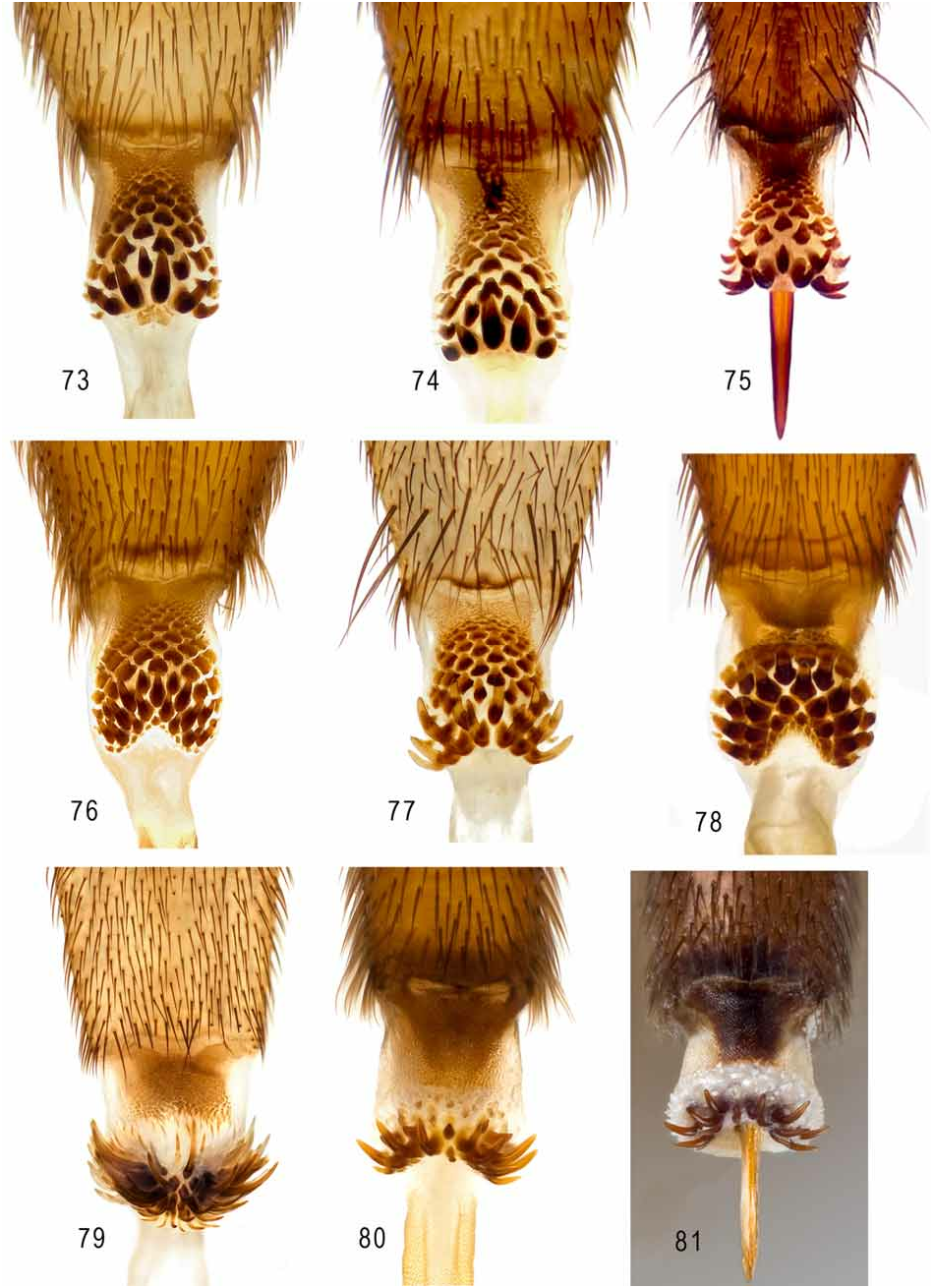 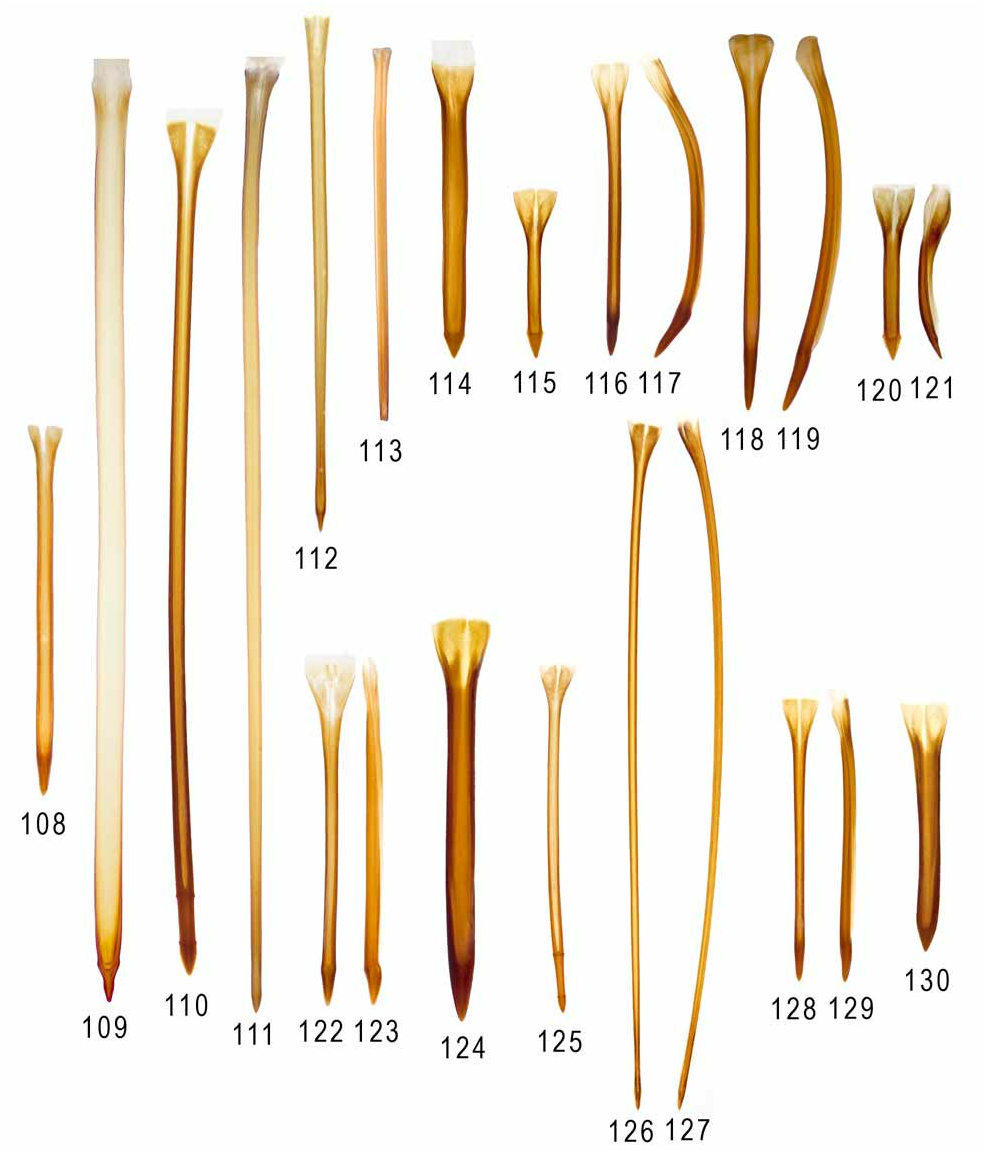