Oral shields slightly broader than long, rounded triangular, with convex obtuse proximal angle, straight distal edge, obtuse lateral angles. Madreporite with a small, circular, and shallow depression located in distal part and larger than other oral shields. Adoral shields covered by granules, which are larger than those on rest of body. Jaws bear 7–8 papillae at each side: LyOs small, 1.5× as long as broad, angled upwards; AdShSp largest, rounded; 2°AdShSp a little larger and similar in shape to LOPa; LOPa 3–4 conical and pointed, separated; IPa similar and separated from LOPa; TPa 1–2 at jaw tips, robust and pointed, larger and more robust than LOPa, widely separated. vT similar in shape but slightly larger than TPa. OPRSp 1, large and pointed at each side, visible within buccal cavity. Granules covering oral plates, larger than those on dorsal disc and interradii ( Fig. 5GView Fig).

Lütken (1859) did not designate any specific type material in his description of O. panamense  , but according to the International Code of Zoological Nomenclature ( ICZN 1999), Article 73.1.2, the only specimen reported in the original description (NHMD-107679) must be treated as holotype by monotypy. The description provided by Lütken (1859) is mostly based on the comparison of this species with other Ophioderma  from the Atlantic; therefore, a redescription of the holotype is provided in the present work.

We observed that the holotype, as well as adult voucher specimens, can have some 'fragmented' or 'broken' dorsal arm plates ( Fig. 5HView Fig) indicating that they might have been crushed by moving between rocks and these disruptions are the result of injury ( Ziesenhenne 1955; Stöhr et al. 2020b). Hendler (2018) observed that 'fragmented' dorsal arm plates in O. panamense  frequently occur on basal arm segments of adult specimens, but are rare on distal arm segments of adults and juveniles. It is important to emphasize that these fragmentations on the dorsal arm plates are a result of mechanical damage and are not an inherent feature of the species as occurs in O. peruanum  , O. teres  or O. vansyoci  .

Along with O. hendleri  sp. nov., O. panamense  is one of the most conspicuous and abundant ophiuroids in the Eastern Pacific, but it has often been confused with O. teres  and O. variegatum  (see Discussion section). Due to its commonness, O. panamense  is one of the most studied and commented species of the Eastern Pacific ( Lyman 1865; Verrill 1867; Ives 1889a; McClendon 1909; Nielsen 1932; Ziesenhenne 1955; Granja-Fernández et al. 2014), but many of these studies may be based on misidentified specimens. 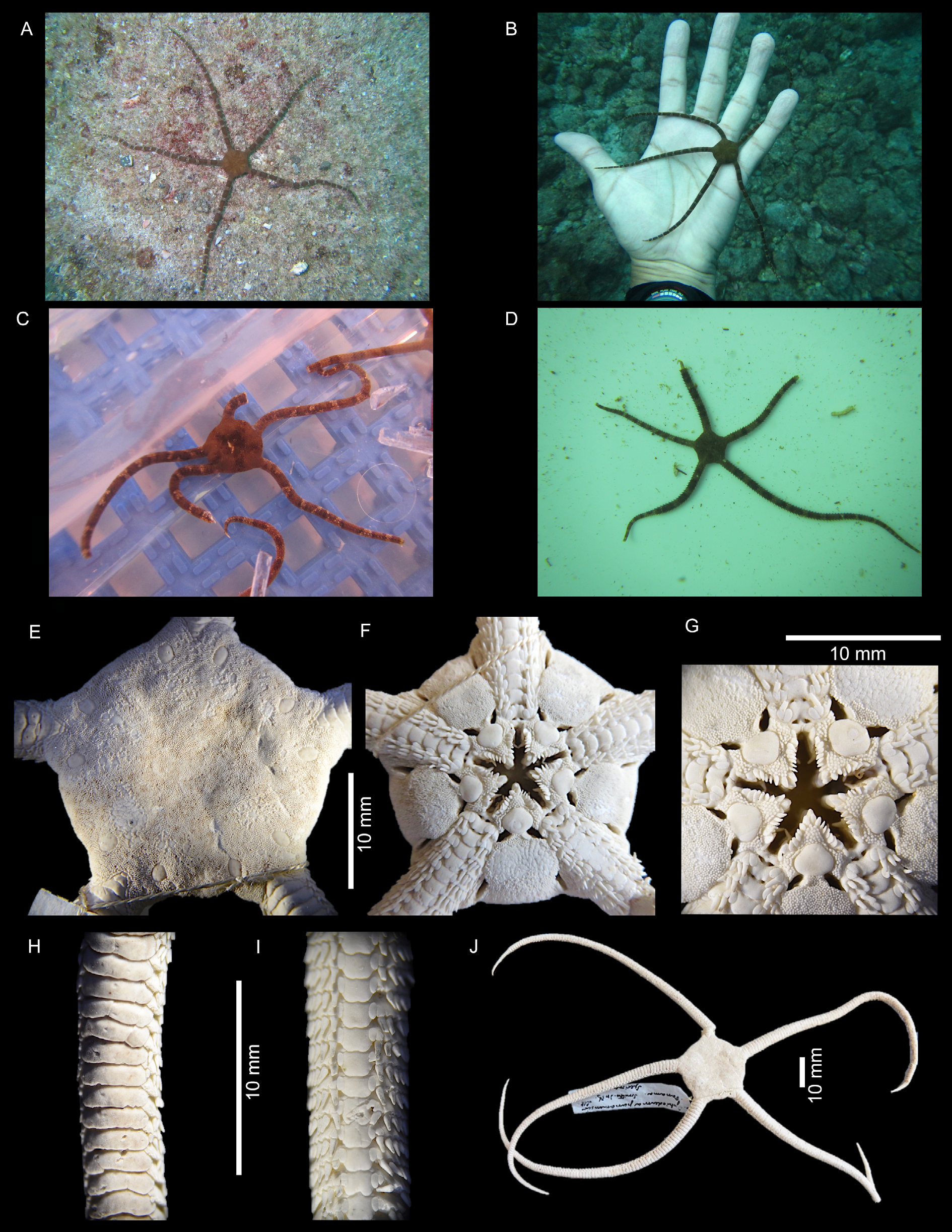 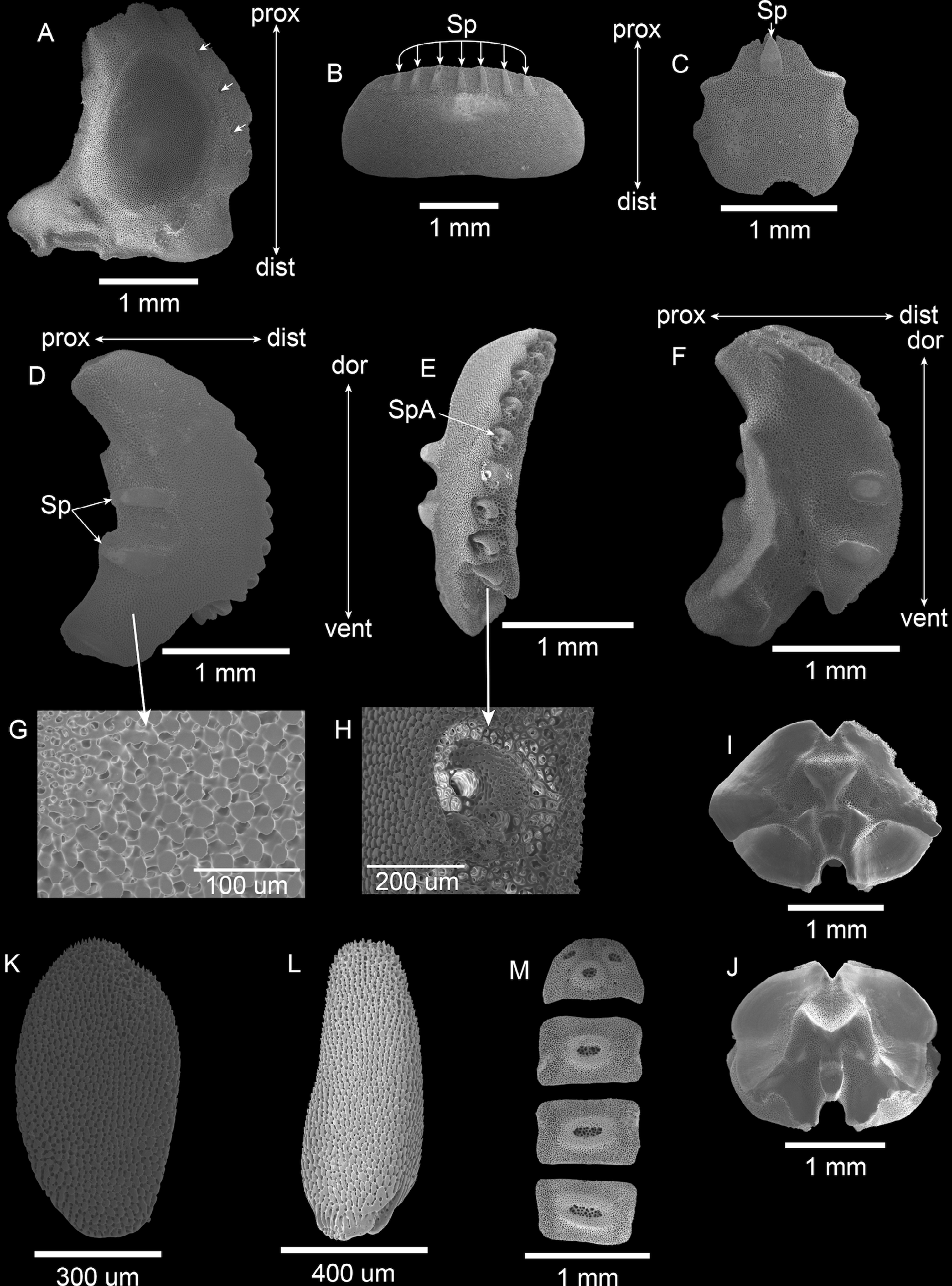