Definition. As for the family.

Etymology. The family name is based on the generic name Hyla  that is derived from the vocative of Hylas  , the companion of Hercules, in Greek mythology.

Remarks. The monophyly of all of the Nearctic, Mexican, and Central American genera of hylines is strongly supported ( Fig. 2View FIGURE 2). This clade contains 18 genera and 165 species. Except for the Central American Smilisca phaeota  , sila  , and sordida  , the ranges of which extend into northwestern South America, no species in this clade extends into that continent. 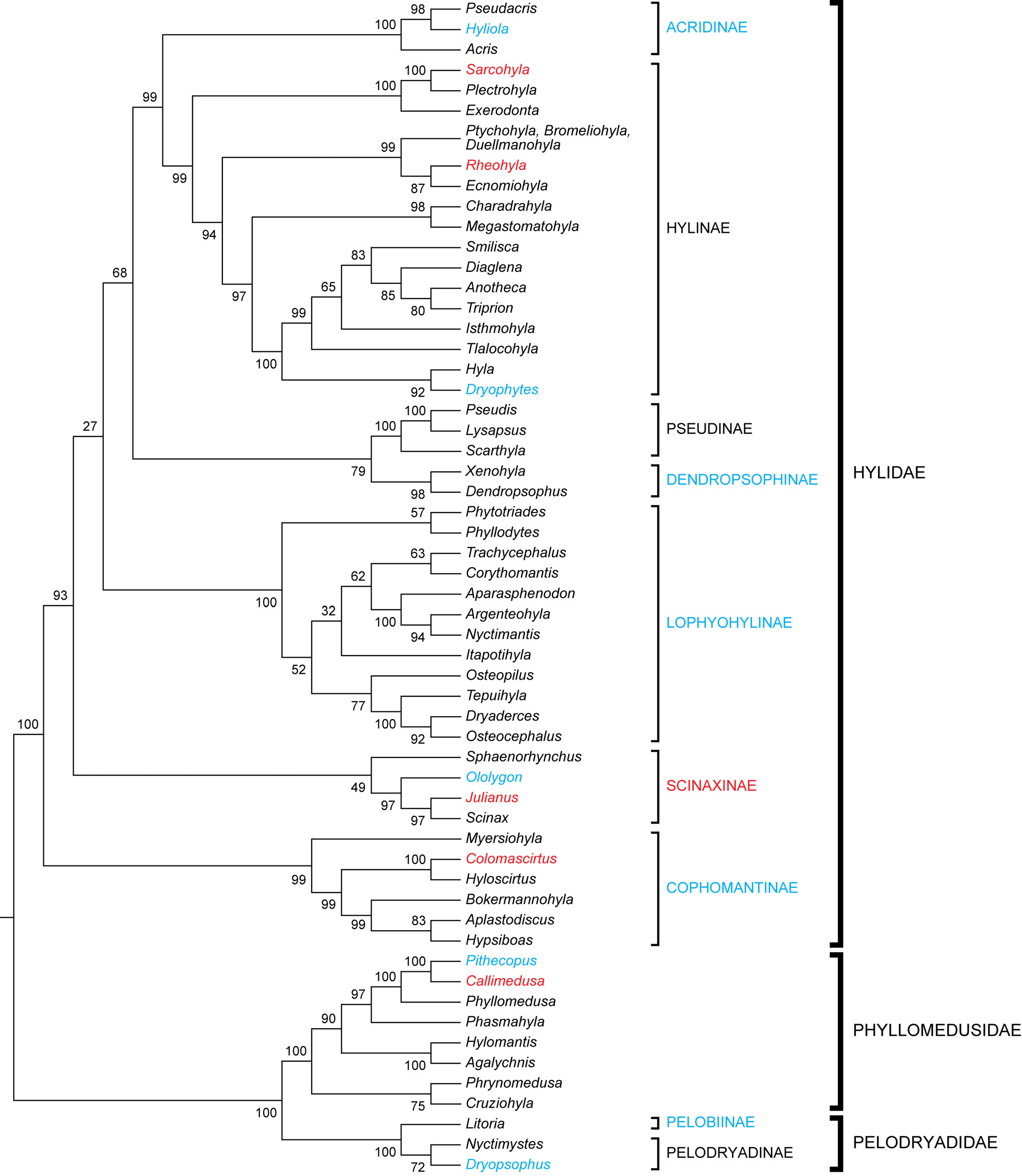 FIGURE 2. Phylogenetic tree of the families, subfamilies, and genera of arboranan frogs, distilled from the maximum likelihood phylogeny (Fig. 4). Names in red are new and those in blue are resurrected. The tree is rooted with Ceuthomantis smaragdinus, Dendrobates auratus, Haddadus binotatus, and Rhinoderma darwinii (not shown). Bootstrap support values are indicated at nodes.