Distribution. North America east of the Sierra  Nevada southward from extreme southern Canada to the Gulf of Mexico and on the Mexican Plateau southward to Oaxaca, plus the highlands of Chiapas, Mexico, and adjacent Guatemala. Nearctic Region in far eastern Russia, Korean Peninsula, Japan, eastern China, and Ryukyu Island

Etymology. The generic name is derived from the Greek dryos meaning tree and the Greek phytes meaning plant. This rather redundant epithet presumably refers to the arboreal habits of these frogs. The gender is masculine.

Remarks. The inclusion of Asian and North American taxa in the same genus is like the biogeography of Rana  , a genus with 41 species in Eurasia and seven species in western North America (Frost 2015).

Sixteen species of Dryophytes occur is eastern North America, and three species are found in eastern temperate Asia. We purposefully excluded sequences in Genbank ( FJ 226937View Materials, FJ 226830View Materials) identified as “ Hyla heinzsteinitzi  ” because they were labeled incorrectly. They are Dryophytes japonica  , introduced to Israel, as was determined by the authors of the study that generated the sequences ( Stöck et al. 2008). 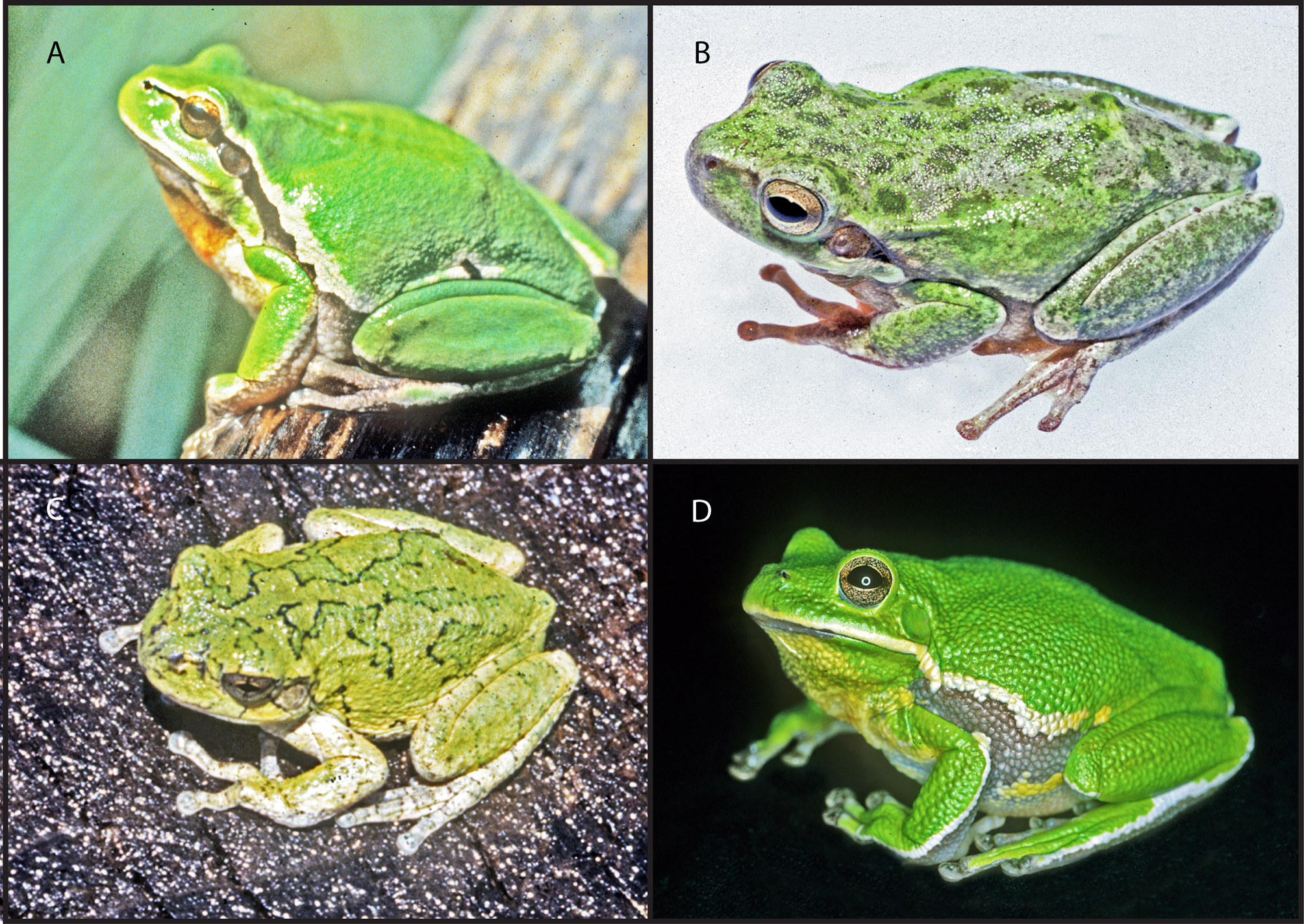