Remarks about breeding and development. Only rather few larvae of Otiorhynchus raucus   were obtained from at least three breeding attempts in the climate chamber of the JKI in Braunschweig. In 2011 no larvae were obtained from breeding with Euonymus fortunei (Turcz.) Hand.   -Mazz. In 2013 breeding was started on 10.06. with 18 weevils that were released on 2 flowerpots with Chaenomeles   x superba (Frahm) Rehder cultivar ‘Hollandia’, 2 with Thuja occidentalis   L. cultivar ‘Smaragd’ and 2 with Prunus laurocerasus   L. cultivar ‘Rotundifolia’. In 2014 9 weevils were placed on 0 4.06. in 3 Prunus laurocerasus   and 1 Fragaria vesca   L. cultivar ‘Regina’ flowerpots. One flowerpot with Thuja occidentalis   from the last year that contained no more larvae was added. The first mature larvae were obtained in 2013 in November and in 2014 in December, i.e. after 5 or 6 months, respectively. Also from the attempt in 2013 that revealed the highest number of mature larvae, no pupae could be obtained. In the field no larvae of O. raucus   were found, which may be due to feeding sites deep in soil and perhaps to low or at most medium abundance.

The life-cycle of Otiorhynchus raucus   is not well known. Early in the season, mainly in April and May, teneral weevils appear on the soil surface and start to lay eggs when sclerotized, from May or June, during the whole season until August and September. Adults overwinter in the pupal chamber deep in soil. Eggs laid late in the season should produce larvae that overwinter, too. Scherf (1964) confirmed the presence of overwintering larvae, but without giving any further information. Own attempts to find larvae in winter failed, but G. Kubach dug out even 8 not sclerotized, young adults on 26 th January 2011 at the site with the highest abundance in Wiesbaden-Schierstein during the soildwelling weevils project of the Curculio Institute ( Sprick & Stüben 2012). Soil depth was around 50 cm. The pupa of O. raucus   is still unknown. 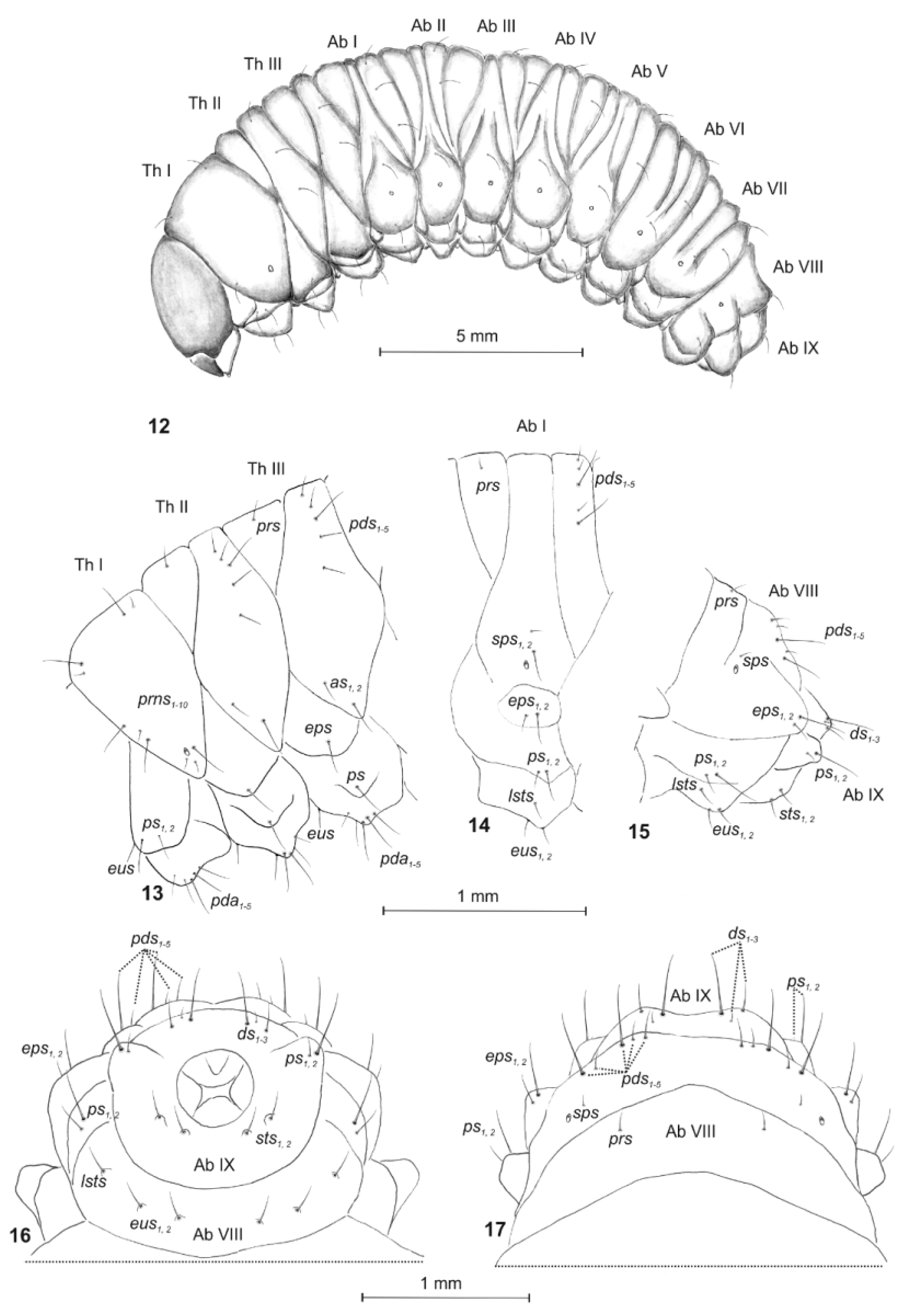