Etymology. The specific epithet is Latin adjective pilosus, ­ a, ­ um, meaning “hairy” or “shaggy,” referring to the prominent pilosity on the surface of abdominal ventrite VI.

Discussion. This species is part of the large D. convexa  species group which now includes 17 species. The group is characterized by a small, articulable process on the male lateral lobes (e.g. Figs. 4, 5View FIGURES 4 – 17). The species were revised by Young (1981) and species can be identified using his revision and the review of Desmopachria  by Miller (2001). 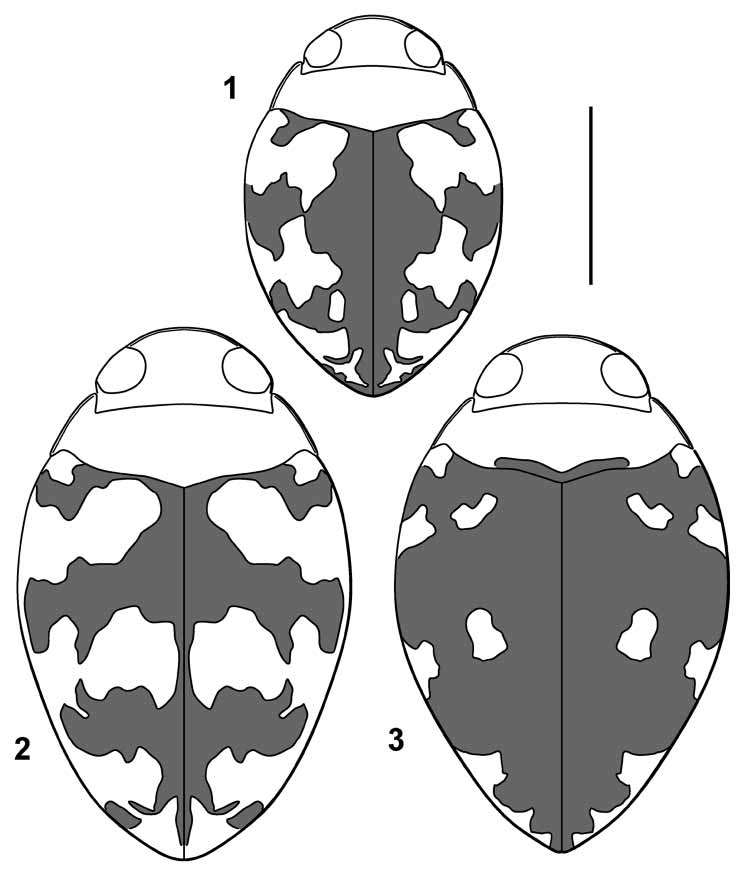 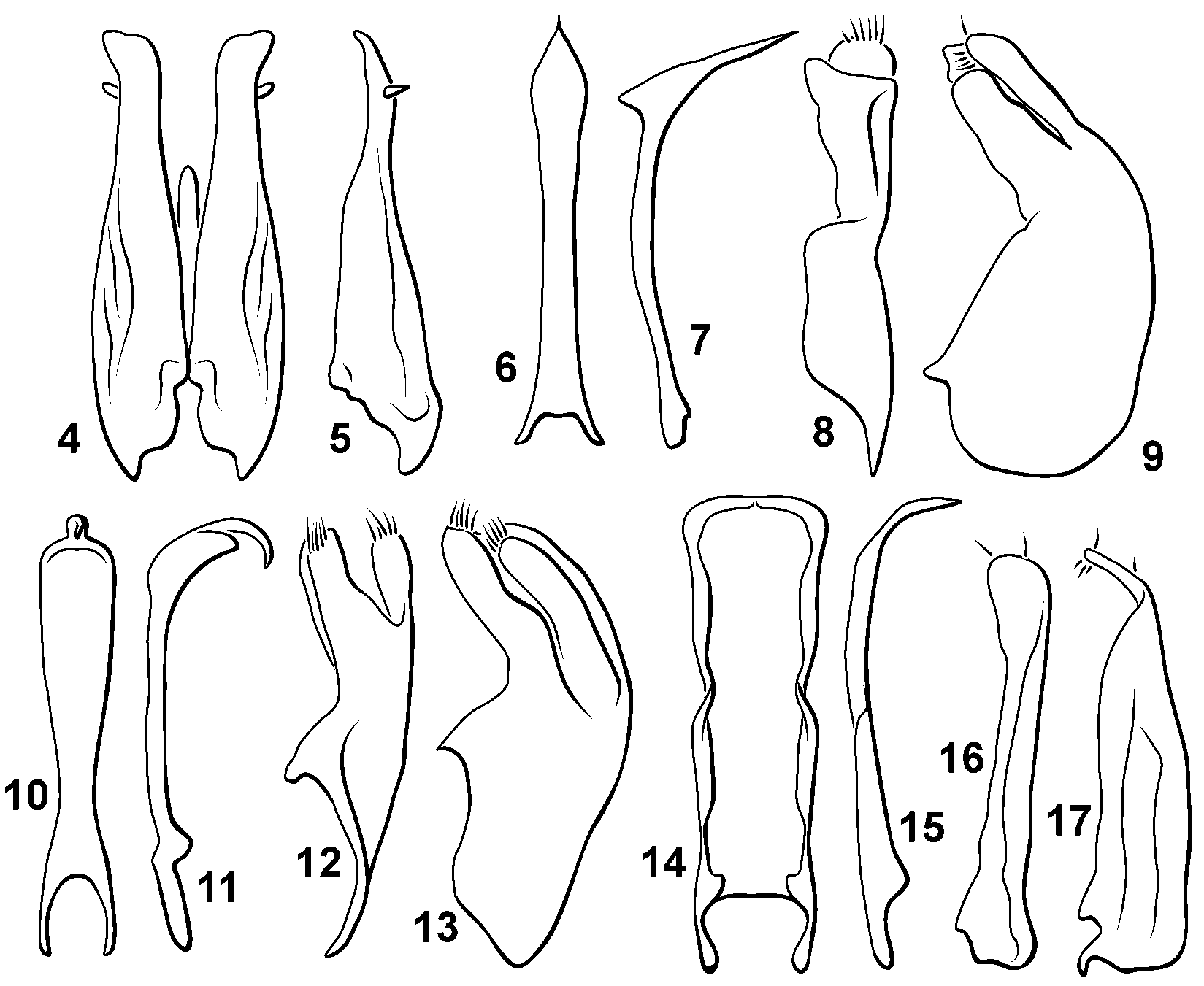