Distribution. Restricted to the highlands of Guatemala, in the Sierra de los Cuchumatanes, Huehuetenango, east to the vicinity of Cobán, Alta Verapaz.

Diagnosis. Sorex veraepacis  is a member of the S. veraepacis  species group. Its size is medium for the species group, greater than in S. v. chiapensis  and S. madrensis  , but less than in S. ibarrai  in most dimensions ( Table 1). Color of upper parts is Clove Brown or darker, approaching Chaetura Black. The venter is only slightly paler in color. The tail is essentially unicolored. While the basic color of the lectotype and paralectotype does not differ from that just described above, there does appear to be a slight reddish tinge to the tips of the dorsal hairs. This may be the result of foxing. The lectotype and paralectotype ( BMNH 43.9.15.2) were examined by JOM. Both have well-penciled tails (hair extends 2–2.5 mm beyond end of tail). Several specimens recently collected near San Mateo Ixtatán and Laguna Magdalena, Huehuetenango, also had penciled tails (pencils 1.5–2 mm). U3 is usually <U4.

Description. Measurements for specimens from Huehuetenango are given in Table1 (under Sierra de los Cuchumatanes). Compared to S. chiapensis  and S. madrensis  , S. veraepacis  averages larger in all measurements. Compared to S. ibarrai  , it averages smaller, but has a relatively longer mandible and rostrum relative to skull length and the braincase is slightly more inflated.

Remarks. Gray (1843) referred to the original two specimens as Corsira temlyas  . They were recorded as being from Cobán, Tropical America (now understood to be Cobán, Alta Verapaz, Guatemala). Alston (1877) subsequently described these two specimens as a new species ( Sorex  verae-pacis). We also refer two additional BMNH specimens, in fluid, to this species. One, BMNH 75.2.26.12 is also from Cobán, but has South America on the label. It was purchased from O. Salvin (T. McCarthy  personal communication). The other, BMNH 65.5.18.78 appears to be the same species, also purchased from Salvin (T. McCarthy  personal communication). However, the locality on the label cannot be found on any map available to us. This locality is given on the label as “Chactu” or “Choilu” without any other writing. The skins, especially the penciled tails, of both of these specimens look very much like those of the lectotype and paralectotype. As stated above in the “Discussion”, Cobán is probably not the actual type locality. All specimens of S. veraepacis  , as currently understood, have been found only in cloud forests. There are remnants of cloud forest in some of the mountains both to the south and east of Cobán, as well as to the west in the Sierra de Cuchumatanes. Based upon our PCA ( Table 5, Figure 5View FIGURE 5), we believe that our assignment of the lectotype of Sorex veraepacis  to populations associated with the Sierra de los Cuchumatanes to be justified. 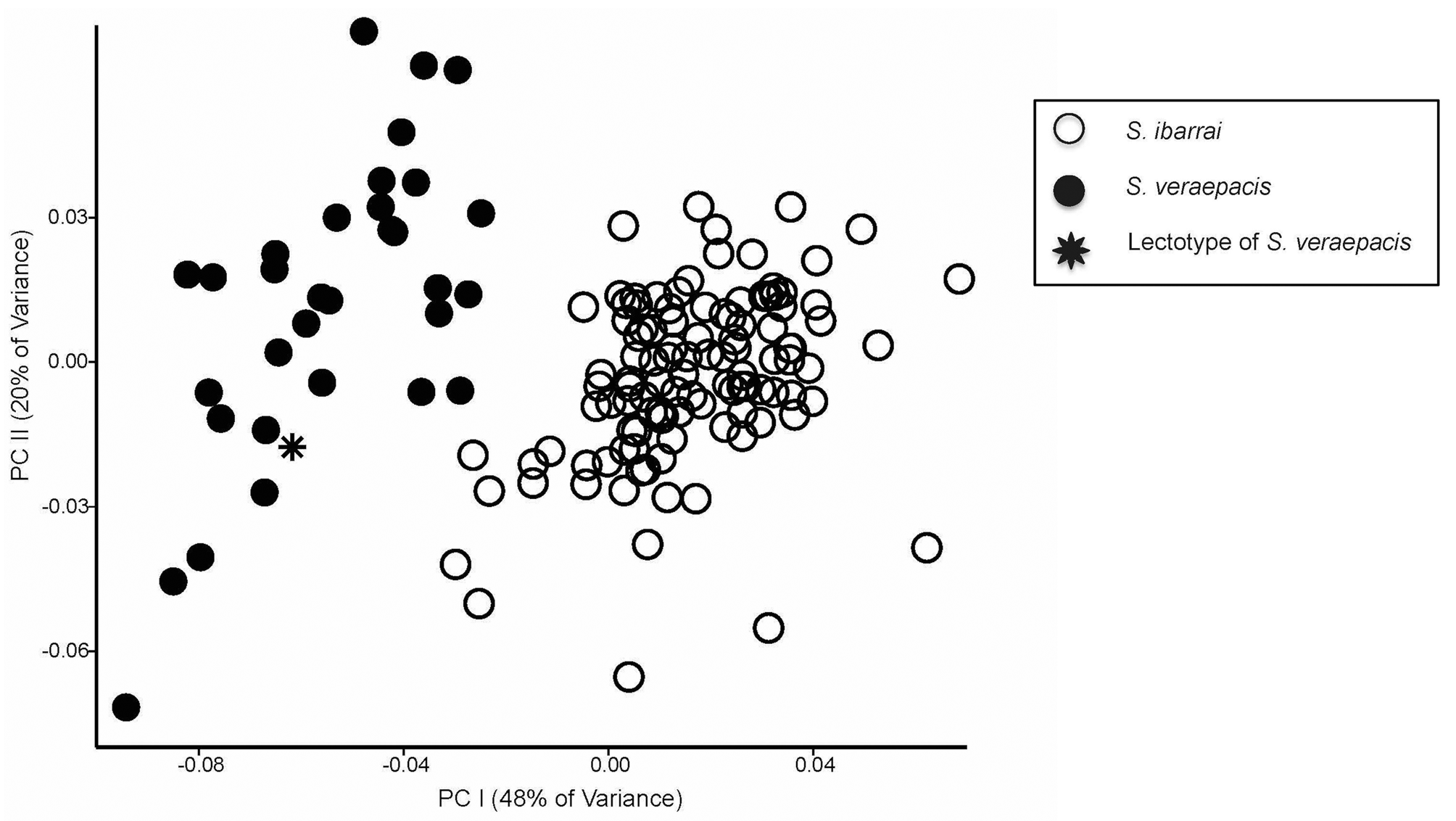 FIGURE 5. Plot of the Principal Component scores on the first two axes based on 8 log-transformed skull variables for specimens identified as Sorex veraepacis including the type specimen (see Table 5).