Aegidium borrei   is similar to Ae. varians   sp. nov. but differs in having a tuft of setae on the metatibiae ( Figure 5 View Figure 5 (b)). This diagnosis, however, is incomplete because it is based on a single male specimen lacking the aedeagus and having weakly developed prothoracic armature (see remarks below).

Anterior margin of frontoclypeus slightly convex in middle, slightly sinuate each side of medial convexity, rounded laterally, without border. Frontoclypeus punctate with rounded to slightly elongate punctures separated by less than a puncture diameter.

Eye width about 1/8 distance between eyes in dorsal view.

Ae. borrei   is known only from the type locality in Colombian Andes ( Figure 5 View Figure 5 (d)).

This species was described from a single male and no additional specimens were available. Paulian (1984) noted that it differed from Ae. cribratum   and Ae. colombianum   in the less-developed lateral prothoracic processes and in its larger size, and from Ae. asperarum in the wider body with more developed dorsal sculpture. These characters, however, are not diagnostic. By the general appearance and the shape of the spiculum gastrale the holotype of Ae. borrei   is similar to Ae. varians   sp. nov. The holotype lacks the aedeagus, and the drawing of its paramere given by Paulian (1984, fig. 36) is too schematic to compare it with the parameres of Ae. varians   sp. nov. However, the latter species differs in the absence of a tuft of setae in the metatibiae – the character considered species-specific in Aegidium   (see diagnosis of the genus). From another Andean species with similar tuft on metatibiae, Ae. onorei   sp. nov., Ae. borrei   differs in the sculpture of the pronotum and the shape of the spiculum gastrale. 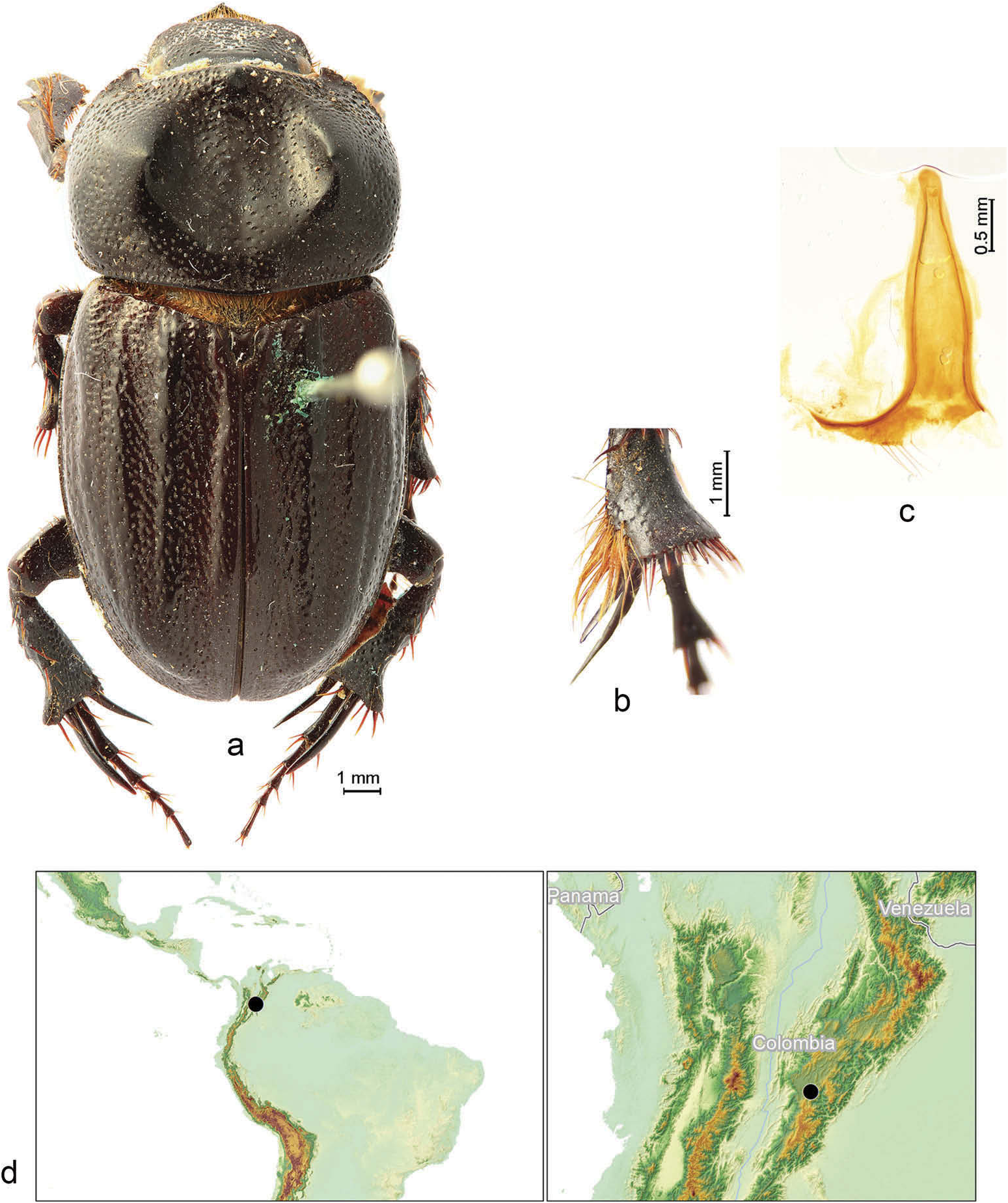