Aegidium bordoni   sp. nov. is most similar to Ae. columbianum   but can be separated from it by shorter parameres with less protruding lateral teeth and endophallus without hookshaped sclerites.

Female ( Figure 14 View Figure 14 (c)) differs from male in having protibial spur and relatively smaller pronotum without armature but with shallow longitudinal excavation, and in the absence of the inner protibial tooth.

Male paratypes have body length of 16.5 and 17.0 mm and are similar to the holotype in all characters except that one specimen has smaller prothoracic processes. Length of the females is 12.5–14.0 mm.

The new species is named after Carlos Bordon (El Limon, Venezuela), who collected the holotype   . 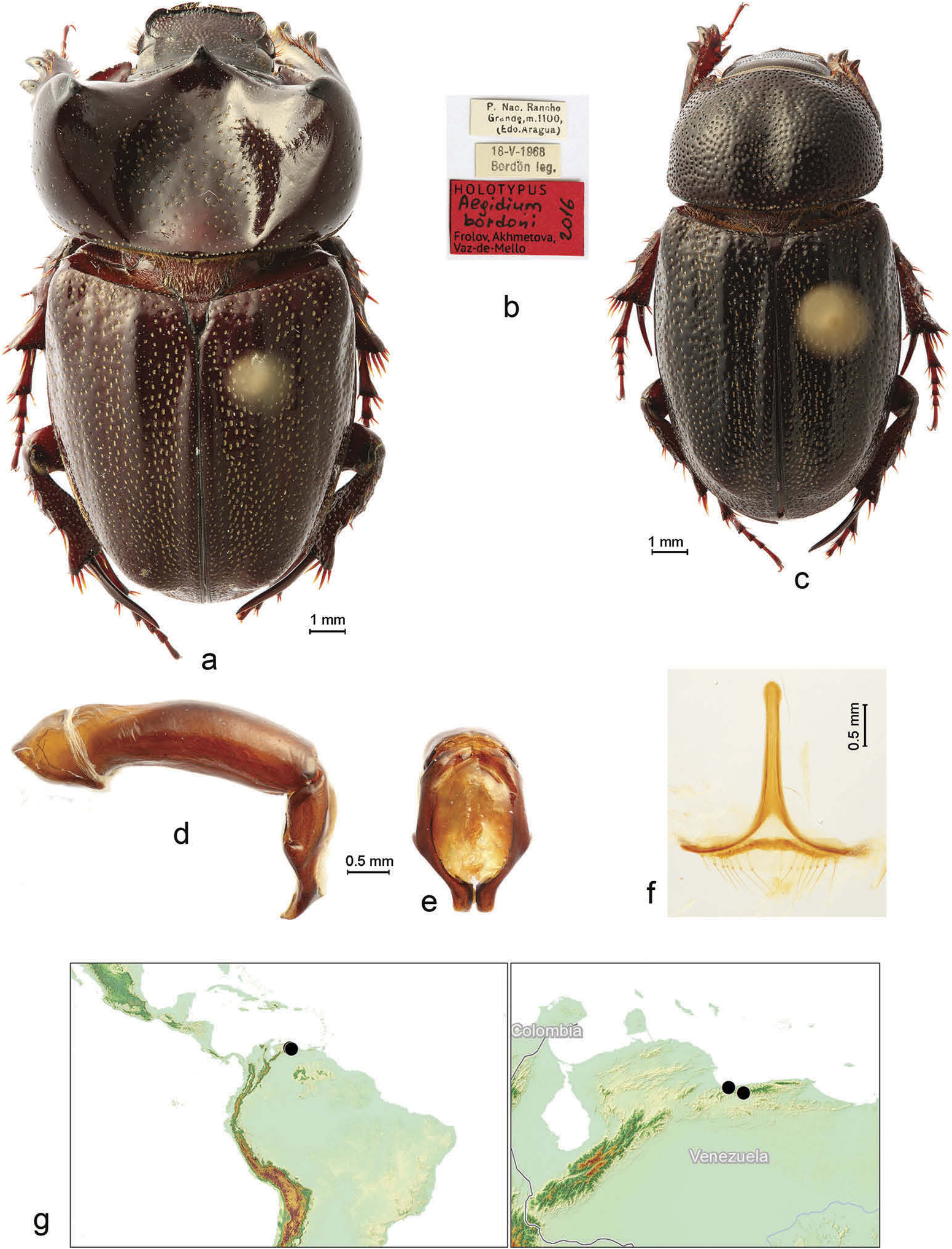