Aegidium geayi   is most similar to Ae. rafaeli   sp. nov. and Ae. peres   fi lhoi sp. nov. but differs from them in having denser punctation of elytra. From the former species it also differs in having mesotibiae without a tuft of setae on inner side apically, and from the later in longer parameres which are about as wide as the phallobase in dorsal view.

Eye width about 1/6 distance between eyes in dorsal view.

Female ( Figure 13 View Figure 13 (b)) differs from male in having protibial spur and relatively smaller pronotum without armature. Body length of examined females varied from 9.5 to 11.5 mm.

Some of the examined males are much smaller than others, and have poorly developed pronotal excavation (only longitudinal groove), ill-defied lateral pronotal processes but relatively long, acute anterior pronotal process. 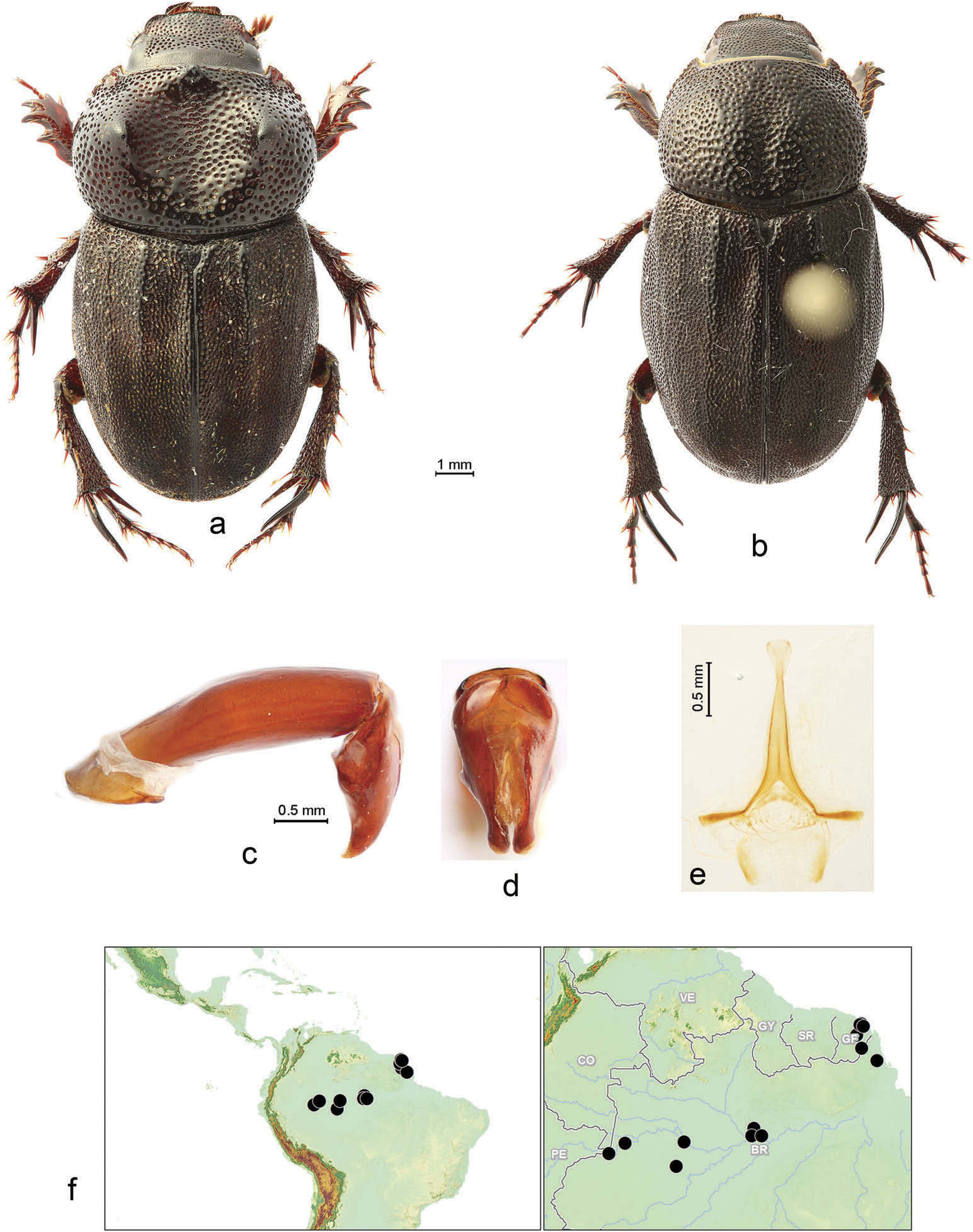