Surface structure similar as in female. Hind leg with one or two preapical spurs (6 specimens with one and 4 with two). Claw of hind leg with subapical tooth shorter and narrower than apical tooth, without deep notch between basis of claw and subapical tooth, outer side of claw almost straight in basal half. Sterna 7–8 with shallow depressions densely covered with erected, dark brown setae, setaceous fields covering most of sterna except for a 100–150 µm wide zone along distal and latero-distal edge ( Figs 5 View FIGURE 5 C –D). Distal edge of sternum 9 deeply notched ( Fig. 6 View FIGURE 6 A).

Etymology. The species name, a noun in apposition, has been chosen in accordance with the genus name of the grass which was oviposited in Sivas.

Molecular analysis. The complete dataset of COI, cyt b, and EF-1α nucleotide sequences for five Trachelus   and two outgroup species of Cephini consisted of 1,742 positions (736 bp of COI, 433 bp of cyt b and 573 bp of EF-1α). Male and female specimens of the new species have identical nucleotide sequences for each investigated gene region. The pairwise genetic distance of the new species to other investigated Trachelus   species is ranging from 2.1–2.3 % for the nuclear gene EF-1α and 11.3–12.5 % and 11.3–14.8 % for the mitochondrial genes COI and cyt b, respectively. Interspecific pairwise differences within the Trachelus   species ranged from 11.3–14.1 % for COI, 11.3–18.2 % for cyt b, and 1.2–3.0 % for EF-1α ( Tables 2–3). The BI and NJ trees for the concatenated data set is presented in Figure 1. In the BI tree (Fig. 1A), the basal position of T. iudaicus   within Trachelus   is strongly supported by a high posterior probability (PP) of 0.99. In this tree, T. stipa   splits off comparatively basally, after T. iudaicus   , but this branching has gained only low support (PP = 0.67) as well as the position of T. troglodyta   (PP = 0.58). The remaining species constitute a clade with T. tabidus   and T. libanensis   representing the most recent speciation event (PP = 0.93). In the NJ tree (Fig. 1B), T. iudaicus   and T. tabidus   are included in a common clade which forms the sister group of the other Trachelus   species. T. stipa   and T. troglodyta   constitute sister taxa with a considerable genetic distance between them ( Table 2–3), and T. libanensis   is the sister taxon of this clade. The most basal branching is corroborated by a bootstrap value of 0.75, but the bootstrap values for the internal branching pattern of Trachelus   are low (0.35–0.45). 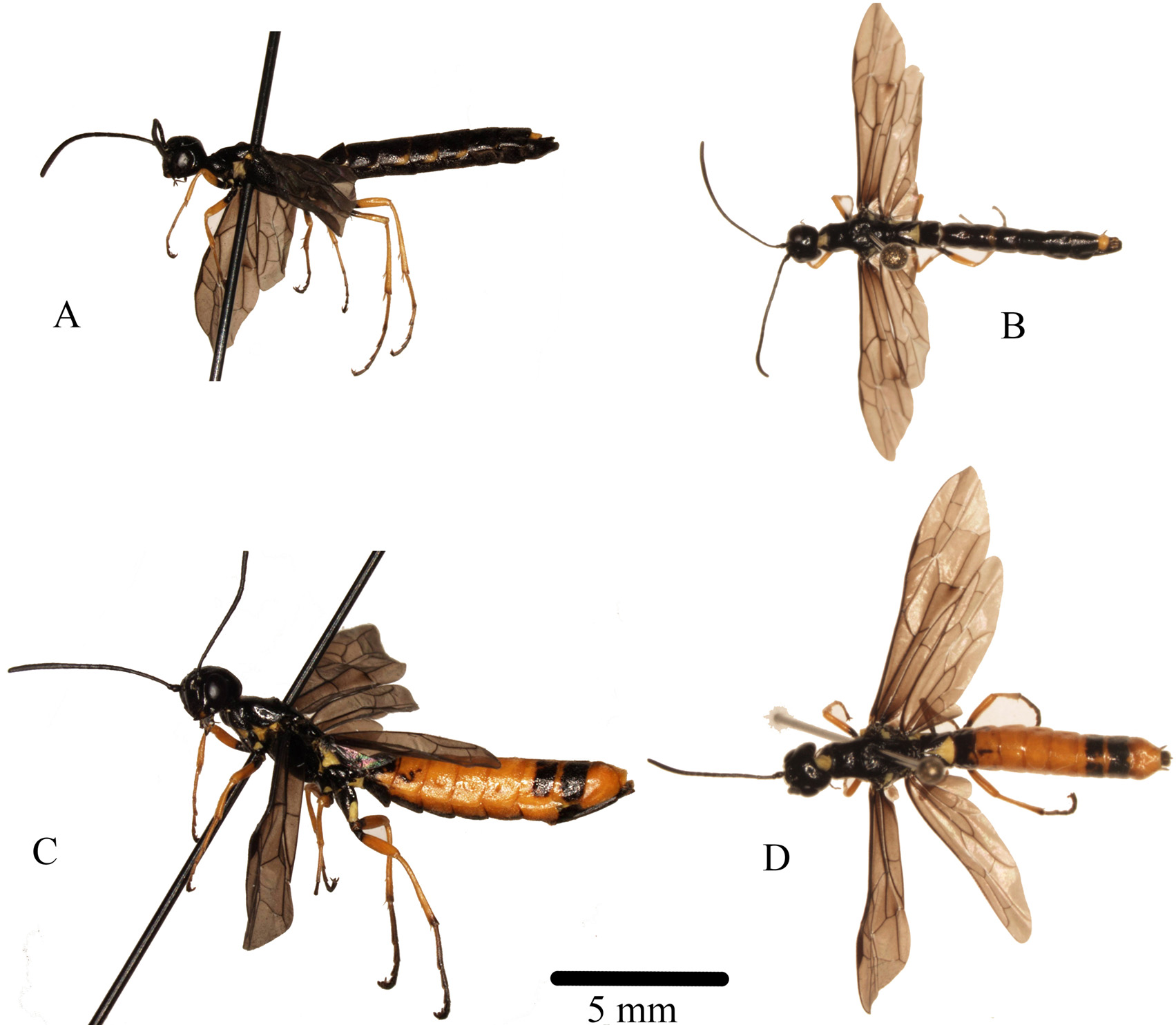 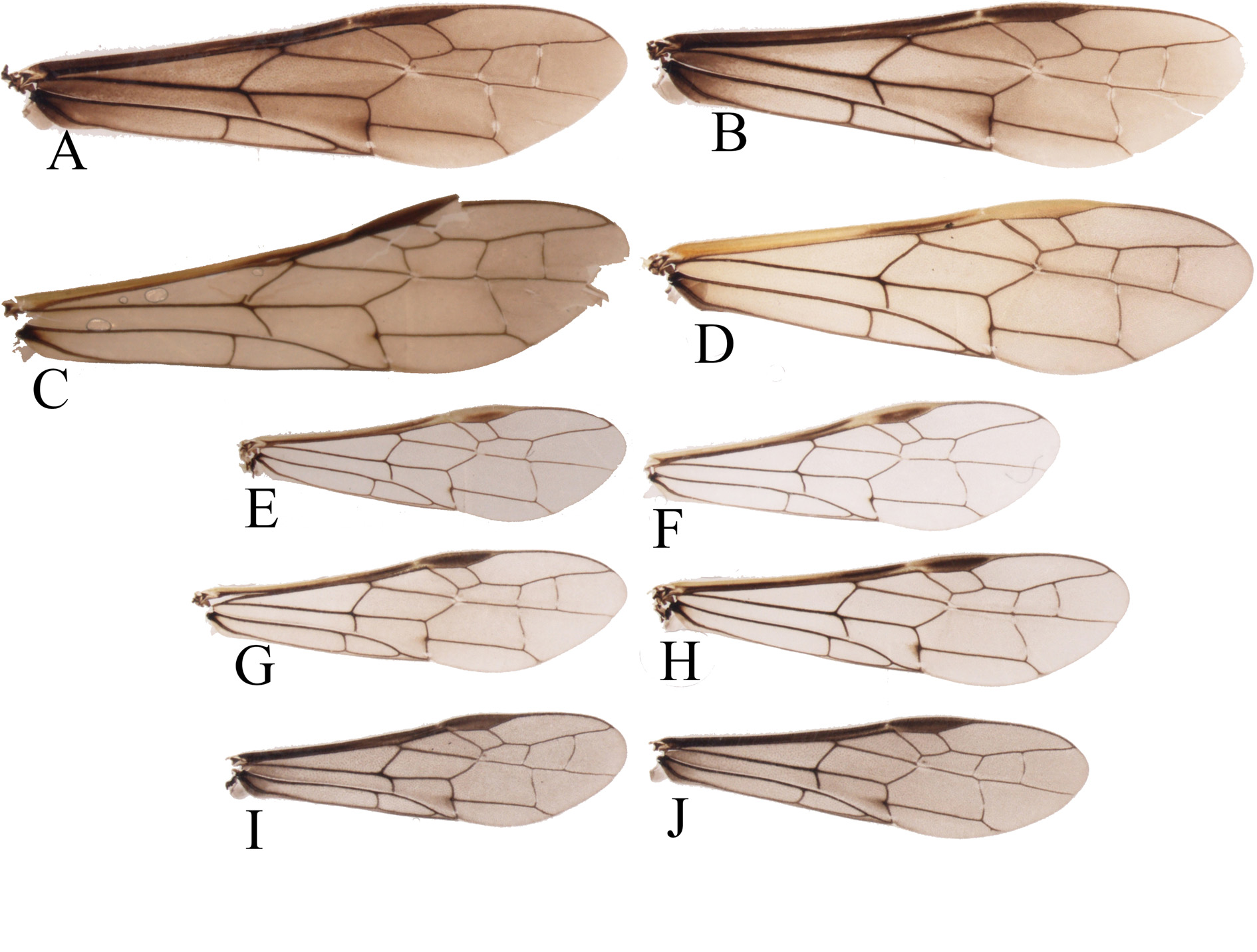 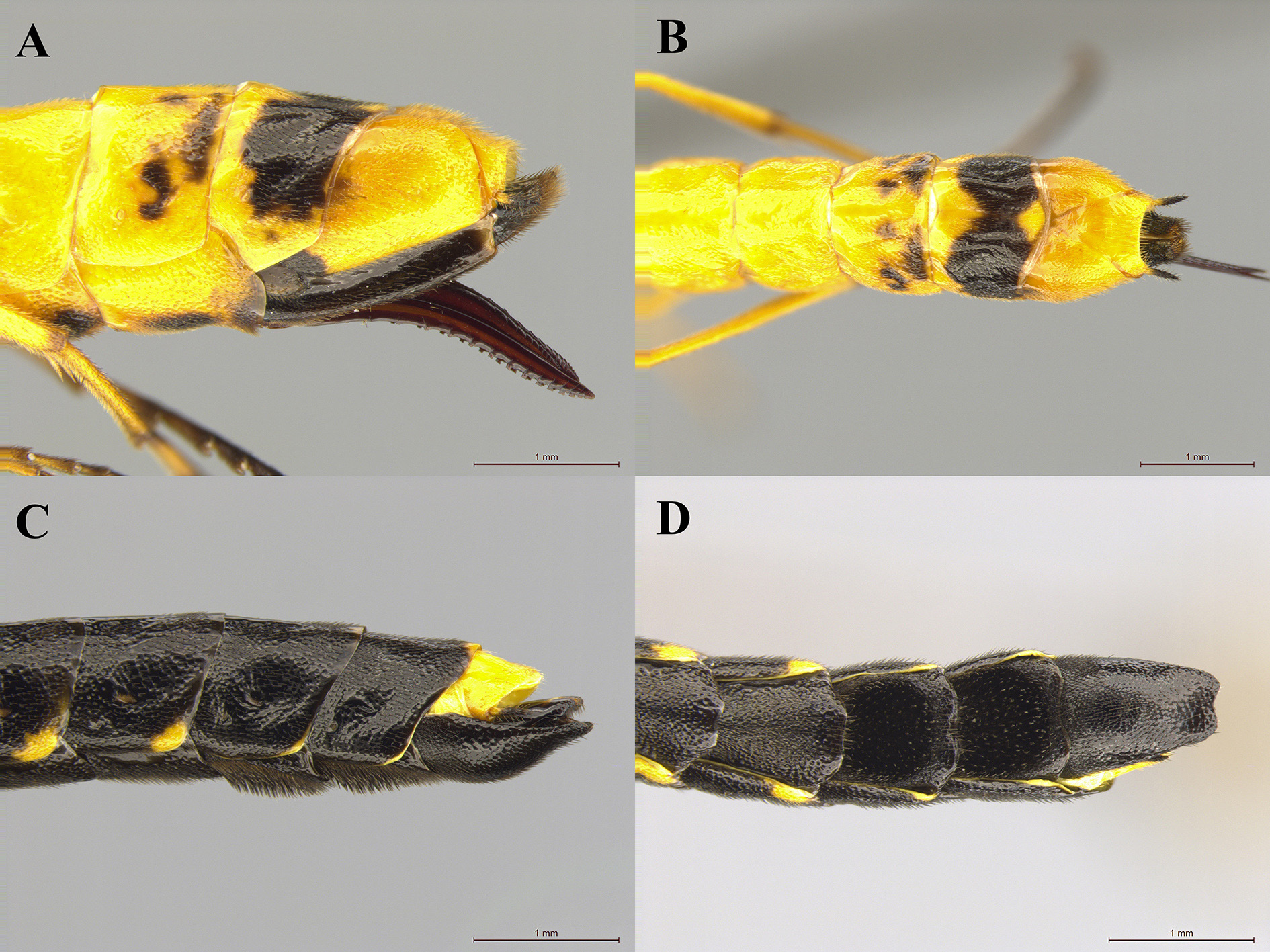