Remarks. The study of the holotype of T. setosus  revealed an important mistake in the original description. According to Quatrefages (1866) the holotype has 45–46 thoracic segments and 34–35 abdominal ones, while it in fact has ~93 segments, with notopodia present until the segment 56 (= “thorax”), but thorax and abdomen are not well defined in this species, as the uniformly cilindrical region begins well before the termination of notopodia (see Nogueira et al. 2010, 2013), meaning there are ~37 abdominal segments, the last ones in formation, very compacted and difficult to count. Besides the number of thoracic and abdominal segments, the original description only provides some unclear information about the insertion of the branchial filaments ( Quatrefages 1866).

Finally, the description above says eyespots are absent, but this may be an artefact due to the holotype being in ethanol for more than 150 years. Perhaps eyespots were originally present, but they are completely faded now, only remaining a thin darker line at base of basal part of prostomium ( Fig. 1View FIGURE 1 G). 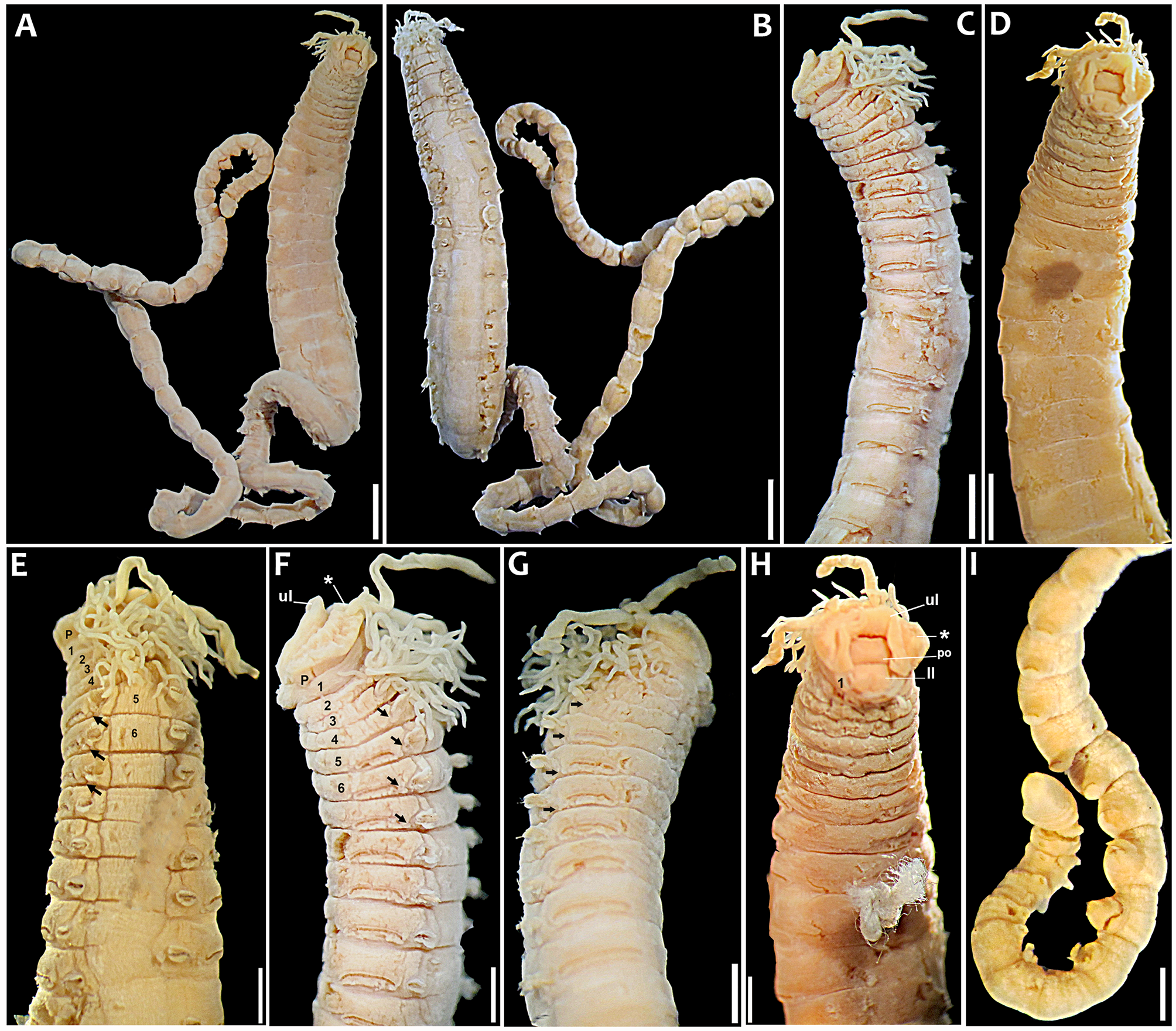