Diagnosis. Male with head and scutum granulated and reticulate rugose; OPL about as long as OOL; propodeum provided of strong transverse keel between dorsal and posterior surface; posterior surface of propodeum not provided with longitudinal keels; paramere about as long as penis, without distal inner pointed or rounded process ( Fig. 2A View Fig ).

Etymology. This species is named after Evariste Nkubaye of the Institut des Sciences Agronomique du Burundi who helped greatly with our collecting of Dryinidae   and other insects. 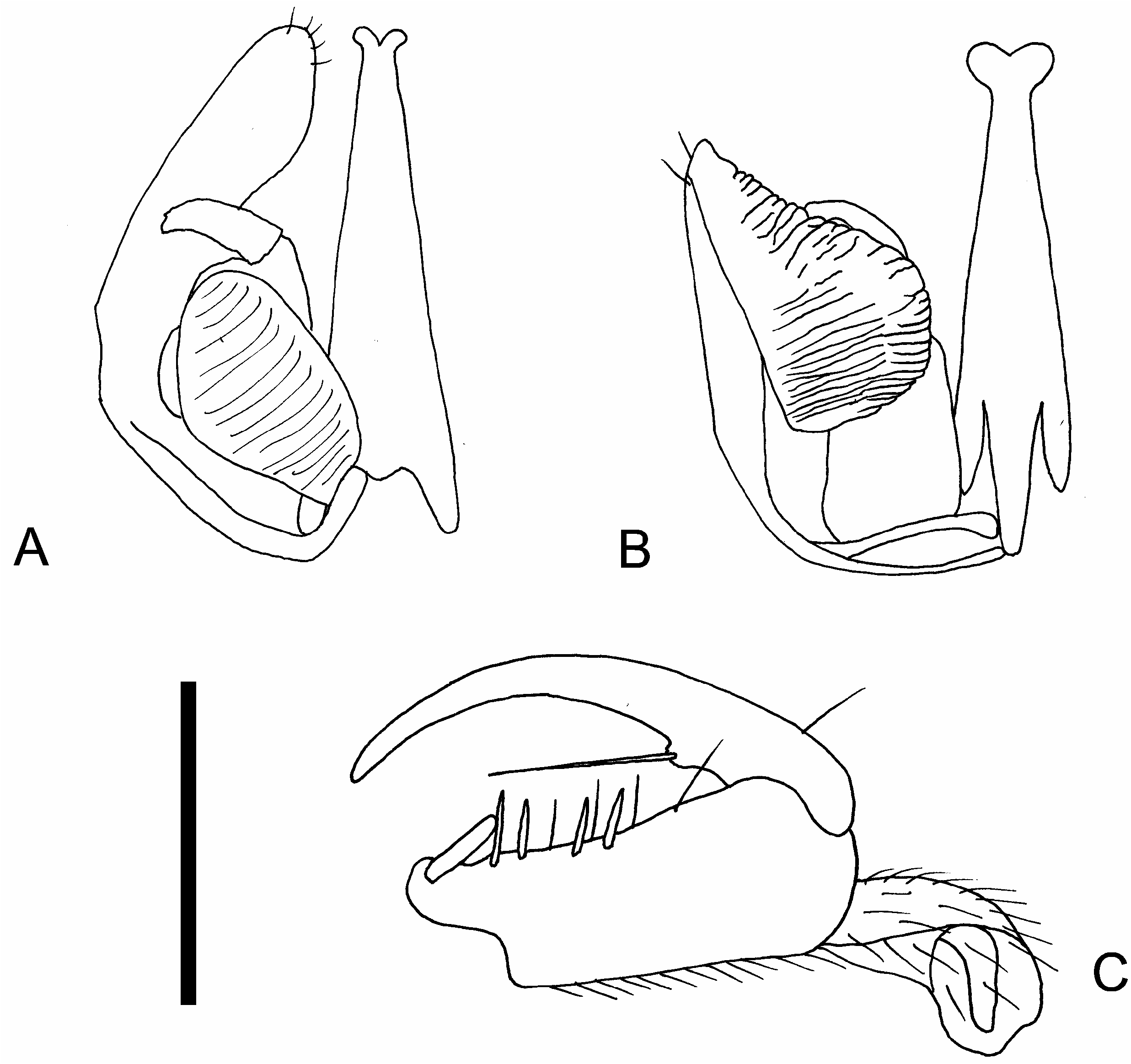