Branching more or less in one plane and mostly alternate. Lower-order stems polysiphonic in part of their extension; at least third-order stems present.

Apophyses supporting hydrocladia and provided with one mamelon and three pairs of nematothecae ( Fig. 9F View FIGURE 9 ): one at base of apophysis, a second pair in the middle and a third one at distal part.

According to Ramil & Vervoort (2006), Nemertesia ramosa   is widely distributed in tropical, subtropical and temperate East Atlantic; from Norway and Faeroes to South African coast, reaching Mozambique in the Indian Ocean. Our material comes from the Porcupine Seabight. 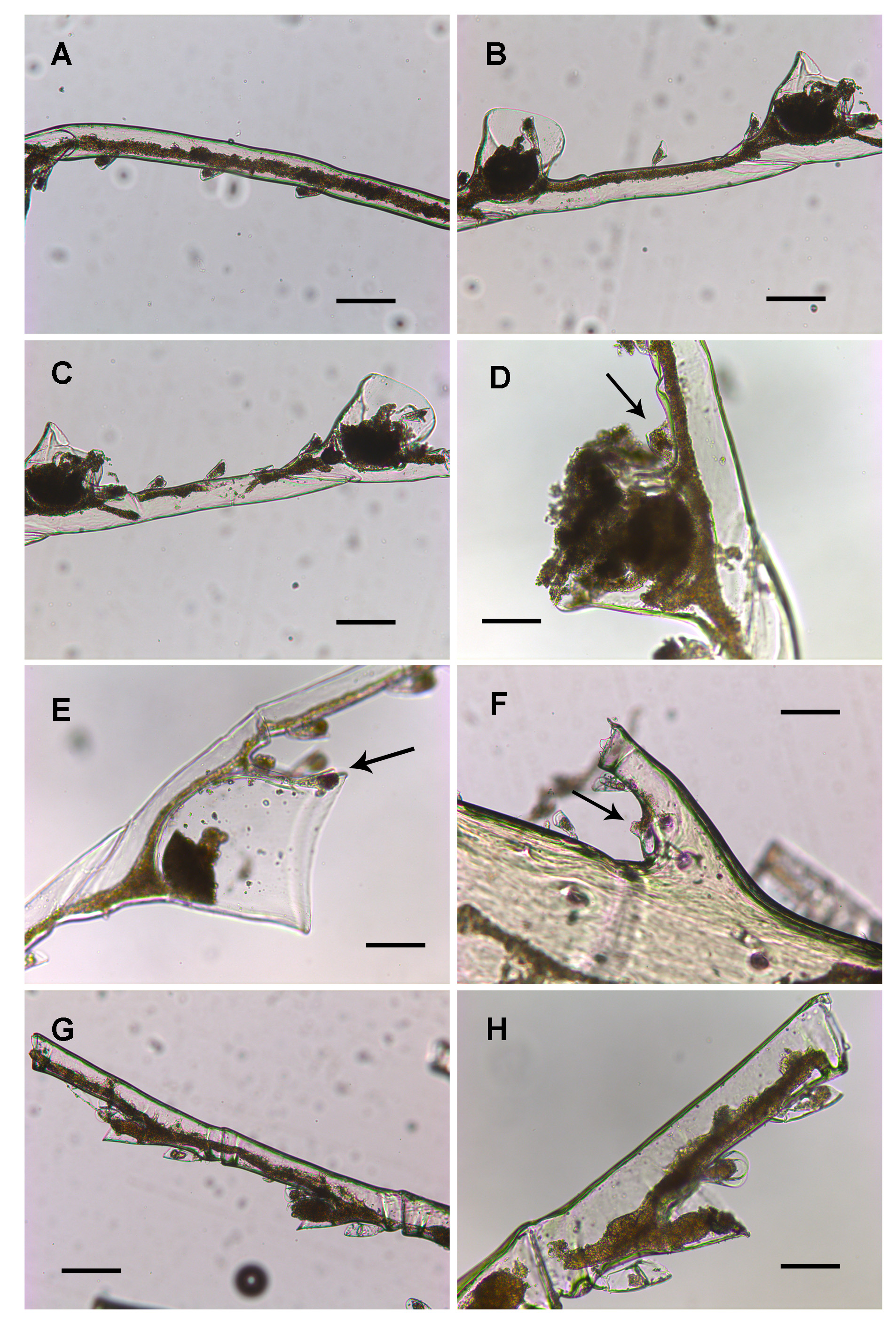