Remarks. This species is easily recognizable by the simultaneous presence of adnate and free hydrothecae. The adnate ones ( Fig. 4G View FIGURE 4 ), alternately arranged in one plane, are tubiform, with the apical portion curved outwards. The free hydrothecae ( Fig. 4H View FIGURE 4 ) are on short pedicels that originate on the opposite side of each adnate hydrotheca, by the middle of the adcauline wall.

See Schuchert (2001) for a recent discussion on its taxonomic history and Schuchert et al. (2017) for the identification of the medusa stage, which belongs to Ptychogena crocea Kramp & Dumas, 1925   , and a discussion on the validity of genus. Schuchert et al. (2017) also considered that S. plicatile   is most probably a complex of cryptic species and taxonomically considered it as a partial synonym of P. crocea   .

Worldwide distribution ( Peña Cantero 2014). Schuchert (2001) considered this species as predominantly circumarctic, although he indicated that it is also known from New Zealand, Antarctica, far southern America and Philippines. Our material comes from the Porcupine Seabight and Rockall Bank. 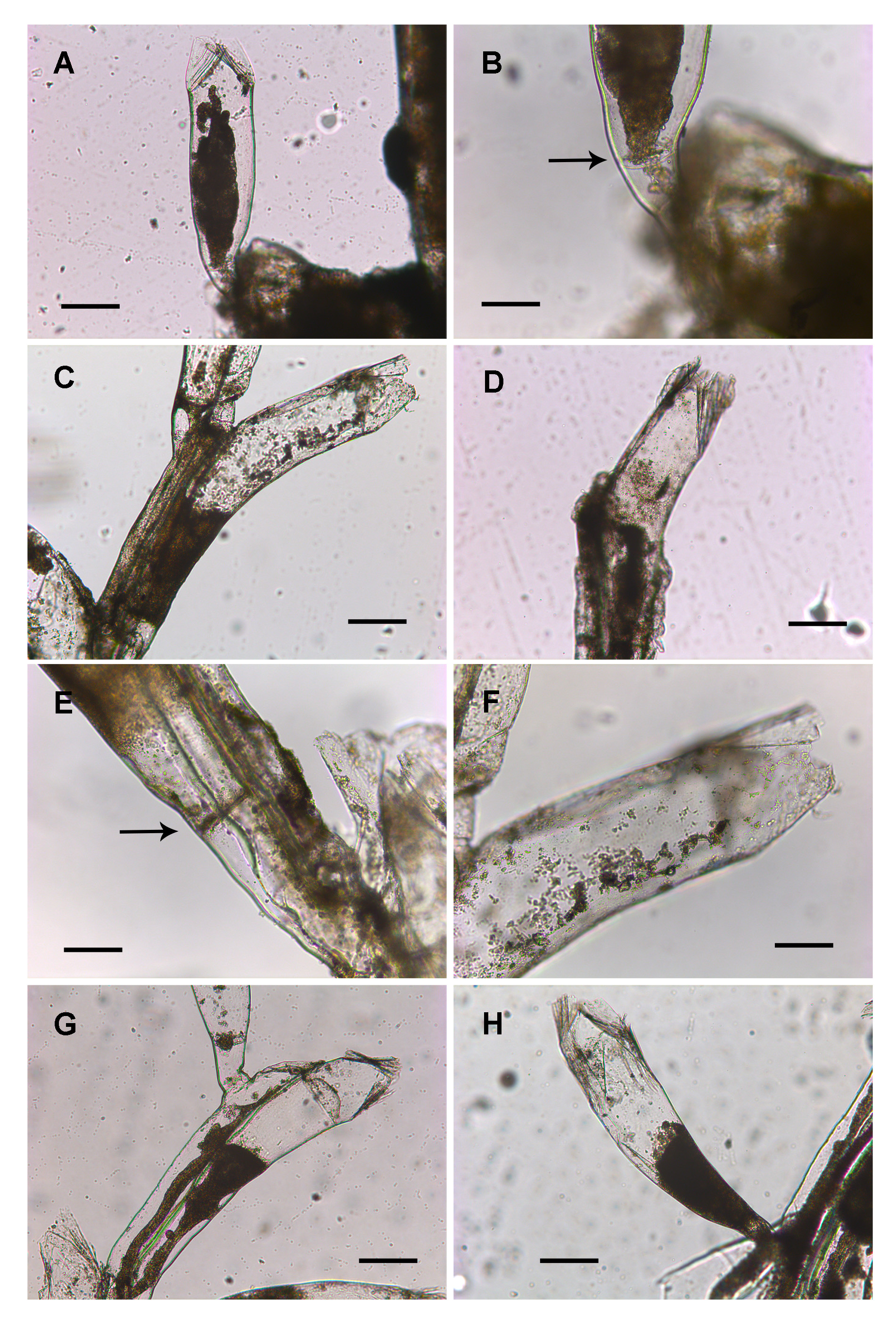