Description. Stems up to 50 mm high, almost completely polysiphonic, and divided into internodes with a distinct zigzag arrangement. Some anastomoses between branches present.

Remarks. The material from JC037/019 has slightly larger hydrothecae than previously recorded.

This constitutes the third confirmed record of the species. See Peña Cantero et al. (2007) for a re-description of the type material and a discussion of its relationship with other species in the genus. The material examined agrees with A. crassicaulis   in the shape and size of the hydrotheca, the size of the nematocysts and the marked zigzag arrangement of the internodes. Acryptolaria conferta ( Allman 1877)   also has a marked zigzag arrangement of the internodes and a similar hydrotheca, but the nematocysts are distinctly larger and the hydrothecae are smaller.

The species has an uncertain distribution. It is recorded with certainty off Ascension Island (07°54’20’’N, 14°28’20’’W), and in waters of the Loyalty Islands and New Caledonia ( Peña Cantero & Vervoort 2010). The present material, which constitutes the third confirmed record of the species, comes from Rockall Trough and the Mid-Atlantic Ridge. 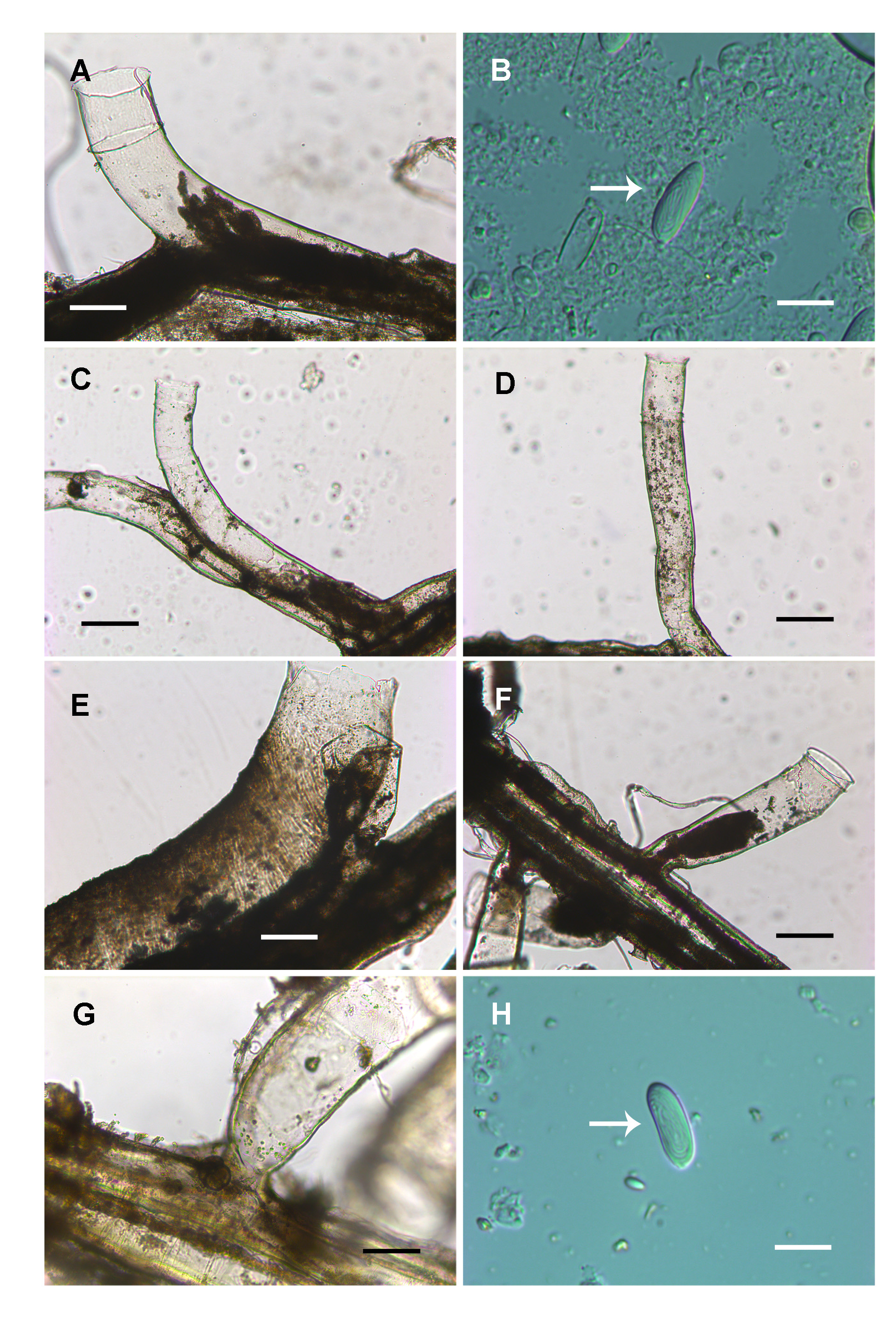