Condition of the type material. The single specimen is in rather fair condition, the wings are spread; the frons is slightly abraded; the right antenna and right labial palpus are broken.

(1) the sacculus of E. obtusella   is almost straight; in E. stichospora   it is medially convex;

(4) the vesica of E. obtusella   is without cornutus; vesica with an arrow-shaped cornutus in E. stichospora   .

Biology. The single known specimen was collected in a pine forest in early March. Larval biology is unknown.

Remarks. This species belongs to the E. freyerella   species group sensu Kaila (1999 b). Elachista obtusella   is only the second species of this group recorded from Nepal.

Etymology. The species name is derived from the Latin obtusus (blunt, dull) in reference to the peculiarly blunt apex of the saccus. 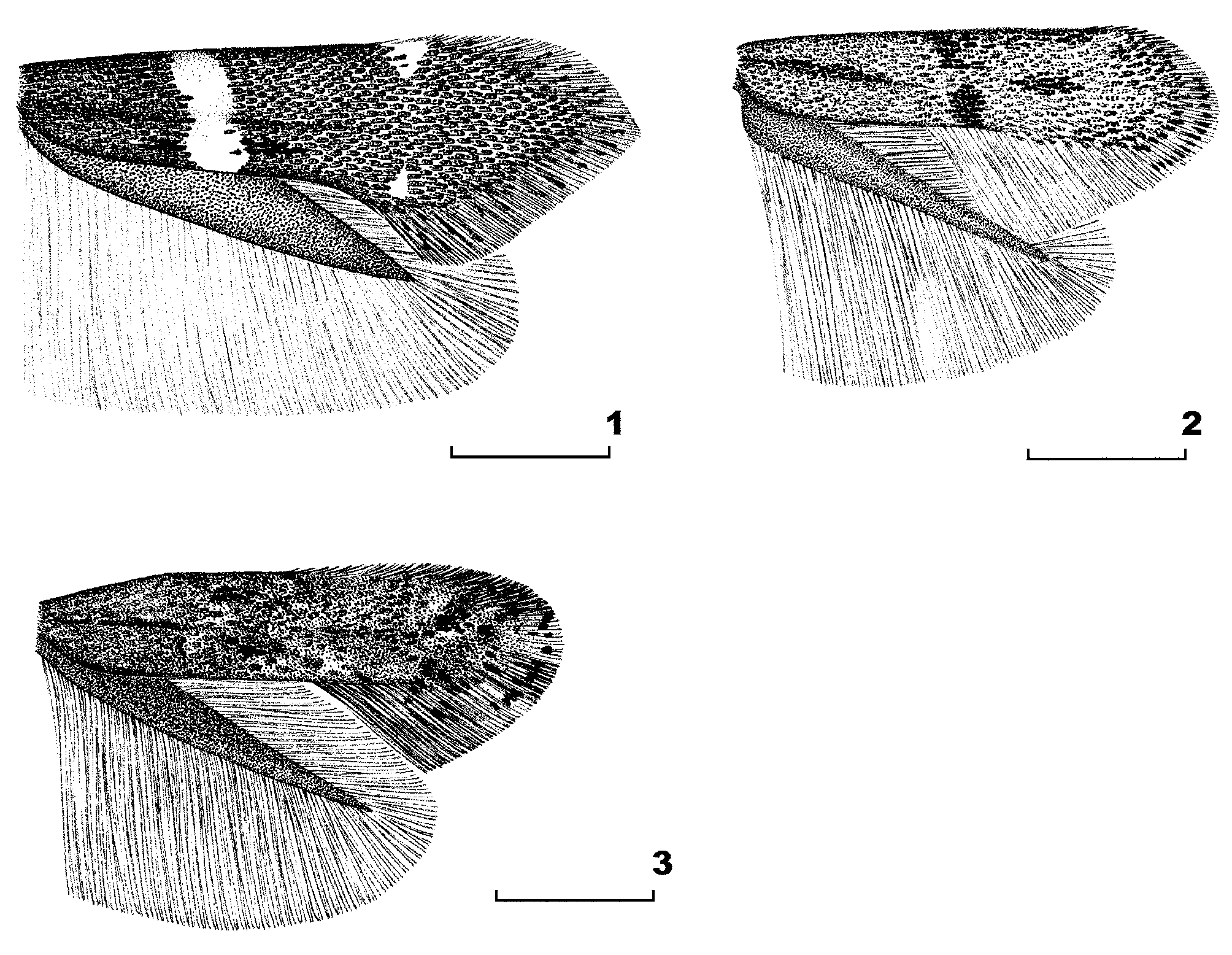 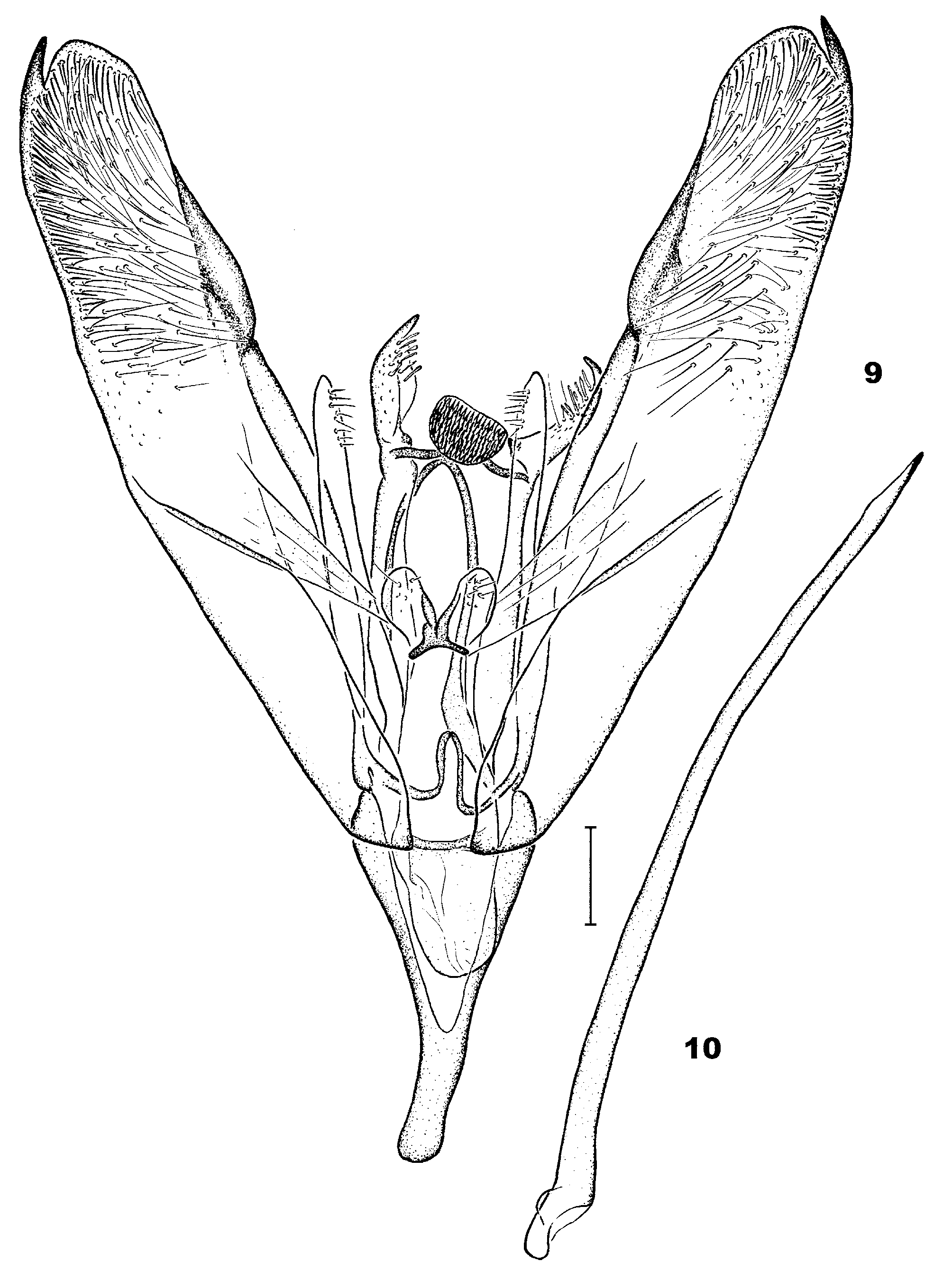