Condition of the type material. Relatively well-preserved. Holotype with incompletely spread wings, the terminal fringe scales of the forewing are slightly abraded, and the left antenna is broken near the middle. Although the forewings are somewhat rubbed in the paratypes, the pattern is clear.

Diagnosis. In wing pattern the species is hardly distinguishable from many others. In male genitalia E. tuberella   very closely resembles E. deficiens Meyrick   , known from Sri Lanka ( Meyrick 1922; Sruoga & Diskus 2006). The main differences between E. tuberella   and E. deficiens   are:

(2) the incision between the juxta lobes of E. tuberella   is Y-shaped; in E. deficiens   it is V-shaped.

Biology. Adults were collected in mixed secondary scrub in early June and in a pine forest in early March. Larval biology is unknown.

Remarks. This species belongs to the E. freyerella   species group sensu Kaila (1999 b). Elachista tuberella   is the first species of this group recorded from Nepal.

Etymology. The species name is derived from the Latin tuber (protuberance, excrescence) in reference to the peculiar hump in the middle of the phallus. 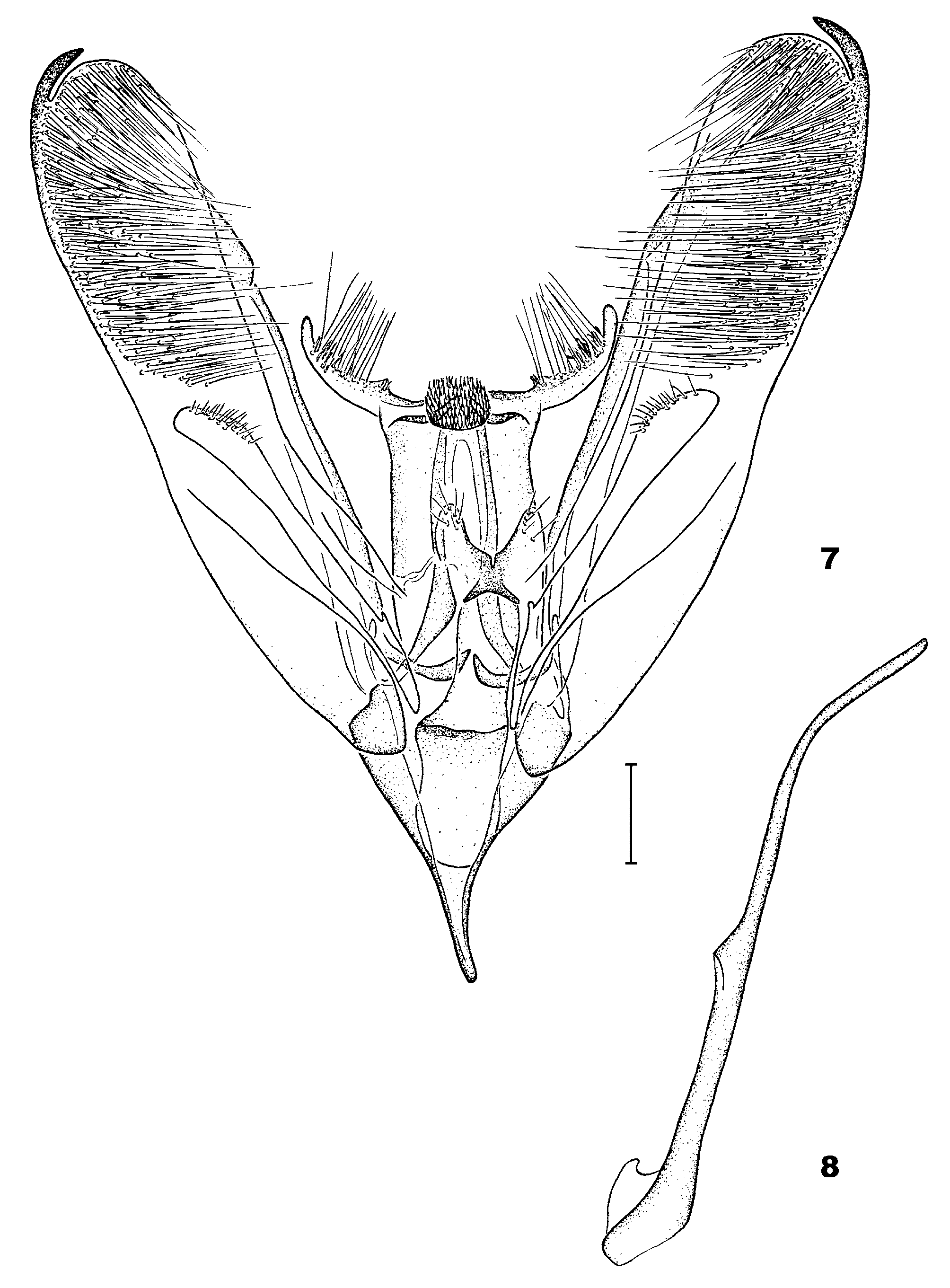