Diagnosis. MALE. The following combination of characters is diagnostic for L. ilex   : the body is largely darkbrown to black, the tegulae are often orange; the mandible lacks a ventral tooth basally; the head and T2 disc have separated punctures; the forewing has its veins encompassing the basal 0.7 × of the wing; the T1 shape is subsessile; the T2 fringe is composed of simple setae; and the paramere is virtually straight, laterally subcompressed, and having long setae ventrally throughout its length. Body length 4–5 mm.

Distribution. Mojave and western Sonoran Deserts in California and Nevada.

Remarks. This could be the sister species to L. hedera   based on structural similarities in the mandible, T2 fringe, and genitalia. It could be the opposite sex of L. warneri   , given that they have overlapping distribution and are both apparently related to L. hedera   . 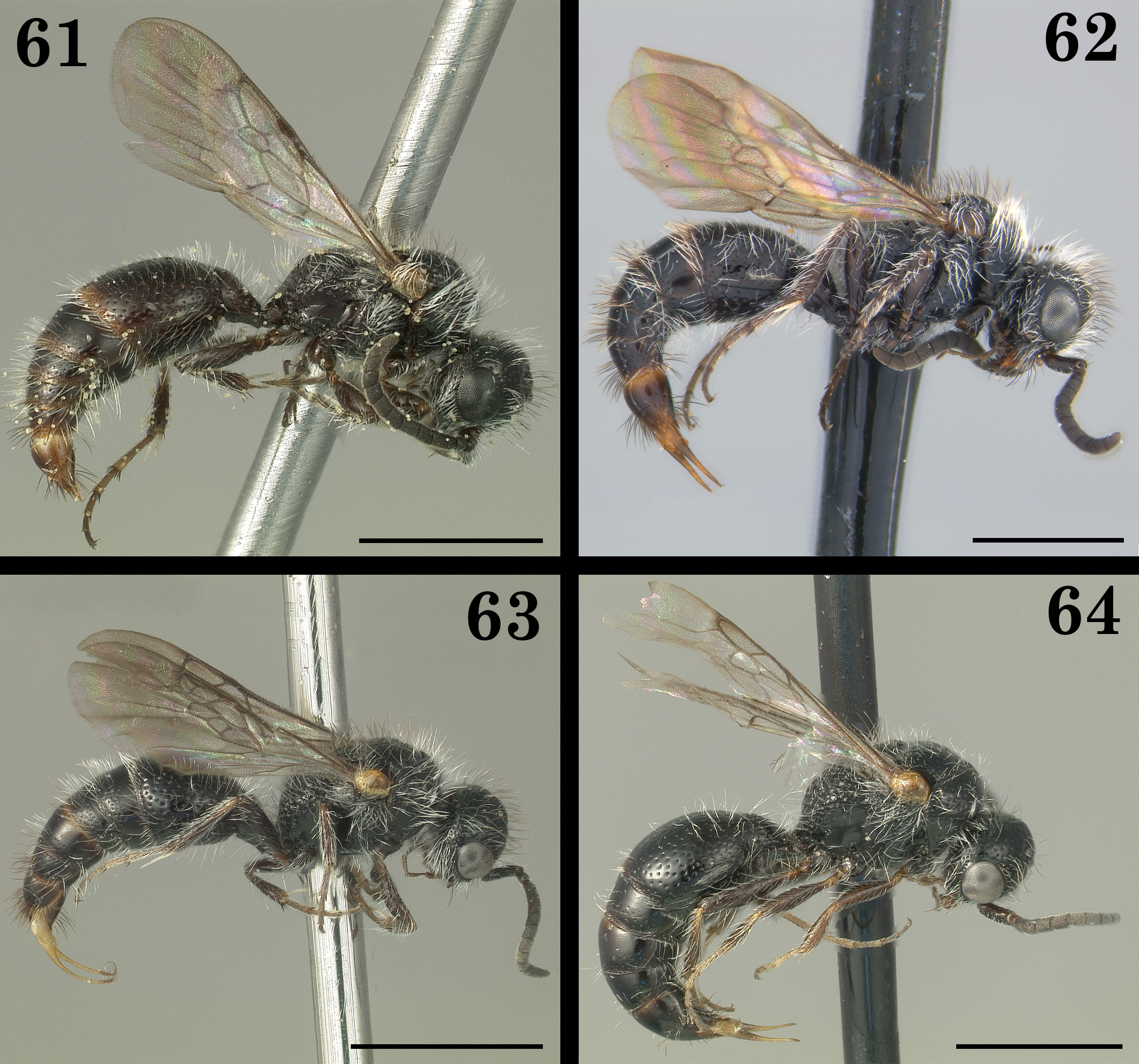