Diagnosis. Onysius   differs from both Chalcodrya   ( Fig. 1C View Fig ) and Philpottia   ( Fig. 1D View Fig ) in having the antennae much longer than head and prothorax combined, the elytra tuberculate and much broader than the base of the prothorax, abdominal ventrites 3 and 4 not connate, tegmen subdivided into a basale and apicale, female genital tract with a small bursa and large spermatheca and spermathecal gland, lacinia without an uncus, and metendosternite with a short, broad, median process. Many of these character states also occur in various members of the Promecheilidae   , and it is somewhat surprising that the genus was not moved to that family previously. It should be noted, however, that both Watt (1974a) and Lawrence (1994) were mistaken about the connation of four abdominal ventrites in Onysius   ; only three are connate, as in other promecheilids. Promecheilidae   are a much larger and more widespread group than Chalcodryidae   , with nine genera and 20 species distributed from Tasmania to Patagonia and southern Chile, with Onysius   as a distinctive New Zealand outlier. The genus may be distinguished from other promecheilids by the characters given in the key below.

Distribution. The sole species of the genus, Onysius anomalus   , has been collected infrequently but is quite widespread in New Zealand (see map in Watt 1974a). It has not been collected north of Auckland, many central areas of the North Island, and in the South Island it has not been recorded from Fiordland or from drier regions in the east. It is absent from offshore islands, apart from Stewart Island.

Biology. Onysius anomalus   occurs in forests with moderate to high rainfall and up to 1,370 m ( Watt 1974a). Collections are mainly from beating vegetation, and the color indicates it may be associated with mossy habitats, much like some true chalcodryids with green and black mottling of the dorsal surfaces. Their diet remains unknown, and one dissected female had the setose lumen of the crop containing undifferentiated material with no identifiable fungal spores or hyphae and possibly some plant matter. 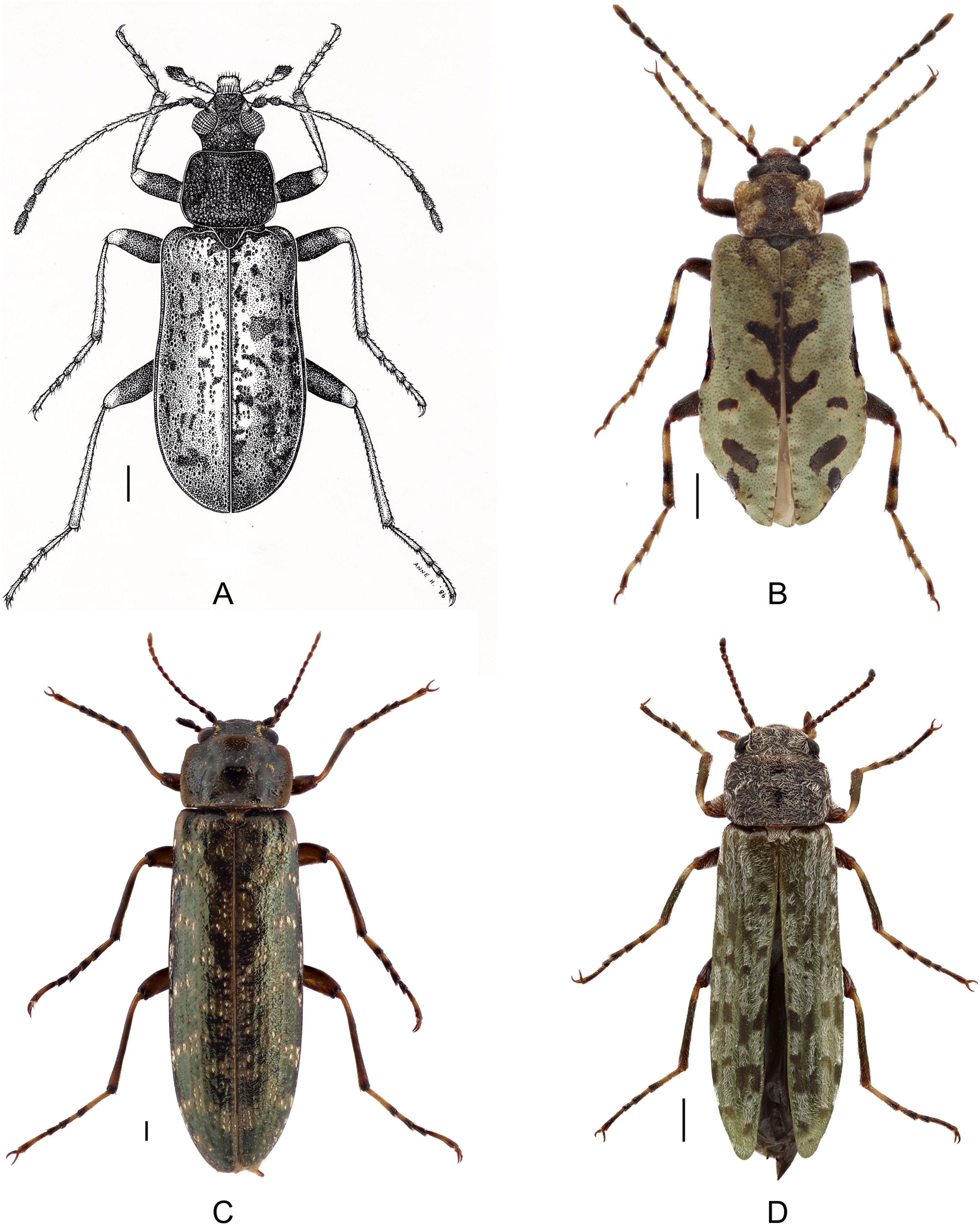