Pronotum as long as wide, with sides progressively widened and then convergent in the fore third; maximal width at two thirds of its length, wider than head at eye level; a suboval depression on each side and one longitudinal unpunctuated raised area; punctures as on head, but wider. Sides of mesonotum convergent posteriorly. Elytra elongate, only slightly convex, about twice as wide as pronotum at base, without tracks of venation and with a depression extended from humerus to the basal third; punctures very dense, subrugose and less deep than on head and pronotum. Legs slender, with punctures dense and quite large; fore and middle tibial spurs slender; both hind spurs elongate and spoon-like, the inner one longer than the external, both shorter than half tarsomere I.

Last male visible abdominal sternite ( Fig. 3d View FIGURE 3 ) slightly curved on internal margin and evidently curved on the external one, the portion not depressed wide, apically with scarce and scattered long setae. Male gonostyli in lateral view slender and very narrow, depressed longitudinally in the middle as well as on dorsal side, at base and on ventral side in the apical third; sides subparallel, apex conical, slightly curved and with microsetae, with a basal appendix as long as one third of the gonostylus with a tuft of setae reaching almost the apex of gonostylus ( Fig. 2l View FIGURE 2 ).

Etymology. The name of this species is inspired by the type locality, Sutherland, a town well known for its starry sky and the astronomical observatory (in latin star = stella).

Affinities. This new species belongs to the group of I. ursus , and is particularly related to I. ursus and I. lanuginosa (Pitzalis and Bologna, unpublished). Phenetically it is very similar to the latter species, which clearly differs because of the shape of last male sternite ( Fig. 3c View FIGURE 3 ) and the presence of two hooks on the distal portion of aedeagus ( Fig. 2k View FIGURE 2 ). 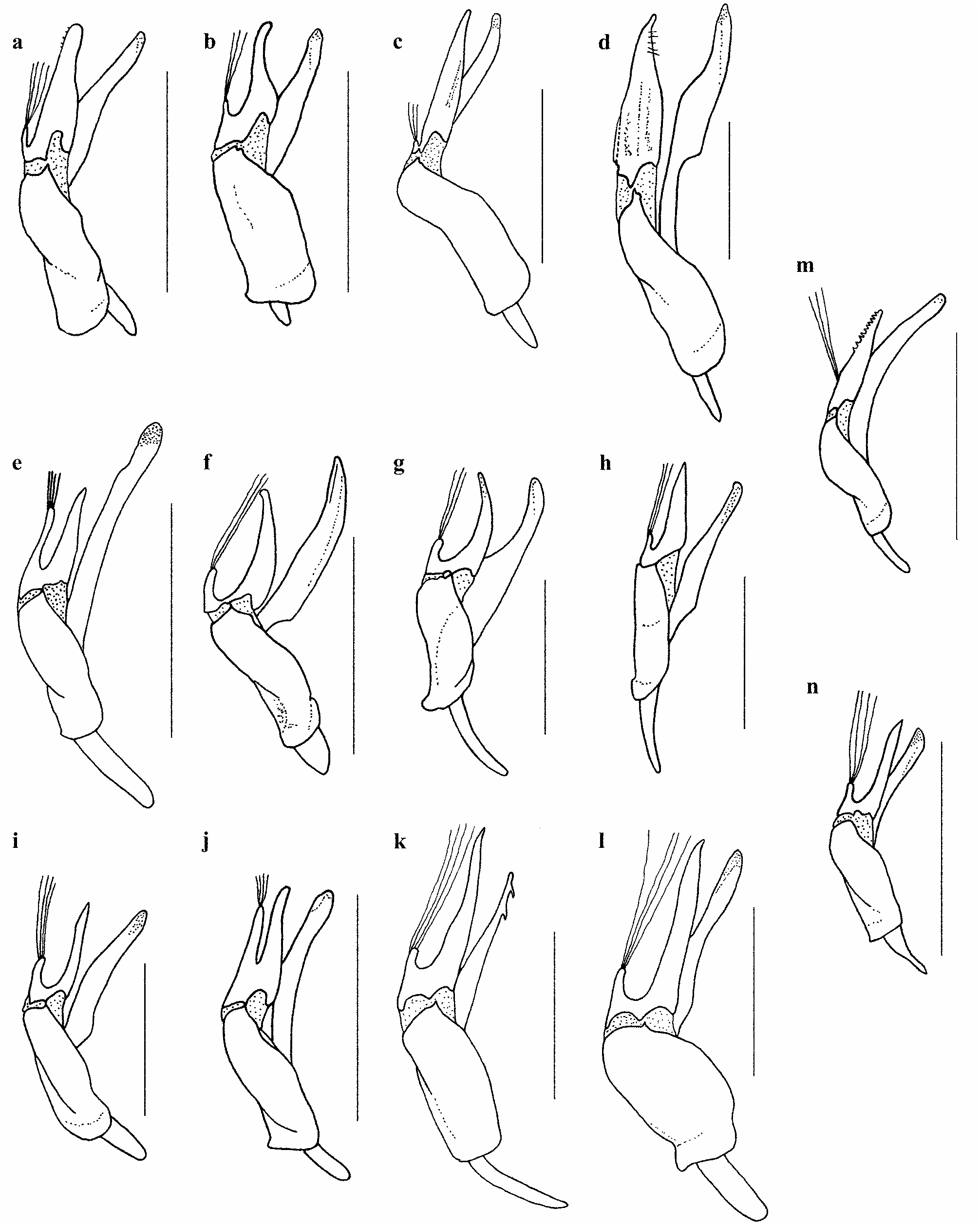 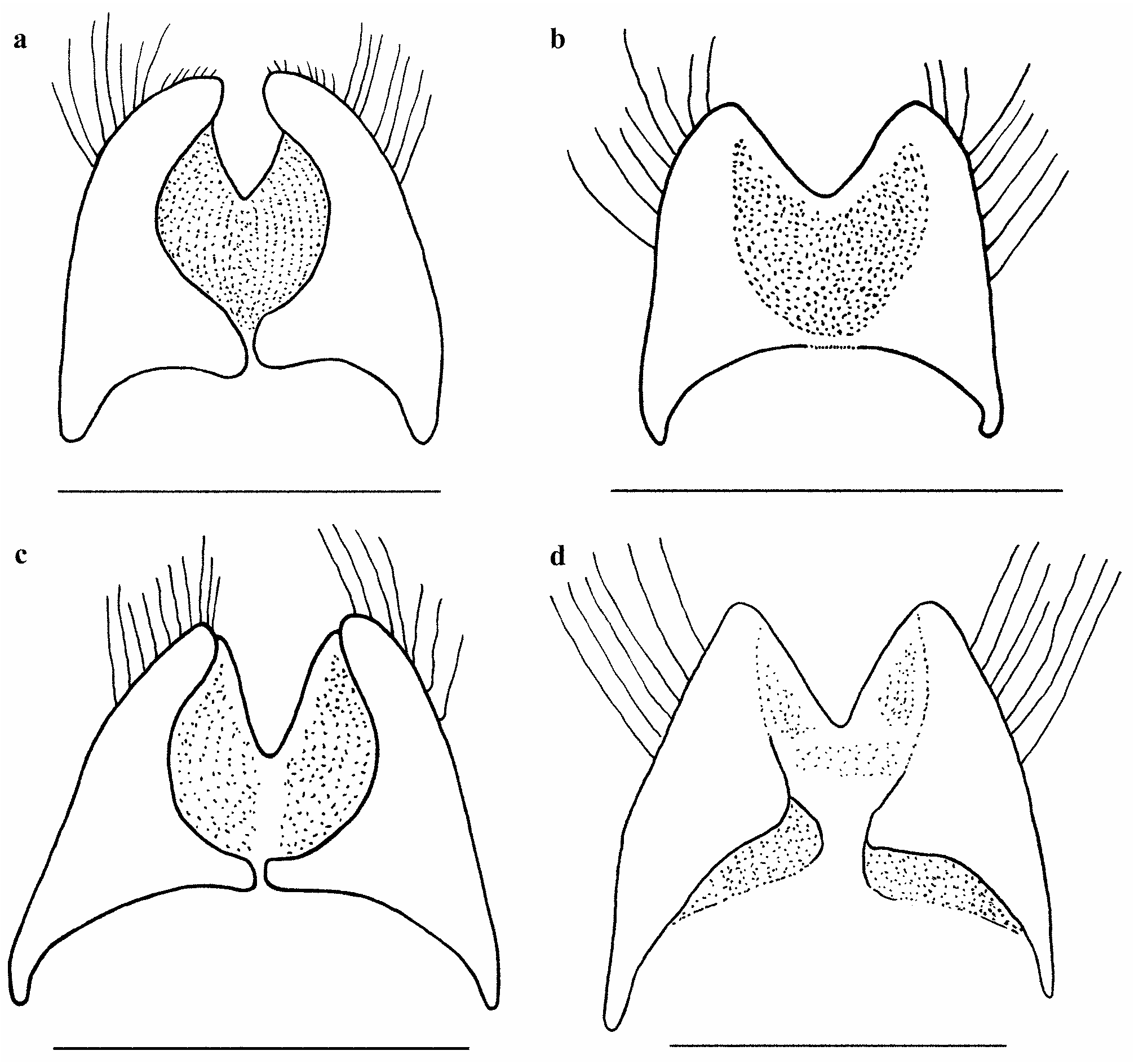